Renegades are the first team invited for the IEM Sydney 2019

The first direct invite for the upcoming IEM Sydney 2019 has been announced yesterday with the local team Renegades making their way into the biggest esports event that the country hosts annually. 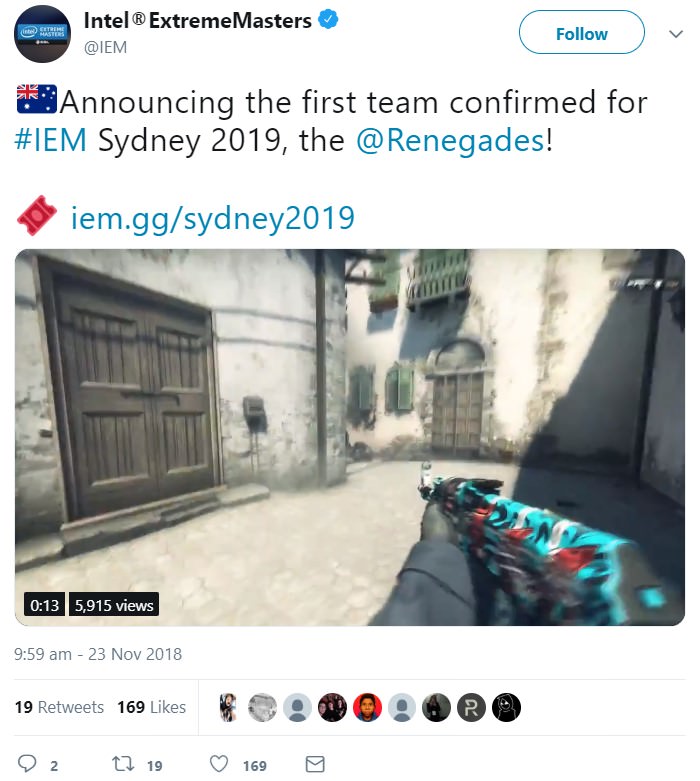 The event that has been taking place in Australia for the past 2 years is back for its third iteration which will be taking place from 30th April – 5th May 2019.

IEM Sydney 2019 has announced that a total of 16 teams will be participating in it, out of which 8 teams will be receiving direct invites. Renegades being the first team to have been invited for the event.

Renegades who had lost to Mousesports in the quarterfinals of the previous iteration of the tournament are currently in Thailand, as they are participating in the ongoing Toyota Masters CS:GO Bangkok 2018 where they have managed to reach the semifinals after making their way through the group stage.

Hope to see Renegades hold onto their current form or improve on it, even more, to reach further than their last outing at IEM Sydney 2018. 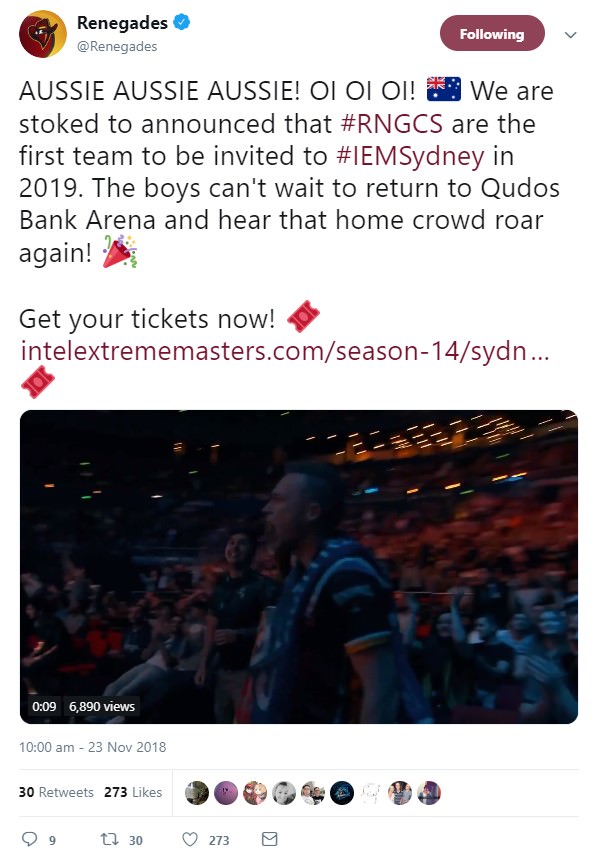 Renegades current line-up is as follows: