The final leg of the tournament saw qualified teams battle it out at Animus Gaming Cafe Powai (Mumbai) over a span of two days.

Day 1 proceeded smoothly for Dota 2 participants however numerous technical issues plagued day 2 - crashing computers, occassional frame rate drops and even an internet outage were among them.

The final game was meant to be a best of three between Criminal Gaming and Surekh Gaming. The game was delayed considerably owing to an internet / lan failure. Once the issue was resolved (around 9 30 p.m.) and the game got under way, two consecutive PC crashes paved the way for disaster. 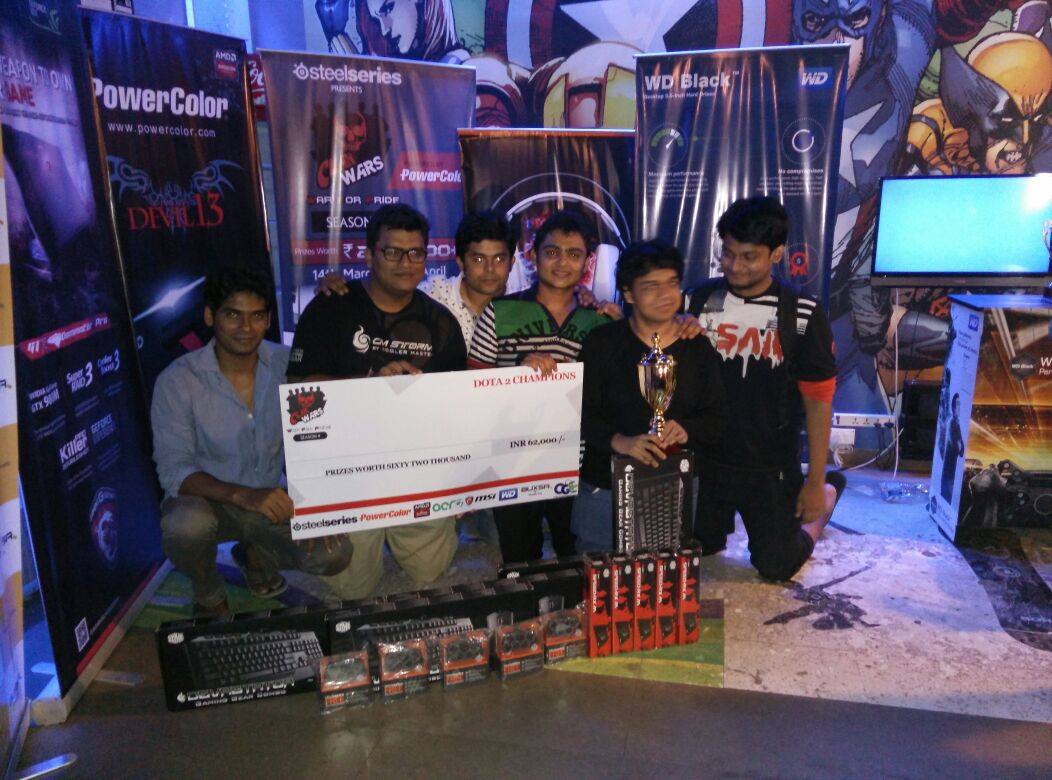 
Tired, annoyed and in no mood to make a late night commute back to their respective homes - Surekh Gaming decided to graciously tap out thus awarding a default victory to their opponents. A very anticlimactic end indeed.

The brackets are as below however they haven't been updated yet

Simultaneously, we were told that the Counter Strike Global Offensive tournament was shifted to a cafe in Vashi on account of low / unplayable FPS.

On the bright side though, winning teams were allotted prizes on the spot. Tons of swag courtesy Steelseries, MSI, Acro, Western Digital, Buxsa and AMD were given out to the winners.