Ranking the Best Players of Indian Dota 2 in 2016


2016 has been a huge year for the Indian Esports Scene. We had an Indian team going toe to toe against eventual TI6 7th – 8th place finishers TNC in the SEA open qualifiers. We also had several premier Indian LAN tournaments which took place all over the country with premier LANs such as the Mountain Dew Arena, IeSc and the three extraordinary ESL India Premiership events.

We also had several standout individuals who stood out amongst scores of talented Indian gamers. Here's a look at ten such extraordinary players who I believe are the key for Indian Dota to get to the next level in 2017. These players have excelled in the game across various metrics in their pubs, scrims and even professional games.

The opinions expressed here represent my own personal views and thoughts. If you do not agree with me, feel free to spam me with hate messages at my social media accounts mentioned below.

These players almost made it to the list, but were left out due to various reasons. While some of them may not be from India they have been included as former participants in Indian Dota 2 tournaments anyway. 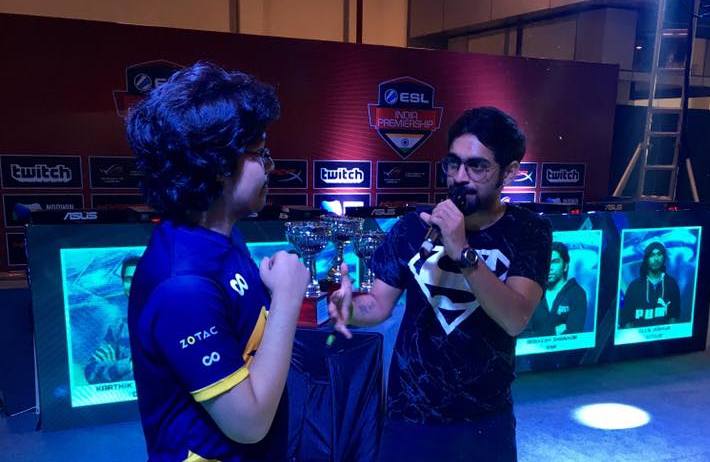 This guy was my favourite player at the Challenger Cup #2 and The Masters. He is a master of Chen play often times surpassing his own carry and mid in the farm department. I love the aggressive approach he takes in his games and his ganking rotations. I left him out of the top 10 because he is relatively new to the scene and is technically not from India but rather from Bangaladesh. The Council's Chen lineup was prepared enough to take down Invisible Wings at the group stages of The Masters of the ESL India Premiership and as the underdogs, J1N had a massive role to play in their victory. 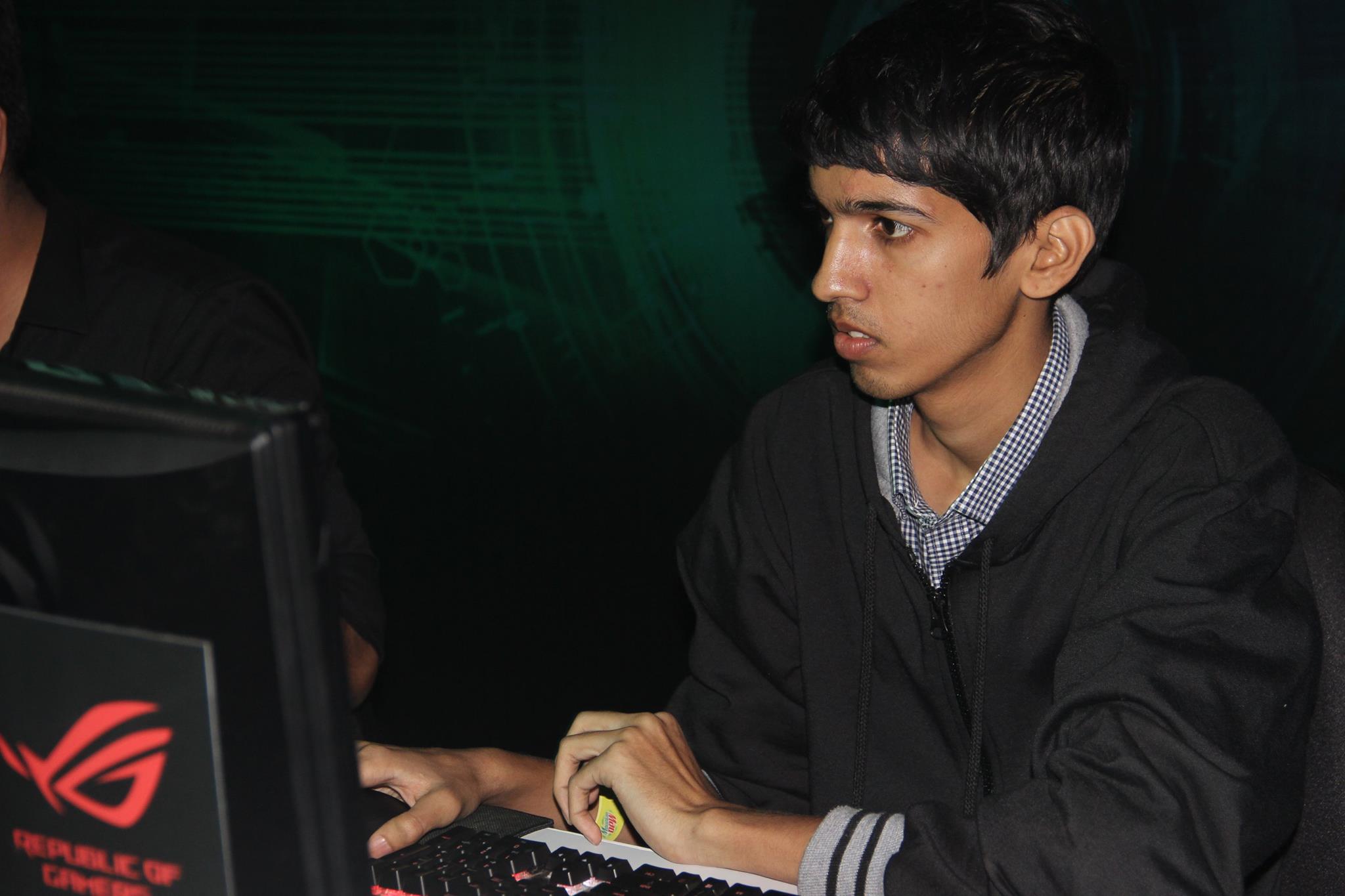 Someone who was a key part of Beyond Infinity performing so well in so many international events. Mr. Prasad Nalawade better known as Battusoi has seemingly retired from the professional Dota scene after Beyond Infinity disbanded to form Entity Esports. Had he taken part in any of the events after September he would have certainly made the Top 10 list. 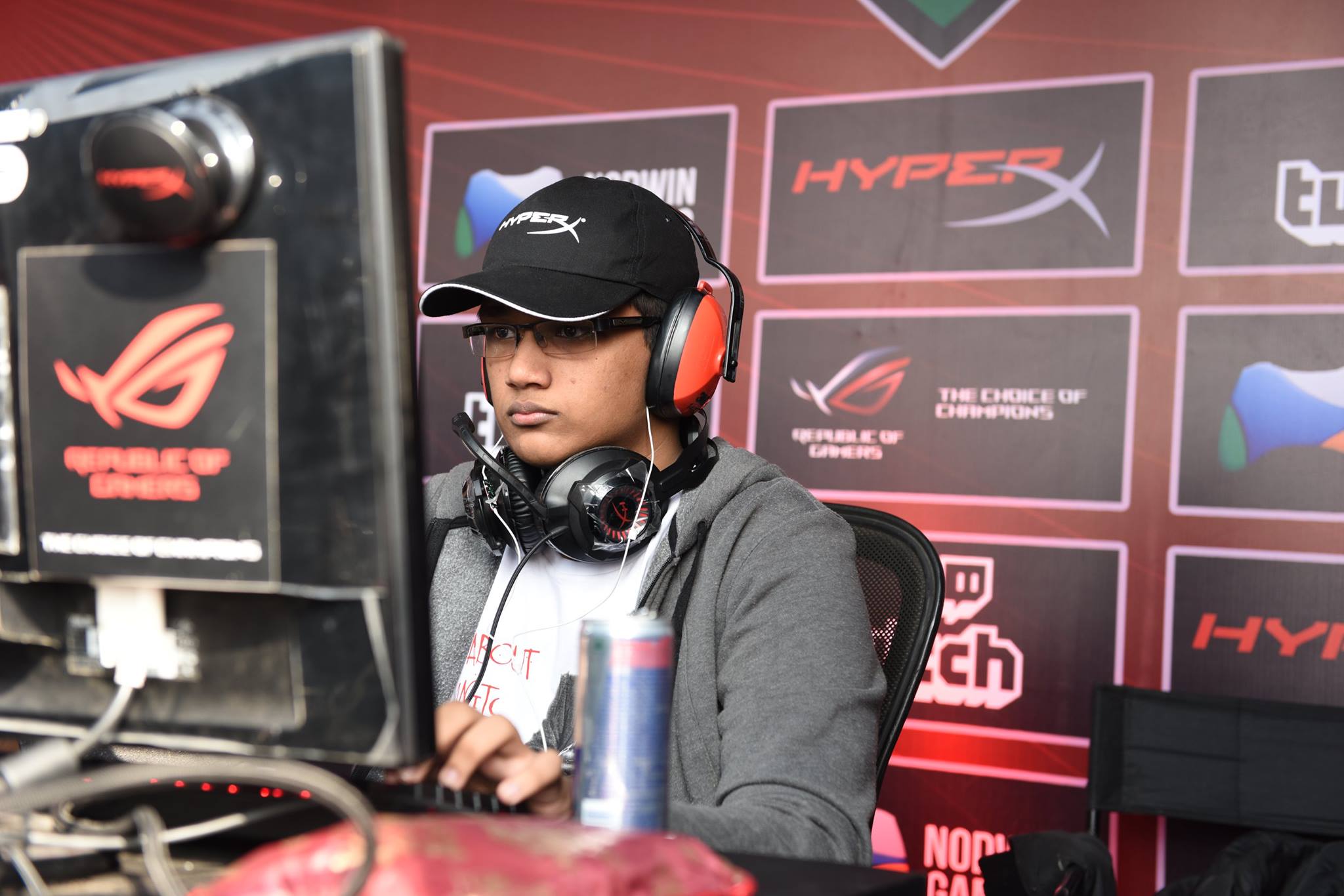 Negi has consistently performed astonishingly well in the midlane over the past year for Aggressive 5. He has been consistently improved over the year and his efforts paid off as he was rewarded with a trip to Malaysia where he had the opportunity to learn from the best players in SEA at the ROG Masters. Negi also had a brief stint with Beyond Infinity with whom he won the ESL India Premiership - The Masters. 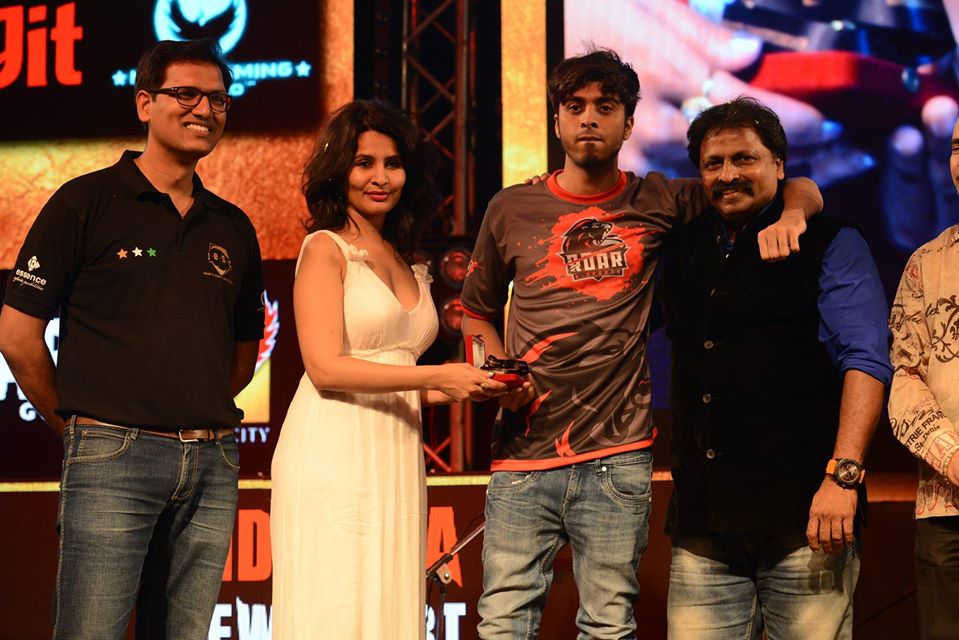 WeaponX has had a fantastic year with Roar Esports. He won "Republic of Winners" organized by Raptor Gaming Lounge. He also won the Indian Esports Championship held in Mumbai while also taking home the prestigious ‘Best Player of the Tournament’ award. He has certainly done enough to earn a place amongst the top 10 players of India in 2016. 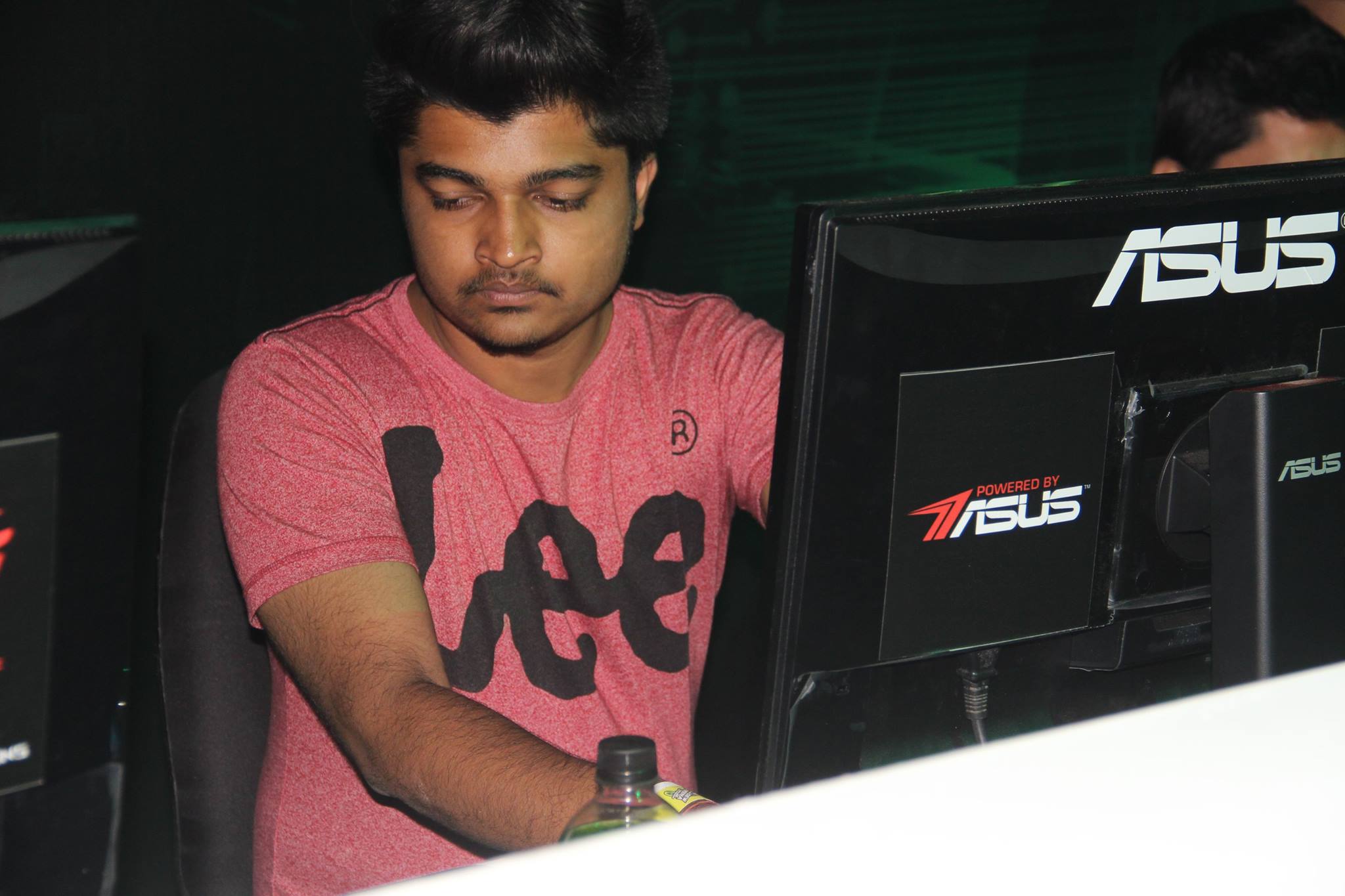 The Ingenious Archmage made the cut in our top 10 players of 2016 listing. He has had a phenomenal year with Invisible Wings and Dare2Dream with 3 runner-up finishes at 3 of the biggest tournaments of the year - The Masters, Challenger Cup #1 and IeSC. The only reason he isn’t higher on the list is because although he has been consistent across the year, his hero pool is very predictable which allows his opponents to abuse this with ju 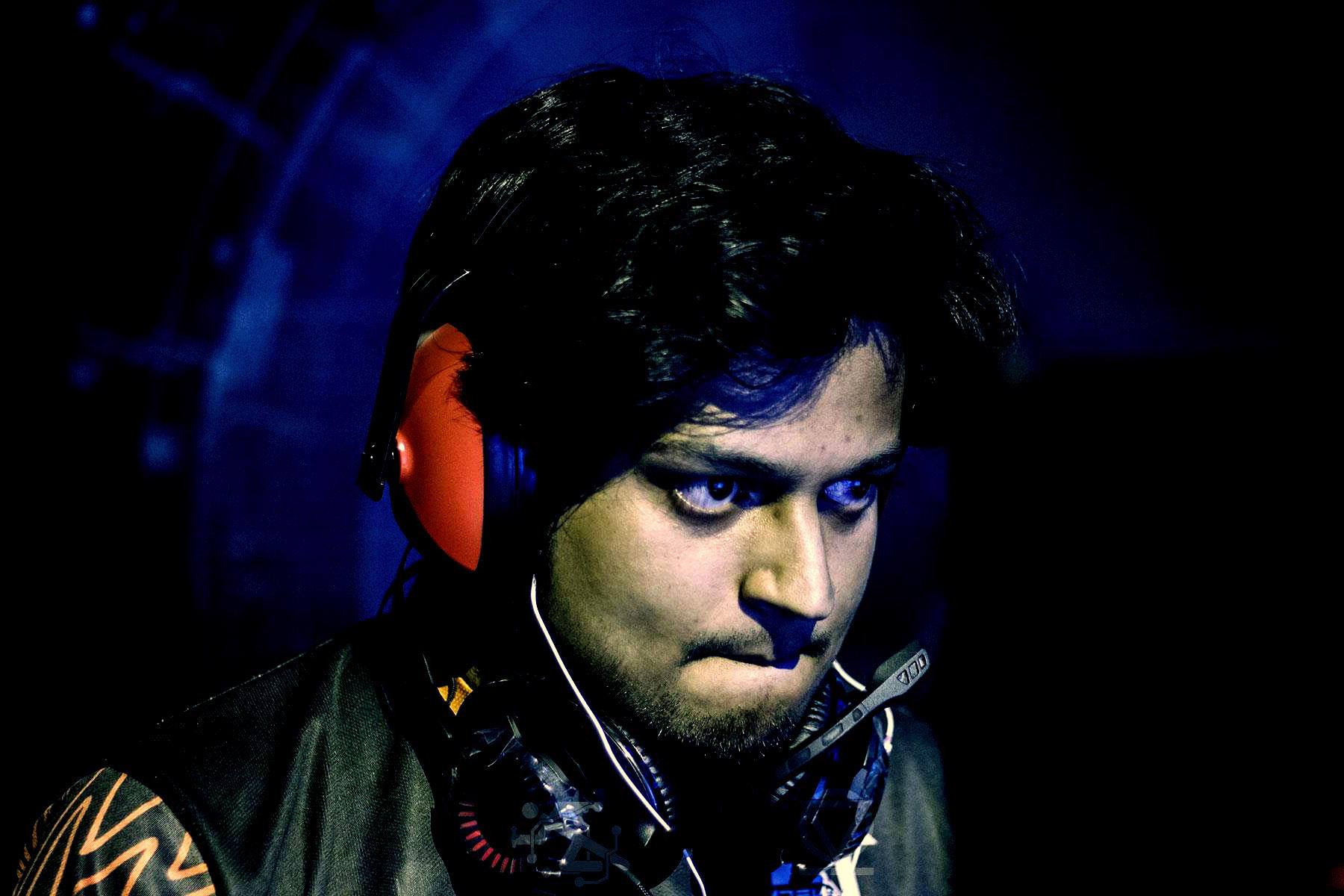 A35 is now a part of (IMHO) the best Indian team right now - Entity Esports. He has the highest MMR amongst all the offlaners in India, rumoured to be around 6790. He also has two second place finishes and 2 tournament wins in 2016. Although his performances over the first few months after TI6 ended were quite underwhelming, he has found his form in the ESL India Premiership – The Masters where his signature Batrider was a stable first ban courtesy his opponents. 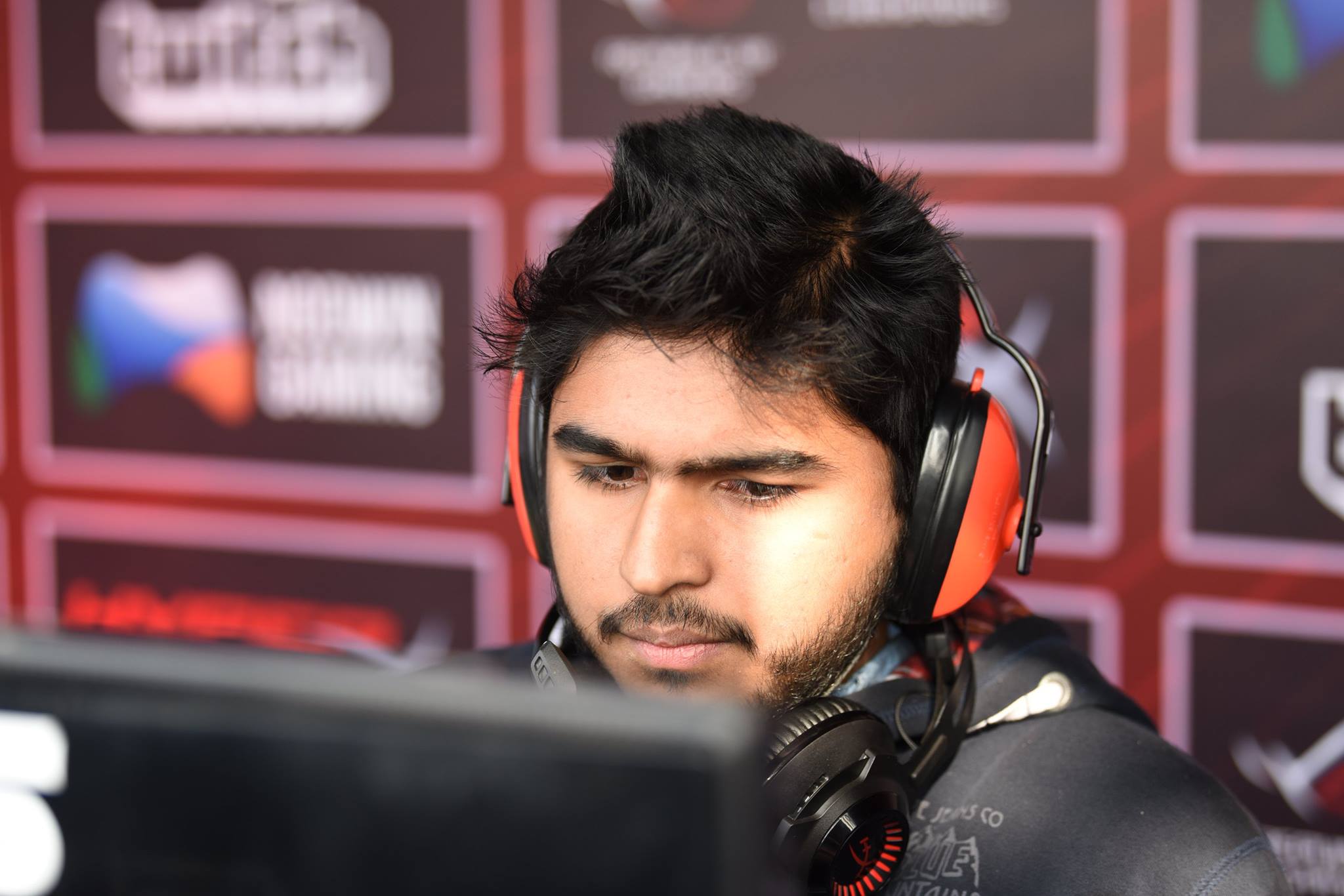 The other import from Invisible Wings to Entity Esports, Evil-Ash is one of the best supports currently plying his trades in India. Invisible Wings took 2 tournaments against Beyond Infinity in two top tier LANs, much of it was thanks to the significant contributions of Evil-Ash, as he kept his team alive and in contention through his support skills. He has formed an amazing ganking duo with No_Chanc3 over the past few months and will certainly be a key part of India’s rise into the Esports foray. Having served as Entity Esports' coach for a short stint before returning to the active roster, Evil Ash comes back into the fray armed with a deeper understanding of the game and his teammates. 2016 has blessed him with two runner up trophies as well as two LAN victories. 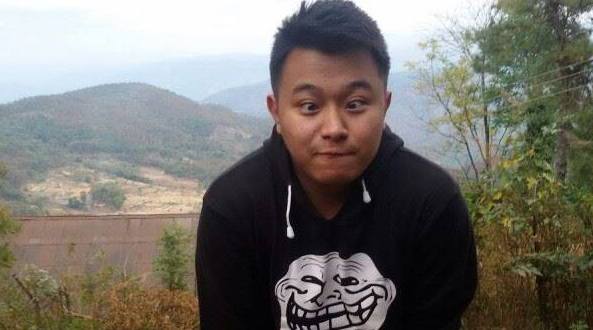 A lot of you might be wondering who this guy is. Padling is in this list quite simply because he is the fourth Indian player to make it to 7k MMR. He currently plays for Team Secret Joke and is a breath of fresh air on a team that has routinely struggled to reach the top. Padling is known for his efficient farming and skillful use of heroes such as Templar Assassin and Invoker. He is a mid player of the highest caliber, I’ve seen him destroy players like Arise, Net and even Mushi in SEA/EU pubs. He ranks this low because he doesn’t have any major trophies to his name. But I’d be surprised if that trend continues in 2017. 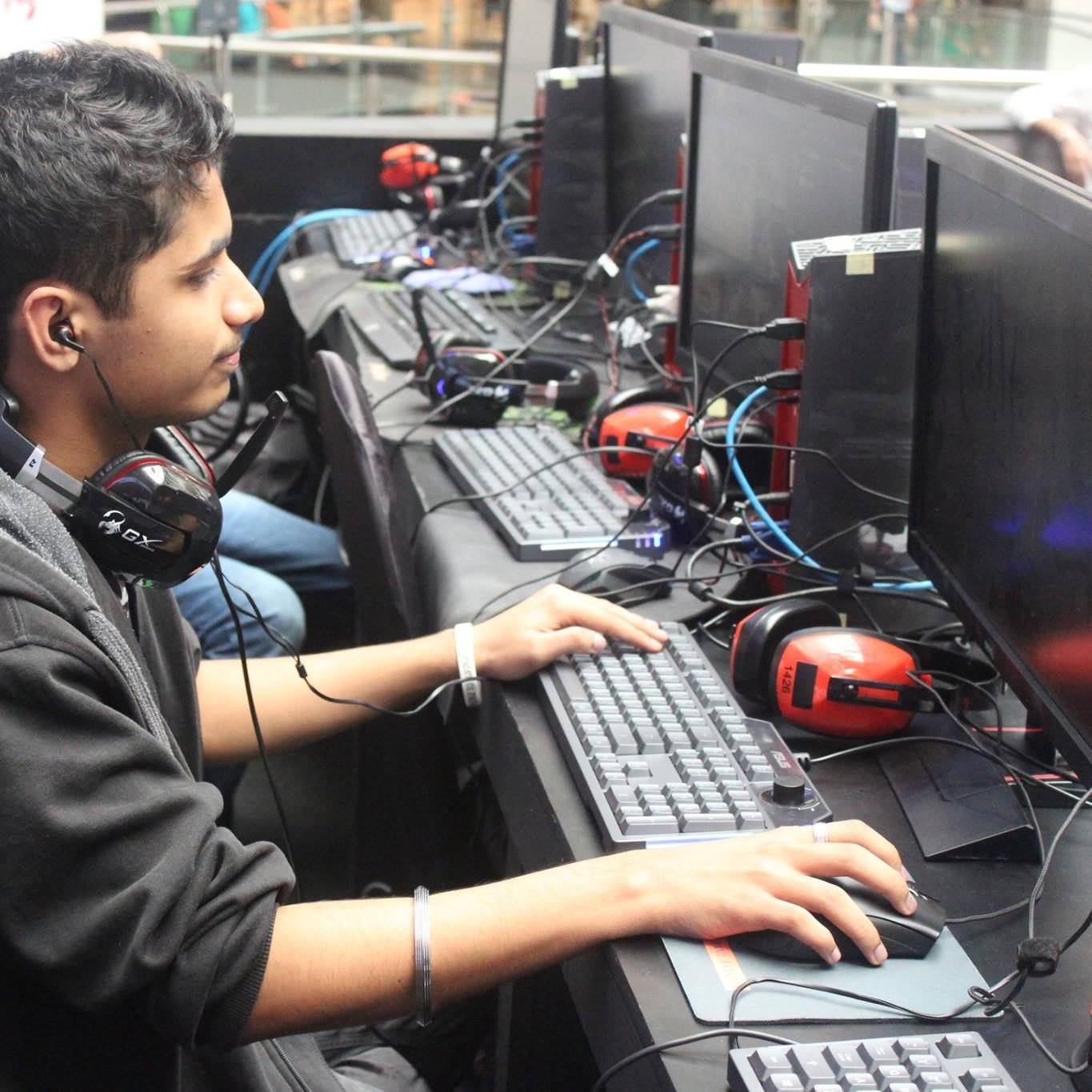 Swifty, has shifted back to the mid role after a brief hiatus as a support. His midlane prowess is truly a joy to watch. Sw1fty was one of the top 3 players in the country at the end of 2015 but although his skill has improved by leaps and bounds, he still has to improve his lategame decision-making in order to challenge the top mids in SEA. His mid lane aggression destabilizes his opponents and creates plenty of openings for BI. Dependable and with a large hero pool behind him, Sw1fty is one of the best players on Beyond Infinity. He has had an incredibly successful year winning 3 major LANs as well as making it to the finals of the TI6 SEA Open Qualifiers. He currently has 7184 MMR, currently the highest amongst Indian players. 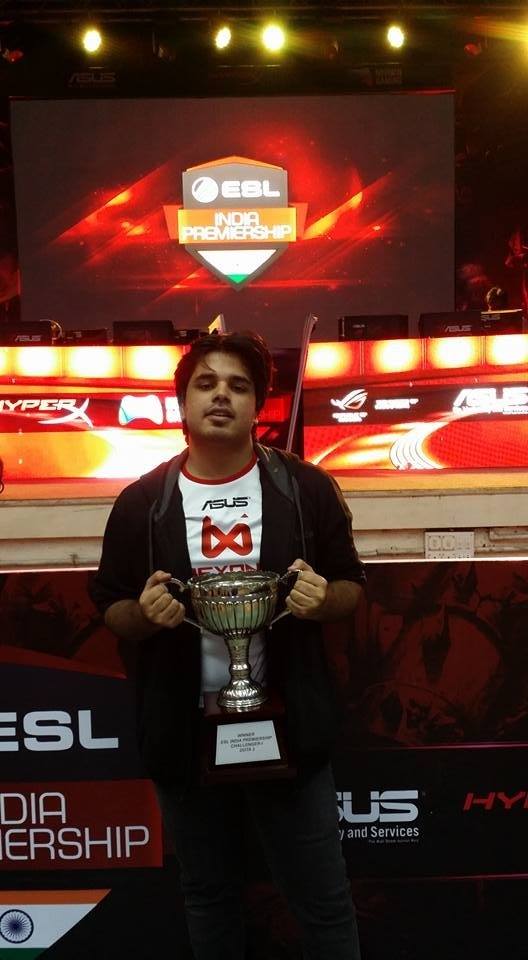 One of the most successful transitions into a mercenary I’ve seen. And this is in no way a criticism of Bari. He retired from the Beyond Infinity squad just before the formation of Entity Esports. However, he joined forces with Roar Esports to win the Indian Esports Championship following which he returned to make his final stand with Beyond Infinity at The Masters of the ESL India Premiership. He has also won 3 other major LANs with Beyond Infinity whilst also being part of the BI squad that almost made it to the SEA Regionals for TI6. He is by far the most successful player of 2016 with respect to number of major championships won (4). 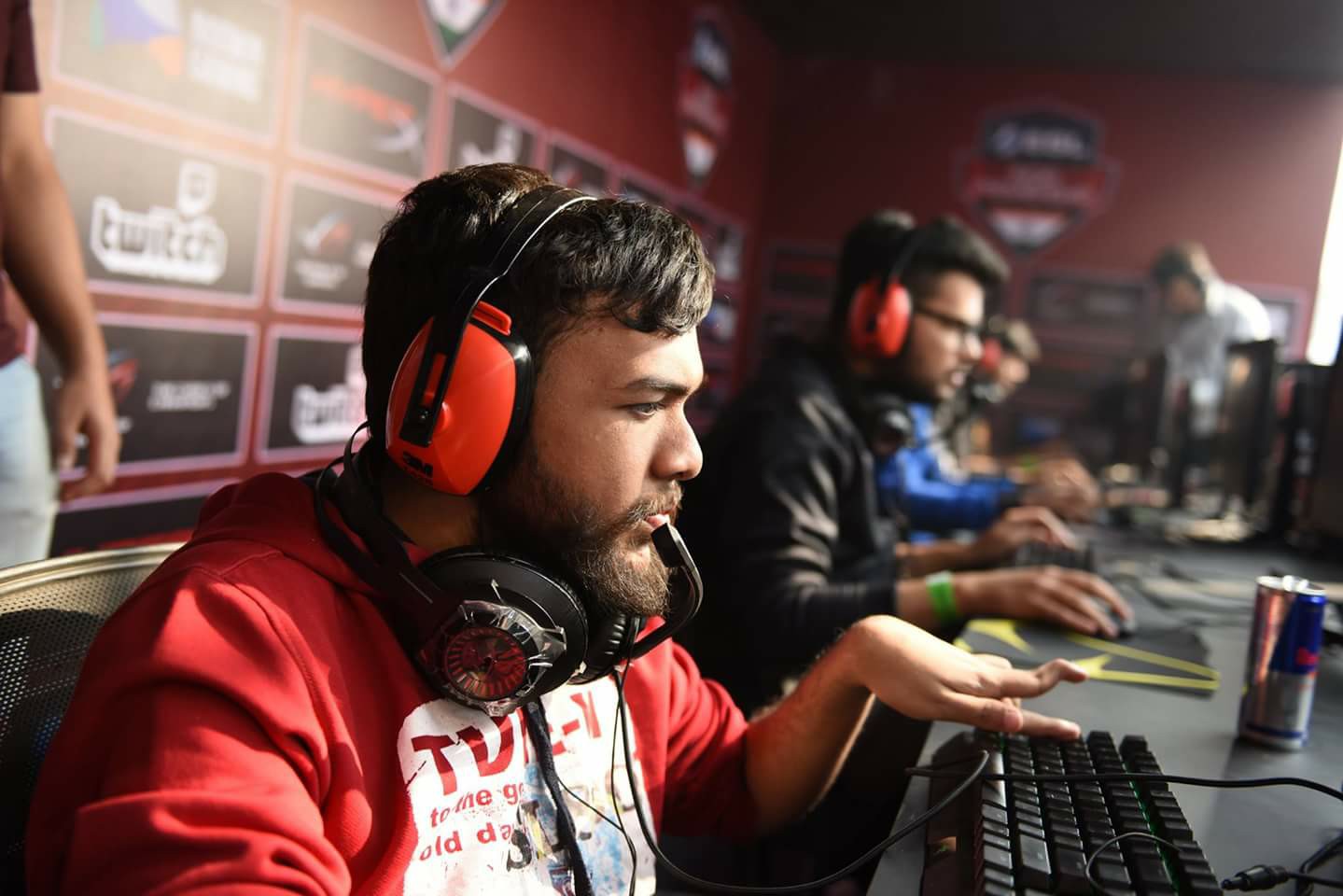 Crowley is one of the more famous Indian Dota players in the scene. Aggressive to the extreme, Crowley is also one of the best roaming gankers in the country, always aware of when to precisely and effectively take apart his opponents. An amazing mid player, he is one of my top 3 players of 2016 even though his MMR isn’t as high as many of the other players on this list. It is a testament to his skill level that he has managed to win two LANs for Invisible Wings against what was probably the best Indian Dota team at that point of time. His most recent appearance on the competitive circuit was with Invisible Wings where he opted to play the 1 position role while Archmage took up mid. After parting ways with Entity Esports in November, speculation is ripe about him having his eyes set on joining an international roster. 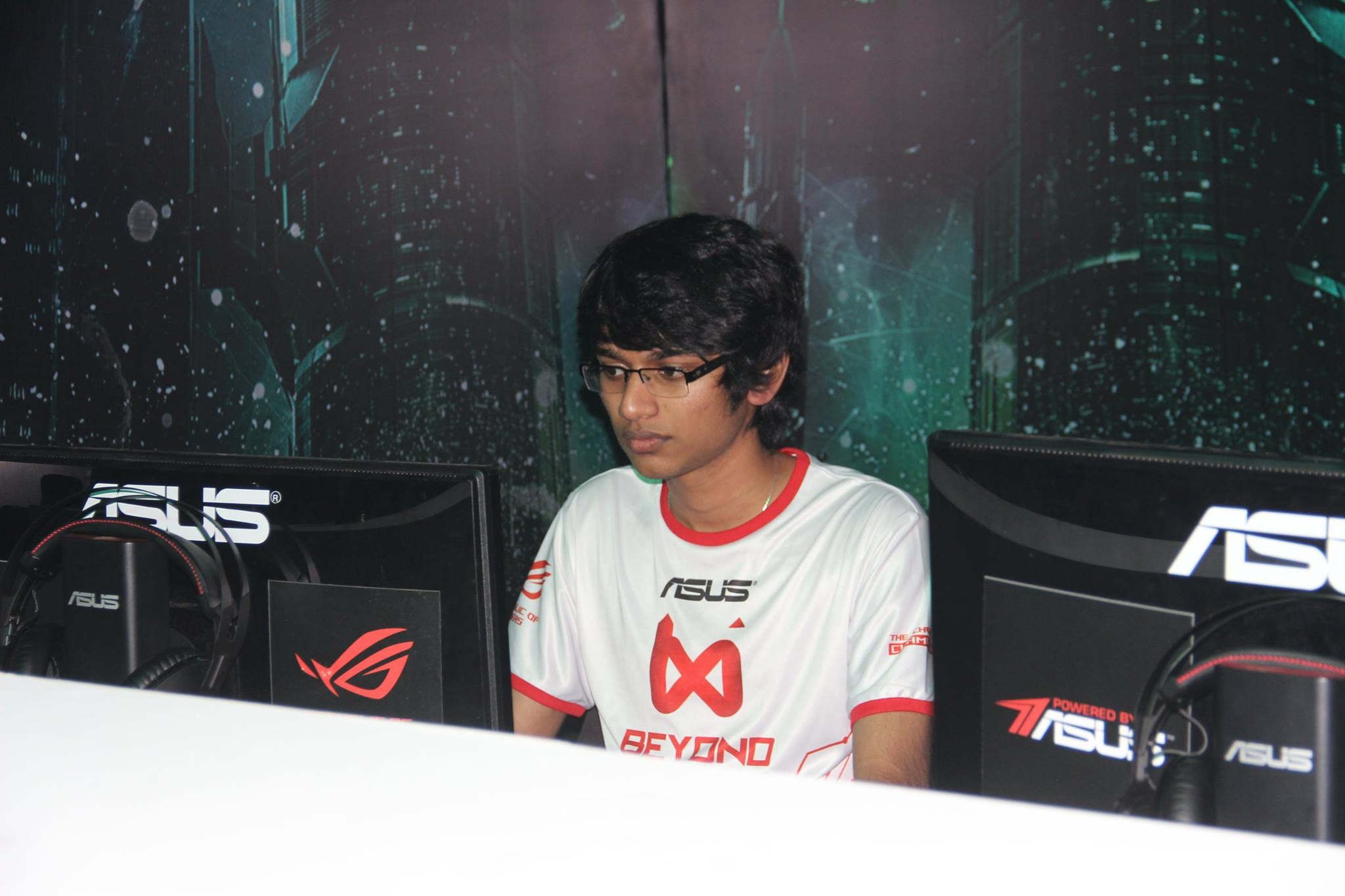 If this was a list on my favourite 10 Indian players of all time, BlizzarD would be on top. Everything that he does on his carries is amazing. Honestly, his Morphling play is top 3 in the SEA servers. He has had a phenomenal year and has raised to 7141 MMR becoming only the third Indian with 7k MMR. He has with his Beyond Infinity stint and Entity Esports stint won 3 major LANS as well as finish second in the TI6 SEA Open Qualifiers. 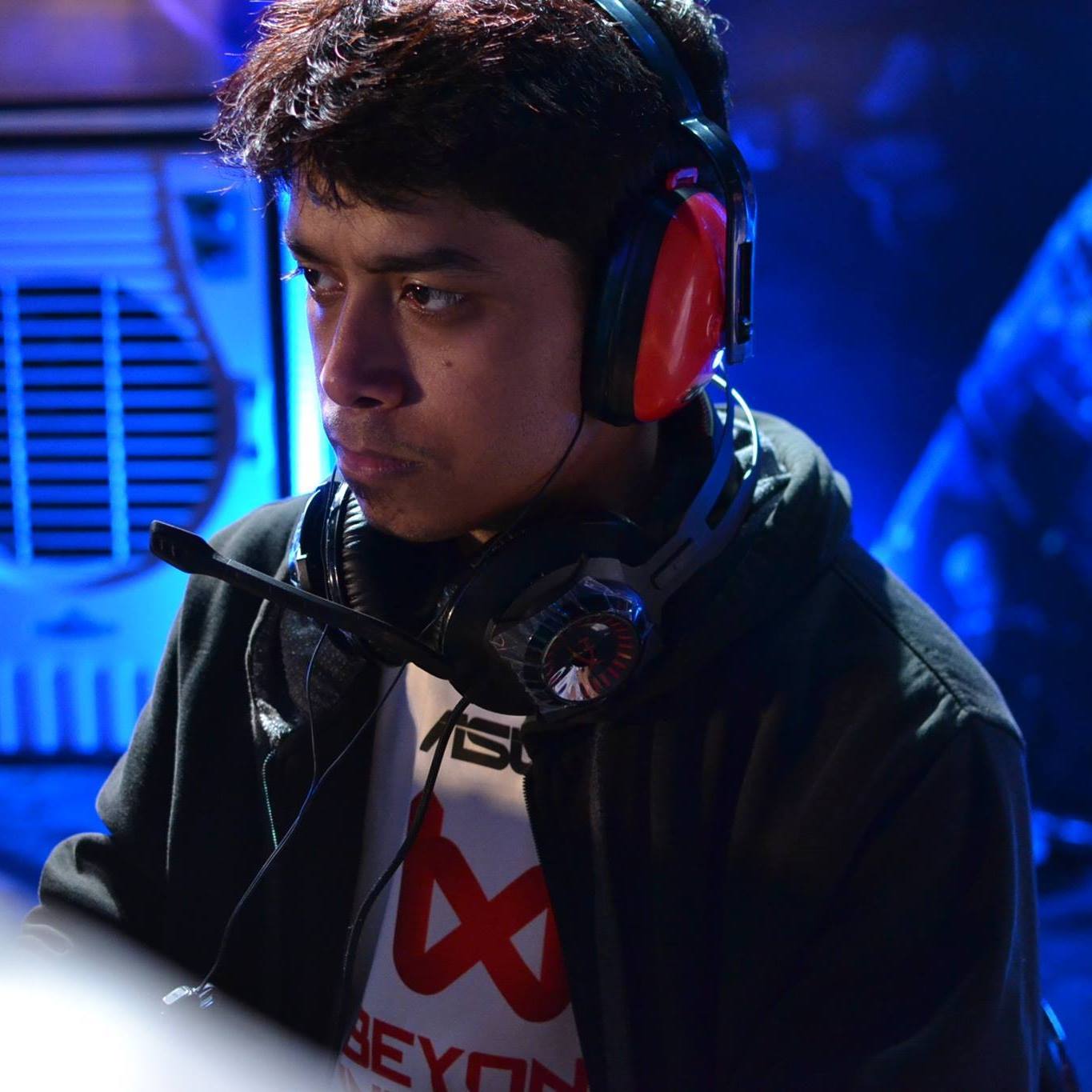 This should come as no surprise to anyone who has been actively following the scene. No_Chanc3 is one of the most prolific and storied captains in Indian Dota. He is not afraid to experiment, even in important matches. Despite the fact that he plays Jungler and Support most often, he is effective in any role. Whether on Entity Esports or BI, No_Chanc3 has proven to be a great initiator and a dependable support. No_Chanc3 paved the way for Indian Dota players by being the first to break into the 7K mmr mark. He is a remarkable captain who was crowned MVP of the ESL India Premiership 2016 Masters. He is in my opinion the reason why Indian esports have come this long a way in 2016.


In the landscape of a global game like Dota, this question has a lot of different answers depending on whom you ask. Someone who casually watches only the premier tournaments will answer in one way, and someone who watches all the different tournaments will say another. The important thing is opening up the discussion. To that end, those were my top 10 players of 2016.

Overall, I believe Indian Dota is looking very strong going into the 2017 season. The ten players I have mentioned here are only the tip of the iceberg that is the Indian Dota community. We have come a long way from  last year, we have breached the 7k mmr mark thanks to No_Chanc3 and in fact have 4 players over 7k mmr right now. We had an Indian team finish 2nd in the most competitive SEA Open Qualifiers till date, losing only to TNC – a team that took down TI6 favourites OG. We have had Indian tournaments whose combined prizepools have exceeded over 40 Lakhs. We witnessed the birth of Entity Esports.

2017 may very well be the year in which we finally have an Indian team competing in a Valve LAN. I hope we have more Indian players who will step up and take us to the next level of pro Dota. Here's to them and all of you who have keeping up with the Indian Dota community. I wish you all a Happy New Year 2017.

Match Data and stats were sourced from Dotabuff.