China lies in a state of shock after a huge wave of VAC and Overwatch bans took place in the region. There are many pro players that have been accused of cheating and such, resulting in many expensive inventories estimated to be worth over $20,000 USD being rendered useless until proven innocent.

Quanqing ‘qz’ Wu, is one amongst the many pro players affected by this. A former TyLoo player who has already faced a VAC ban in 2013 and as a result was dropped from the team's line-up, is under Valve's radar yet again.

Since retiring from TyLoo qz had started streaming and has become quite popular as a CS:GO streamer in China. It is still not confirmed whether the player has already been issued a VAC ban or not, some are pointing out towards the fact that he is under an Overwatch ban which might get converted into a VAC ban soon.

When viewing the players steam profile, it shows that the following message ‘1 game ban on record’. We cannot comment more on this until further proof is obtained. 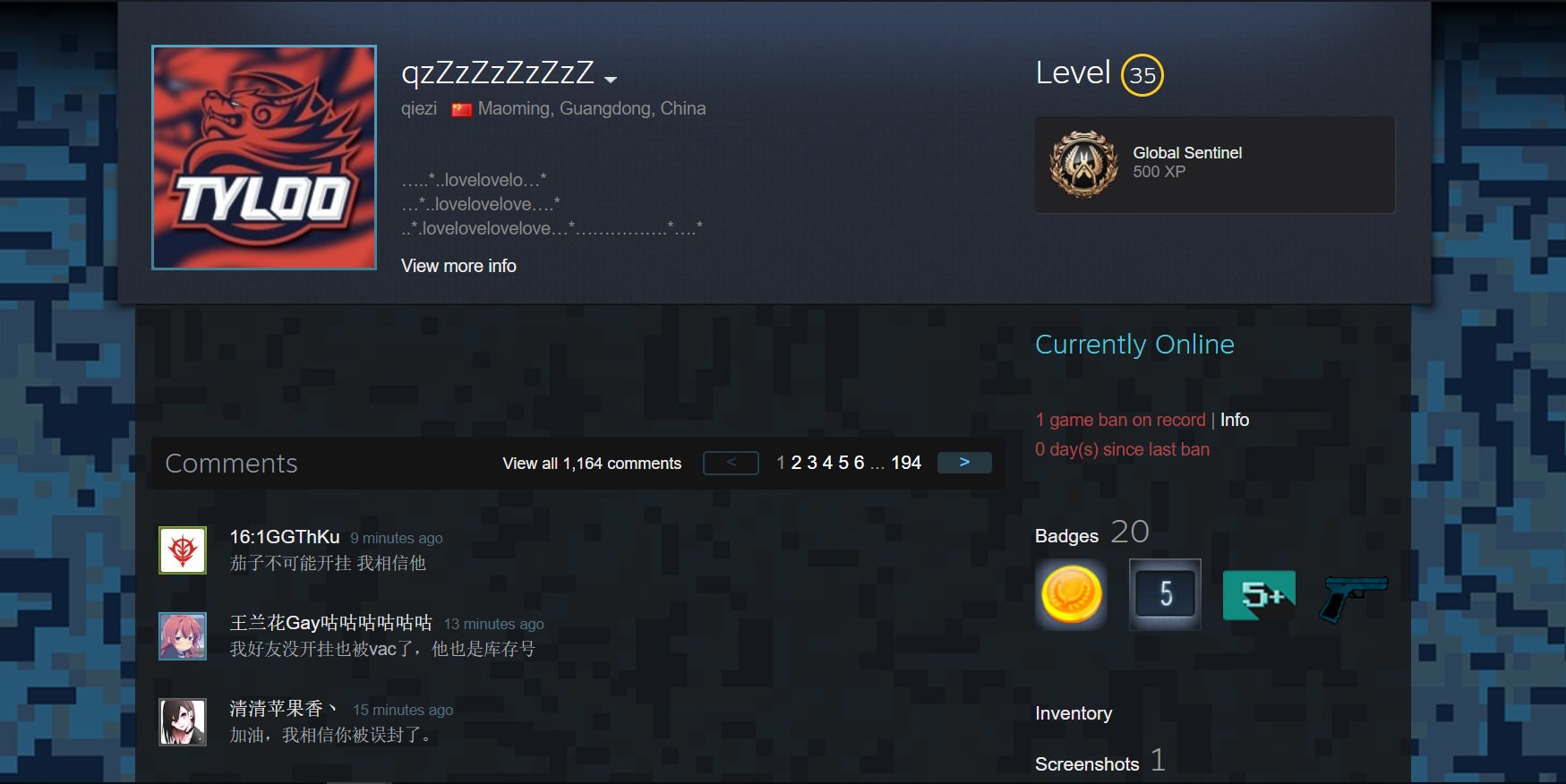 The player had most recently played for TyLoo during the WESG 2018 – China Qualifier which took place in early October. Earlier the player had caused quite the commotion during the Asia Minors 2016 when a VAC ban was discovered on one of his older account’s leading to TyLoo being disqualified from the event hours before their match was scheduled to take place.

The VAC ban has certainly taken the region by surprise and has enabled Valve to successfully seize many inventories that were worth a fortune. Maybe this was expected from Valve especially after the recent Forsaken debacle.

Maybe we haven’t seen the last of it. Let’s wait and observe what the storm has left behind after the dust has settled. Stay tuned for more updates.