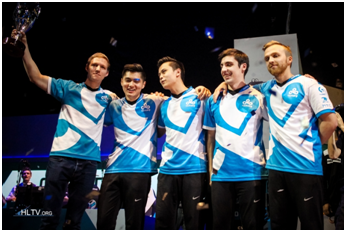 Ibirapuera in Sao Paulo, Brazil. The tournament spanned over 11 weeks and saw the top 6 teams from across North America and Europe compete in order to get a slot at the LAN finals. We got to see some interesting drama unfold as Fnatic pulled out of the tournament at the last minute due to “personal reasons”, even though they qualified for the LAN finals.  In the end, it came down to NiP, Mousesports, Cloud9 and SK in the top 4, out of which SK and Cloud9 played a bo3 in the finals, where C9 won 2-1 to lift the trophy of the $750,000 tournament.

PGL Asia Minor
The Asian Minor took place from October 28th to 30th at Pinewood Iskandar studio complex in JoharBahru, Malaysia. It boasted of a $50,000 cash prizes and two spots up for grabs for the ELEAGUE Major 2017 Main Qualifier. After finishing top two at the previous minor held in Korea, TyLoo and Renegades had been invited, accompanied by MVP Project, Athletico, nxl, VG.CyberZen, Fire Dragoon and BOT who qualified from their respective regional qualifiers. TyLoo and Renegades, after emerging in the top two earned themselves a spot in the Major Qualifier. After that, they competed against each other in the finals, where TyLoo got the better off the Australian team and finished first, walking home with a whopping share of $30,00. 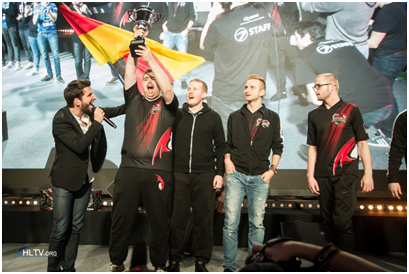 We were all excited for this one. After all, our own countrymen from Team Overcome were competing here. Unfortunately, they got knocked out pretty early in the tournament after losing to Heroic and Bravado. After being whitewashed 16-1 against  Heroic, our Indian heroes fell at the hands of the South African team Bravado 9-16 on cobblestone and 11-16 on cache. Regardless of the outcome, we salute the determination of Team Overcome for fighting till the very end and support them for their future tournaments.
Alternate aTTAX won the tournament by beating LDLC 2-1 in the finals, bagging $20,000. The German roster had been on the low for quite a while now, and is on their road to be a rising champion. We hope to see them in the big leagues soon.
(Image credits : HLTV.org)
ROG MASTERS ASIA 2016
The controversy regarding Dare2Dream not being able to represent the country in the ROG MASTERS tournament due to passport issues and roster swaps has been bothering everyone for quite a while now. While we mourn the unfortunate event, Team BOT will now be replacing Dare2Dream in the LAN finals which will take place in Kuala Lumpur, Malaysia.
Through the last chance qualifier, the Singaporen team Dream[S]cape also earned their spot with a victory over Orange eSports in the finals.
Dota 2

No luck for Navi
Ukranian powerhouse Navi are set to undergo some roster shuffles after a very poor placing in TI6 and failure to qualify for the Boston majors. No official statement has been made, but it is widely speculated that the new Navi roster will be announced soon after reports of internal issues and a string of bad performances plagued their performance in the Regional Qualifiers of the Boston Majors.

Sorry to all fans ! It was tough . Sometime things are out of your control .


DreamLeague bears the brunt of cramped schedules
Dream League also suffered a big blow, with many teams having dropped out citing scheduling issues. Navi were the first to leave with Ad Finem replacing them while more recently it was Eternal Envy’s NP who forfeited their place. Check out his statement regarding their forfeiture.


Liquid to undergo changes in hopes of better results
Team Liquid's recent dip in form has left their fans reeling and it seems that they too are looking to shake things up in order to up their form. They are set for a small change with speculation being ripe that pubstar GH.god is to replace Bulba on the 4 position. After failing to qualify for the Boston Majors, they also chose to give up their spot at the Northern Arena Invitational, and have now been replaced by Ad Finem. 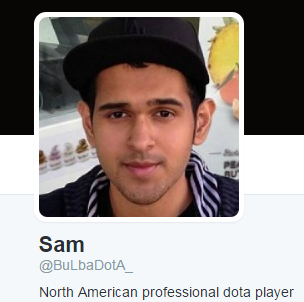 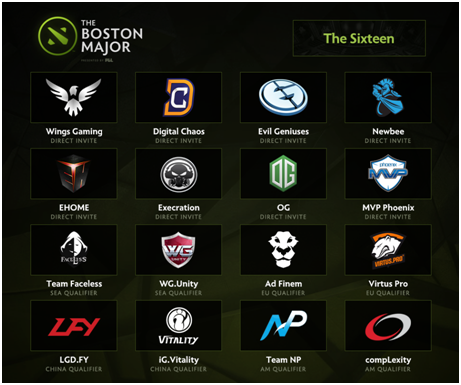 Febby's tweet sparks discussions
On the social media front, Secret’s offlaner Febby’s tweet about caster-player criticism sparked a debate in the community about criticism offered by casters onto players while casting games. Many prominent members from the community weighed in on the topic with some very mature and insightful thoughts.

Elimination Mode on in full swing
Moonduck TV’s entertaining tournament Elimination mode is also underway currently and while it is strictly online, the refreshing format and out of meta hero picks is something we haven’t seen in quite a while.

New rules for substitutes
Meanwhile Valve has out the new rule for substitutes for teams in the Boston Major and already Execration have made a change choosing to put 343 on their active list replacing Rappy. 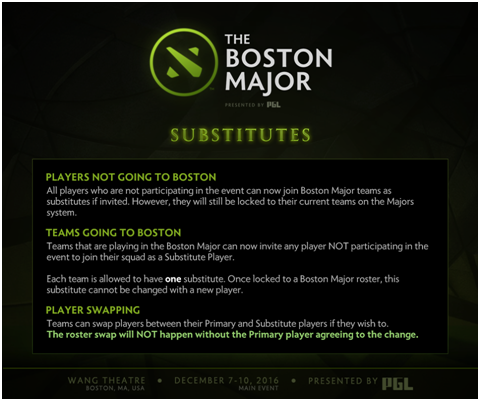 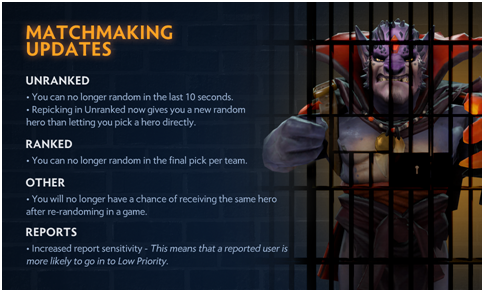 Yes i know we don't normally cover Overwatch on AFK (not yet atleast), BUT this was so good that we had to share it. ICYMI