Looks like this story indeed has a happy ending as Team SouL have managed to secure their German visas and will now be playing in Berlin at the PMCO Spring Split Global Finals. Just a few days ago, Indian Tigers and TeamIND were unable to secure their visas in time for the Prelims and were forced to play from Delhi with a massive ping disadvantage. While they performed well, the hurdles were too big to overcome especially against some of the top teams in the world and they fell short of qualifying for the main event. 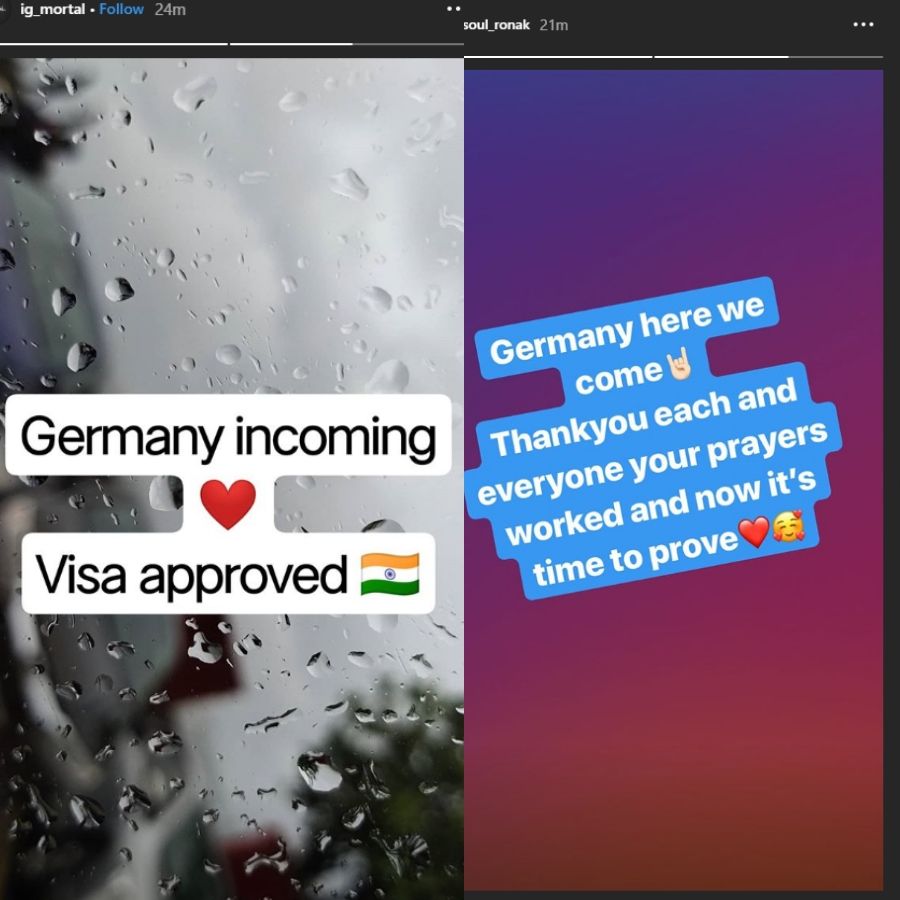 Team SouL were also in a spot of bother, having allegedly had their visas rejected for the second time. However, Instagram stories from two of SouL’s players, Mortal and Ronak now confirm that the 4 players have indeed managed to secure their visas. With the Global Finals starting in less than 48 hours, the players will have little time to celebrate and will have to leave immediately. In fact, the official PUBG Mobile Facebook page has also confirmed the same.

With a trending hashtag #IndiaatPMCO, the social media campaign to get the team to Berlin went viral overnight but what finally convinced the German authorities to issue the visas will remain unknown. It will be interesting to see how Team SouL performs against some of the best teams in the world and whether the last minute hustle of securing visas, have taken a toll on their form.


Lack of recognition has led our Indian Esports team & Influencers not receiving VISA on time for representing our nation in a global tournament happening on 20th July in Berlin. Kindly look into this matter #IndiaatPMCO@GermanyinIndia @DrSJaishankar @MEAIndia @AmbLindnerIndia

Team SouL are the darlings of the Indian PUBGM community and have a massive fan following who will be cheering them on at the main event. But will they be able to impress against some of the best teams from both China and SEA, whose performances at the Prelims have been world class. Catch all the action from the PMCO Spring Split Global Finals as we bring you all the live coverage from the event!