After a whole year of drama and conflict kicking off with Skem and Kuku’s comments about Chinese players, followed by iceiceice using the ‘N-word’ on stream, and Ceb’s comments about Russians, it looks like Lu "Somnus?M" Yao also known as 'Maybe' is the latest to join the list of pro players making controversial remarks.

What lead to the conflict?

PSG.LGD’s mid-laner Lu "Somnus?M" Yao suggested on his Weibo account that perhaps it would be better if more people started playing All Pick mode in public matches. For those unaware, Chinese pubs are mostly played in the Random Draft mode.

All good up until now? Unfortunately, things took a turn for the worse when a random fan took a jab at him: 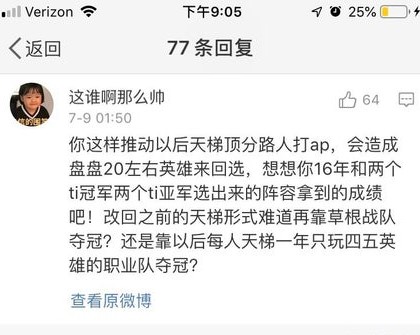 “If you promote ap mode in China, people will only choose from 20 popular heroes. Think about how wings won TI6 and how we fail on TI7 and TI8 grand finals. Are you hoping that another pub team will win TI for China? Or are you hoping that pro teams can win if each player only plays 4-5 heroes?”

Maybe, unfortunately, responded with an unsavoury and distasteful comment which stated:

"Your foreign dad can play 100 heroes, while we (playing Random Draft) can only take 20. So your mom is a big foreign horse or your dad is a white pig?”

After this, the PSG.LGD superstar was politely reminded that he is a public figure and that it would be better for him to remove this post now. However, at the time of writing, the post is still up and no apology was issued.

One of the most popular Chinese forums, SGamer has also hosted a poll on what action must be taken against Maybe for his statements. 93% of the voters voted for the player's ban.

While it's hard to decide who is right and who is to blame in this situation. One thing is clear, Maybe should have not used such comments in a public forum. Unfortunately, when your opinion isn't popular, and you are bombarded with trolls and hate - it's not very pleasant.

Pro Dota players are still very far from being really professional because, until they break into the spotlight, they are groomed in an environment where such statements were commonly overlooked. However, when the eyes of millions are on them, it's time to retrain. But it looks like not everyone can.

Hopefully, Alexei "Solo" Berezin, Sebastian "Ceb" Debs, and Valve will hurry up and present us with an adequate set of rules. Although, in this case, it is better to not rush. Everything takes its own time, but it's high time that players should be tightened in, and made accountable for their actions.

If something similar happens on the Main Stage at TI9 held in Shanghai, Dota 2 will face dire consequences.