Power Ranking the Ten Qualifier teams in The International 8

18 of the best teams that the world has to offer will compete at The International 2018 battling for (potentially) the largest prize pool available in esports. If history were to repeat itself at The International, this year should have an eastern team coming out on top. With powerhouses Team Liquid and VP in form, this might be the year this trend will be broken although LGD and Vici Gaming have also had outstanding performances in recent months.

Teams like Team Secret, Mineski, and Newbee also have a decent shot at the title. But what about the teams who had to go through the rigorous routine of the qualifiers to get themselves to Vancouver? Who amongst them has the best shot at the Aegis of Champions?

Here’s my power ranking of the 10 teams who have qualified through the qualifiers, and have the best shot at The International. 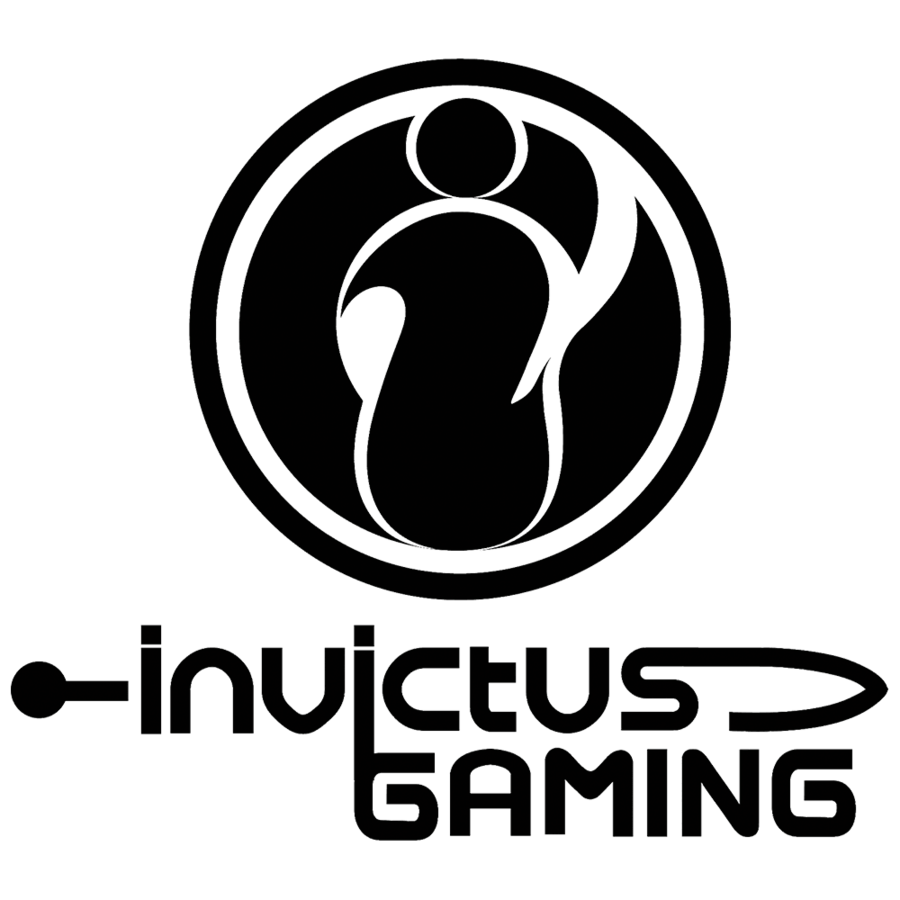 The fact that Invictus Gaming managed to qualify for The International 8 after the year that they’ve had is quite surprising. None of their players looked motivated and they were looking dire all across the season. But, the win at World Cyber Arena and a couple of decent performances at the MDL Changsha Major have somehow reinvigorated the team and has pushed them on toward the 2nd Chinese qualifier berth at The International.

However, one has to remember that most strong Chinese teams had already qualified for The International 8 through the DPC points table and that they only needed to best Tier 2 teams to get themselves to The International. I feel that they’re the weakest team heading into TI8. However, that might change at TI considering the substantial gap between the qualifiers and The International 8 Group Stages.

The team from CIS will come to Vancouver with many thinking that avoiding an elimination in the group stage would be considered a successful appearance. While we're sure the team feels differently, we happen to agree with what many have said: A 3rd place finish at the Epicenter XL Major barring, they’ve not qualified for a single DPC event this season. While they were quite impressive in The International 8 - CIS: Qualifiers things are going to be quite difficult for the ex-FlyToMoon roster.

Tempering your expectations may be best while watching Winstrike Team make their way through the group stage, where every win they can muster is critical in keeping themselves afloat. Of course, there is the potential for a surprise performance from them, similar to the run they had at the Epicenter XL Major, where we saw the Iceberg and company eliminating Virtus.Pro and nearly taking down Team Liquid. However, these are two different circumstances and as such we have them placed at 9th. 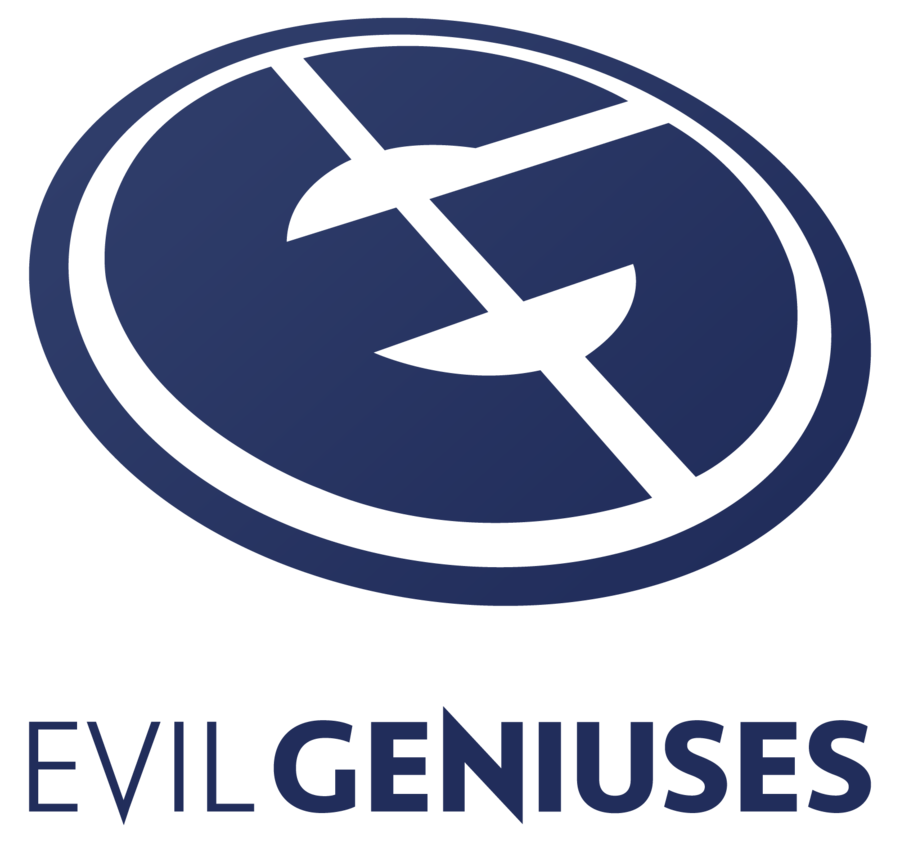 Yes, they defied all of /r/dota2. Yes, they went undefeated in the playoffs. Yes, they were the 2nd NA team to make it to TI after VGJ.Storm but no, I don’t see them winning The International 8. Not even by a long shot.

Back in June, Evil Geniuses was rebuilt specifically for the chance to make it to TI7. While their immediate results weren't great, after first defeating coL 2:0, they dispatched the same treatment to IMT and grabbed the 2nd NA spot. Something clicked for EG in the playoffs. Their roster has been filled to the brim with talent the entire season, even with roster changes, but have never had a big success. Suddenly, with Tal "Fly" Aizik and Gustav "s4" Magnusson on the roster, they finally managed to gel.

But I still think that they’re the weakest of the 3 NA teams who have qualified for The International 8.

After the pickup of Aliwi "w33" Omar, paiN has looked better with each passing week. It all started with them getting out of groups at EPICENTER, and they then managed to follow that up with a 3rd place finish at ESL One Birmingham - so their qualification might not be the biggest surprise. It wasn't as easy as it looked, however. The Brazilians were at first dispatched to the lower bracket of the qualifier, but a ruling that disqualified Thunder Awaken gave them a second chance in the upper bracket. They fully embraced this new opportunity and beat SG e-sports twice in a very close BO5 which finished 3-2 to grab South America's one slot at TI8.

They have a chance at making a splash at The International 8, but it will be a true feat if they were able to emulate past SA teams in Valve events. Especially considering the talents that will be in attendance at the Rogers Arena. 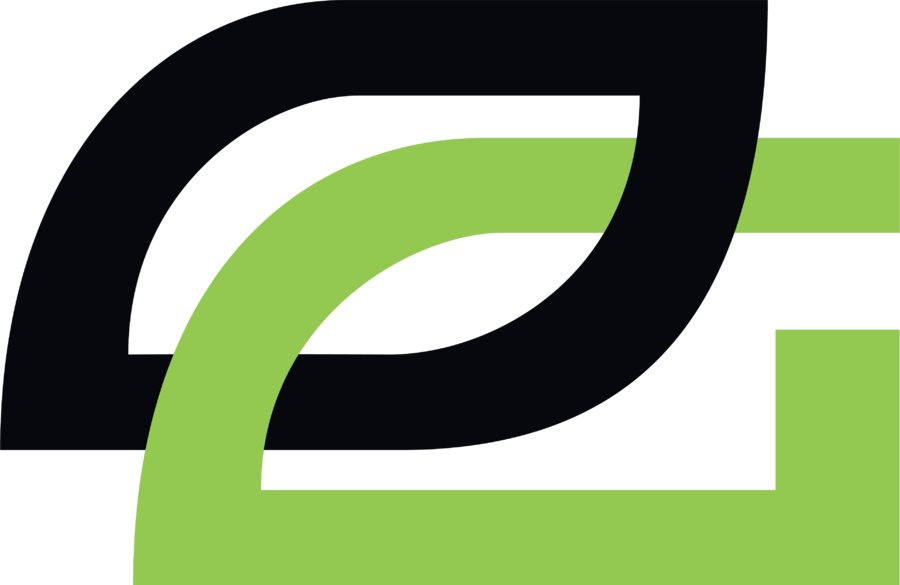 Trust me when I say, no one saw this coming. The Team who was 1 series victory away from making it into the Top 8 of the DPC table almost didn’t make it to The International.

OpTic Gaming squeezed into TI through the 3rd qualifier spot from the NA region. They were upset by Immortals in the semifinals after a stellar group stage, pushing them to the Brink of elimination. But they regrouped and with 2 back-to-back wins over coL and Immortals they were able to seize it.

While NA can be said to be constantly under-valued - and prove it with nearly every TI having an NA team making a deep run - we definitely see OpTic Gaming being that team this year. They have consistently proven they can stand against the best in the latter stages of the DPC. PPD also has that x factor which lets his teams punch well above their weight in TIs, thus making them a Dark Horse heading into this year's competition. 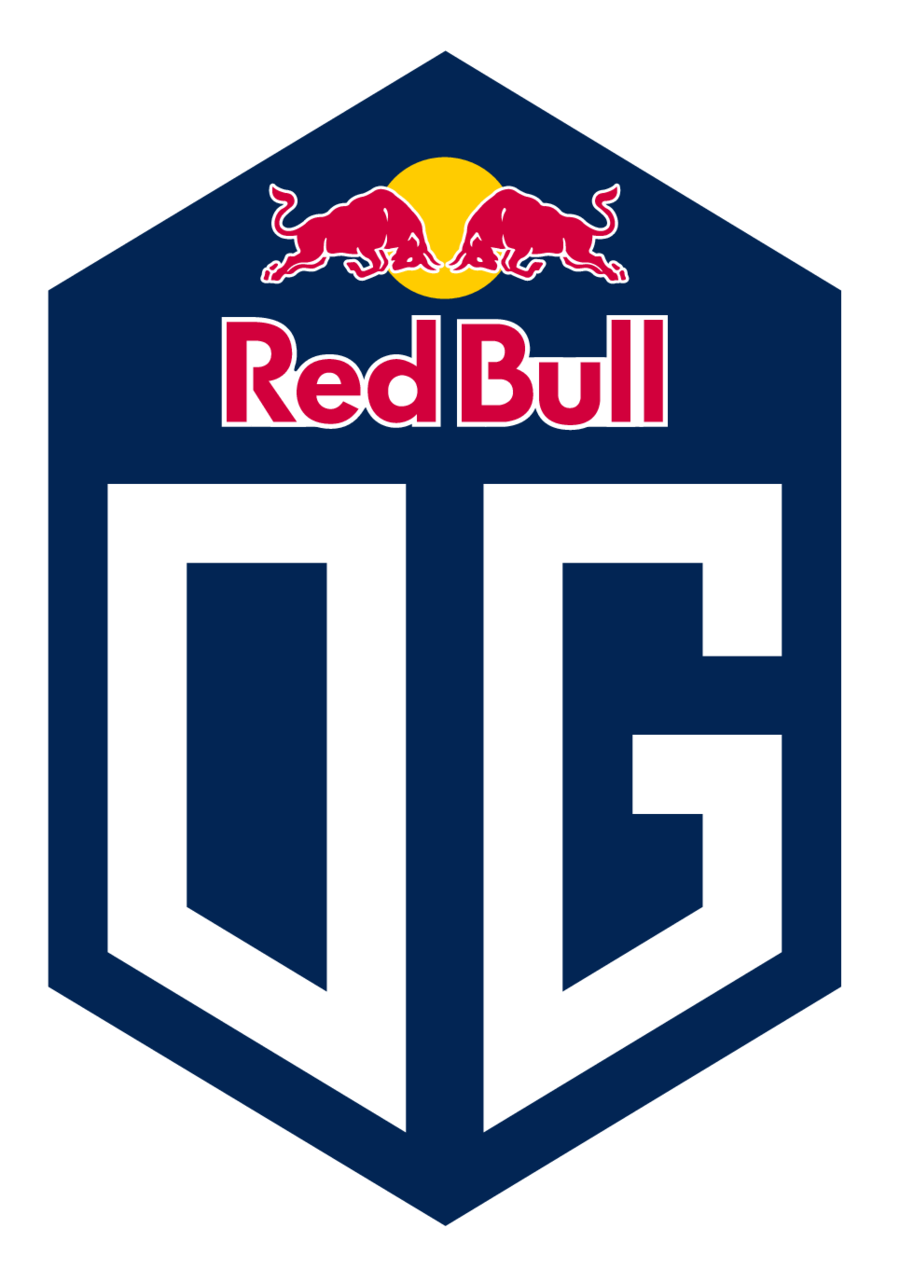 The 2018 EU qualifiers looked weaker than it had ever been. The biggest name in the qualifier was that of OG, but they had just gone through a major roster change and no one knew what their form would be like. They would go up against teams such as The Final Tribe and Team Kinguin: teams that had made it through a few qualifiers this year but never had a big impact once on LAN. So EU was the only region without one, or two, clear favorites to win.

In an impressive showing, OG sailed through the qualifiers. The team didn't lose a single game in groups and only dropped two games - both against NA stack Wind and Rain - once the brackets had completed. While impressive, there's no telling exactly how strong that makes the current iteration of OG. As mentioned previously, the EU qualifier was not stacked and the general level of the teams was much lower than in previous years. So even though they qualified, OG still has a long way to being considered contenders for the Aegis again. 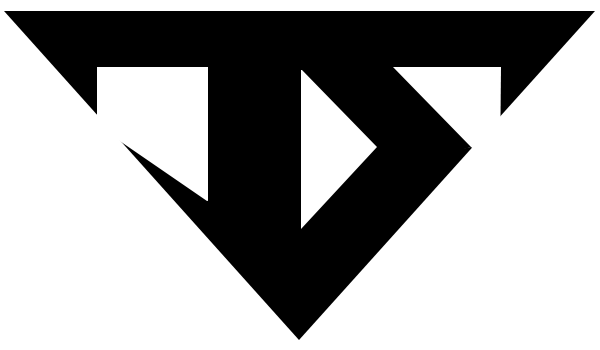 Earning themselves a qualifier spot through topping the Chinese qualifier by playing some of the best fast-paced Dota we’ve seen all year is unfortunately not enough for Team Serenity to break into the Top 3 of our power ranks. But we have to remember that 4 of China’s best teams already made it to The International 8 via the DPC invites, and while winning against their Chinese compatriots is impressive, to say the least, we also have to consider that there are more teams attending in Seattle than just their familiar sparring partners.

Sadly enough,Team Serenity’s interregional record is non existent. Their inexperience might prove to be their downfall at The International 8. If Team Serenity can overcome their weakness to the foreign playstyles, they most certainly have the potential to go very far, but whether or not that will happen remains to be seen. 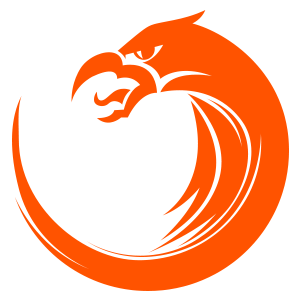 While it might seem like we’re overrating SEA teams, we really are not. The SEA qualifiers were a bloodbath, a fact that would be agreed upon by anyone who happened to catch most of the games. The fact that TNC Predator managed to come out on top so many talented teams, is a testament to the strength of the team.

But their biggest test of character came up against their sister squad TNC Tigers. The Predator squad, captained by Carlo "Kuku" Palad, had the upper hand coming into the series, as they had already beaten their sister team once in the group stage. TNC Tigers, lead by 1437, was not going to let that get to their heads though. The series was incredibly hard-fought, with all three games going past the 40-minute mark, and in the last match, TNC Tigers were up almost 25,000 gold by 45 minutes in. But in one of the biggest turnarounds Dota 2 has ever seen, TNC Predator turned the game around and after 74 minutes the GG fell to Predators advantage and they took SEA's last spot at TI8.

The fact that they had the tenacity to stay calm even on the brink of elimination and turn it around pushes TNC Predator just a bit further up our Power Rankings. 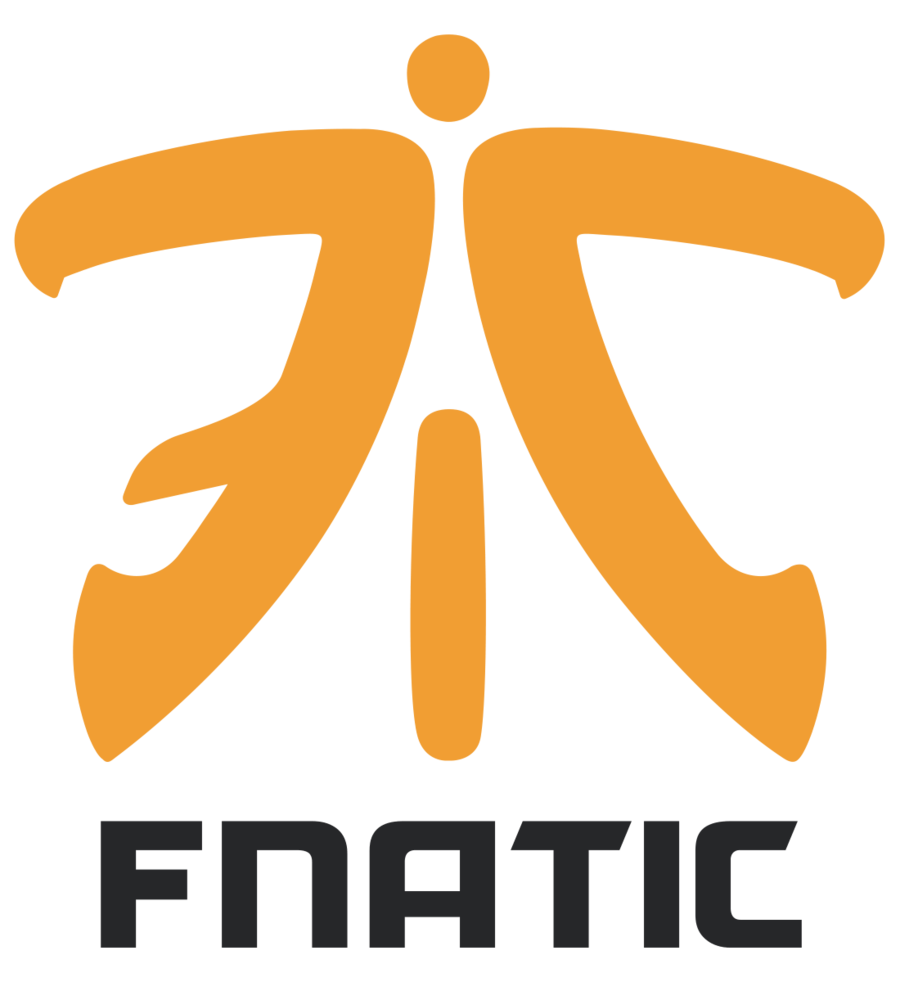 Fnatic didn’t have a smooth run through the qualifiers. The fact is that Jacky "EternaLEnVy" Mao and his team was only one loss away from having to play tiebreakers to make it out of the group stage. While a loss to TNC Predator might be acceptable for them, losing to TNC's sister team TNC Tigers and — even worse —  a truly unknown squad like Sterling Global Dragons definitely isn't. But that might have been the fire that Fnatic needed because once in the playoffs they were out for revenge.

They were quite simply superb, clean sweeping the playoffs without putting a foot wrong and making a statement. They showed us why they’re the 2nd best SEA team on the DPC table with 1265 points, and that on their day they are still quite a force to be reckoned with. 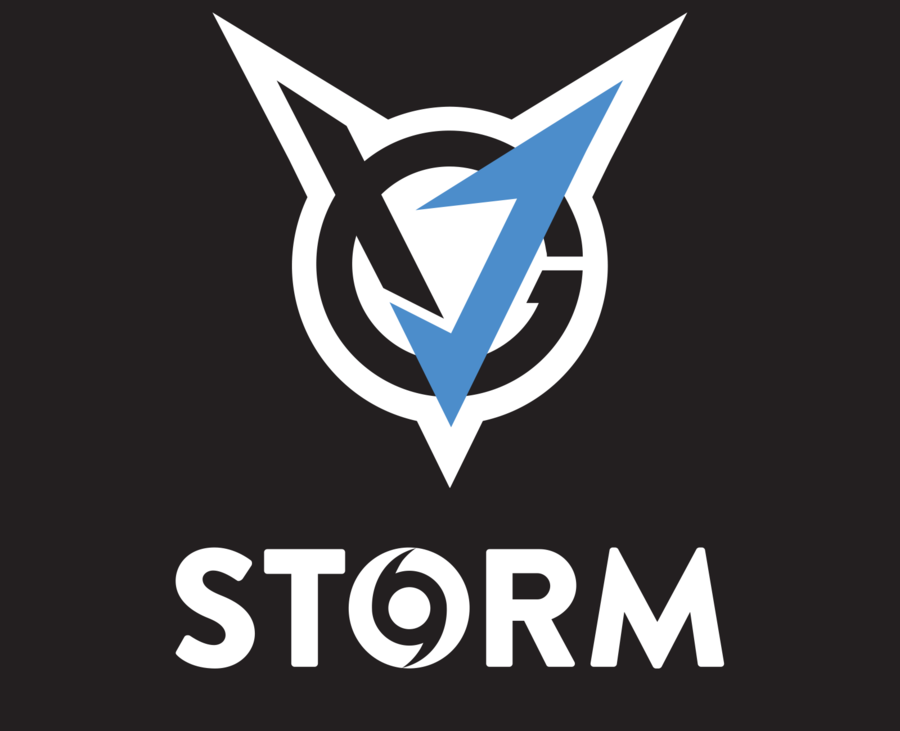 While this team might have flown under the radar in the past few months, they should not be underestimated. They took second place in this years MDL Changsha, a tournament consisting of mostly Tier one teams such as PSG.LGD, Team Secret, Vici Gaming, Virtus.Pro and Mineski.

VGJ.S took the first spot in the NA Qualifier group stages, only losing a single game. Immediately qualifying for TI8, in a tiebreaker with Optic and coL.

Ever since missing out on the Bucharest Major and acquiring Resolution VGJ.Storm's performances have skyrocketed. The aimless play style that kept them trapped in qualifiers was slowly being overtaken by a real sense of purpose in how the team moved. Despite sometimes lapsing back to old habits, they went from barely making top 4 in qualifiers to finding themselves winning a Minor and a runner-up finish in a Major. Had they not swapped rosters they could have qualified to The International 8 via the DPC table.

While the possibility of VGJ.Storm to relapse exists, the time they have had to work on their problems has done wonders for them. I can easily see them finishing Top 4 in The International 8 if they can manage to keep up their form.