Popular CS:GO YouTuber SuperstituM's video gets blocked due to copyright claim by WMG

The world famous Counter-Strike content creator SuperstituM has been hit with yet another copyright block. His recent video titled ‘How Liquid Really Plays CS:GO’ which was published on 29th June has been blocked by YouTube on copyright grounds as it allegedly contained the use of a song owned by Warner Music Group (WMG) without a proper license. 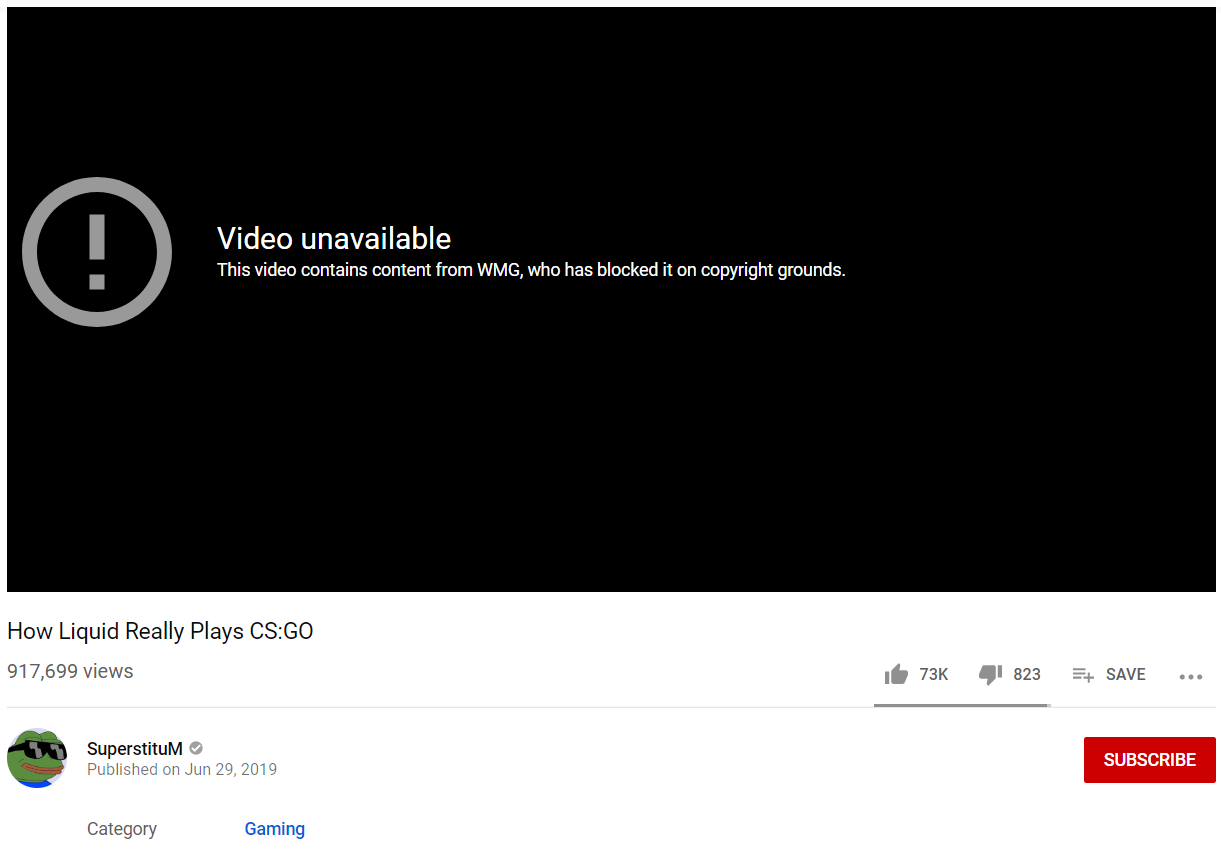 Shortly after his video was taken down, SuperstituM took to Twitter asking WMG if they can review his request to license the song.

Hey @warnermusic
My video "How Liquid Really Plays CS:GO" got blocked worldwide for the song I used, and I've requested a license for it.
Can you please review my request to license the song?
Video: https://t.co/iQdxY9fUHv pic.twitter.com/YkWY7KidXS

The video which had garnered almost a million views (917,699) was taken down because a song called ‘Jasiah - Shenanigans Ft. Yung Bans’ was used in the video without a proper license. Whether or not his usage of the song falls under the perview of 'Fair-Use' remains to be seen.

This is not the first time that SuperstituM has had to content with such issues. A few months ago on 23rd April his video titled ‘ScreaM vs French “Super-Team” G2.Esports (CS:GO)’ was also banned in a few countries after he used the song ‘Haddaway - What Is Love’ under the license of Coconut Music. 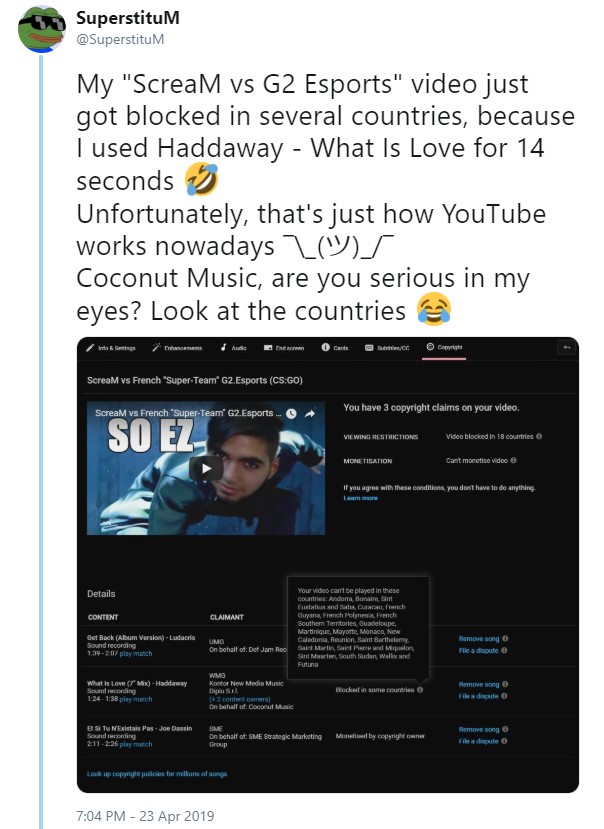 At the start of 2019,  YouTube had taken a severely strict action against him by demonetizing his entire channel while also revoking access to all the tools and features related to it. 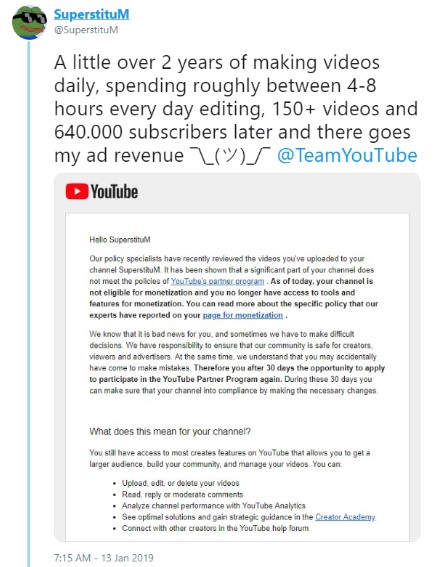 He has himself gone ahead to state that he was fully aware of his video ‘The Smoke Criminal’ getting Copyright claimed but never expected his whole channel to get demonetised.

The YouTuber has had his fair share of run-ins with Copyright claims and YouTube as well. But despite all that the creator has landed himself a blocked video yet again. Is YouTube in the wrong here for stifling creativity or is this a clear cut case of copyright infringement and profiting off someone else's creation?