The PLG Grand Slam 2018 taking place on the Yas Islands in Abu Dhabi faced a lot of issues on the first day of the event.

The @plgbuzz Grand Slam 2018 is experiencing some technical and logistics delays so the tournament will be delayed until further notice. Stay tuned for updates! #plggrandslam

Due to multiple technical issues the event which was scheduled to commence at 12:30 on Thursday had a delay of 3 hours, and started at 15:30 in the evening. Additionally, the matches that took place on the first day were not broadcasted on any platform due to server issues plaguing the event.

Matches today will be played off stream due to technical issues. The first few games featuring @G2esports @TeamChosen5 @HELLRAISERSgg and @forzegg should be starting in ~30 mins #pglGrandSlam pic.twitter.com/lwYOielIfn


Even though the matches were delayed, the Opening matches and the Winner's matches were played out on Day 1 with the rest being pushed out to be played on the second day of the event. This is all the action that took place on the first day: 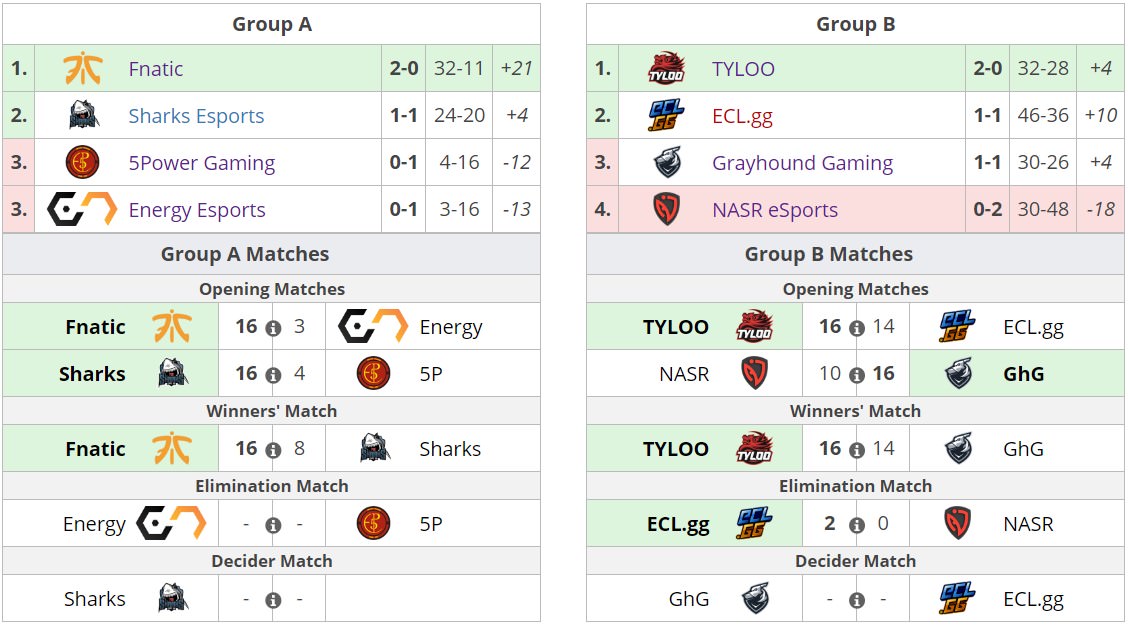 Fnatic had an easy run against the South African powerhouse, Energy Esports who were not able to play their natural game due to some unusual movements and rotations being executed by Fnatic who took them down on Mirage by a score of ‘16-3’.

We did it! 16-3 against @EnergyEsportsZA.

We'll see you all again, staring at play-by-play updates, in a couple of hours. https://t.co/kDX9bzI1RU

Fnatic went on to face-off against Shark Esports who won their match against 5Power Gaming with a comfortable score of ‘16-4’ on Cache.

The winners match between Fnatic and Shark was quite entertaining for the first few rounds after which Fnatic executed multiple successful rushes and went ahead with the momentum to win the match ‘16-8’ on Mirage.?

The elimination match will be played between Energy Esports and 5Power today, winner of which will go up against Shark in the decider match.

Tyloo made it through to the Playoffs but it was not at all easy as they faced two intense match-ups against ECL.gg and Grayhound Gaming. Both the games were fought on even footing with Tyloo managing to pull ahead on the back of some confident plays executed in the clutch rounds.

The local superstars NASR had a tough day as they failed to overcome both Grayhound Gaming and ECL.gg, losing both their match-ups and reaching an end to their journey.

We lost in the @plgbuzz Grand Slam and our journey will unfortunately end here. We are desapointed in our performance but will come back stronger.

Ggwp to all the teams attending, we will meet again!

The decider will be one of the most exciting match-ups for the day as Grayhound take on ECL.gg, winner of which will be qualifying on to the Playoffs. 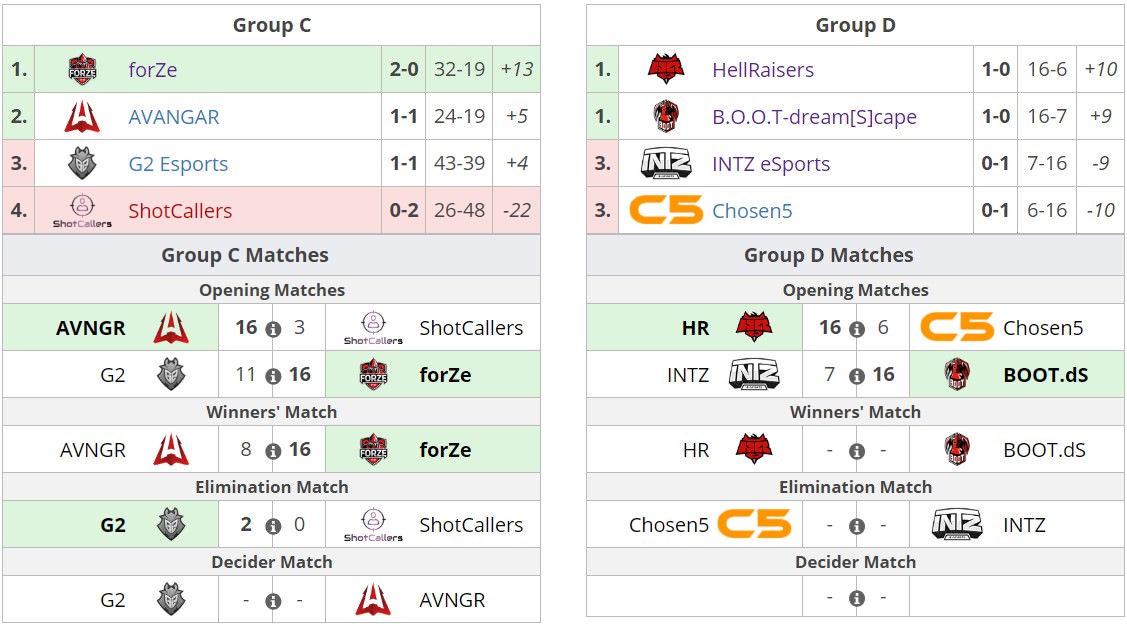 G2 barely managed to stay afloat as they won their elimination match against ShotCallers by a series score of ‘2-0’.

Nailed it! We blew ShotCallers away to move onto the #PLGGrandSlam Decider Match.

G2 will be facing off against AVNGR in the elimination match-up, with the winner advancing on to the Playoffs while the loser bids farewell.

Both HellRaisers and BOOT-d[S] have secured their respective match-ups against Chosen5 and INTZ as they will be facing off against one another in the winner match while Chosen5 take on INTZ in the elimination match.

Hopefully, the second day of the event will not undergo any delays or technical issues and the matches will move smoothly with the Playoff matches starting on the latter half of the day.