Esports has taken a step forward within the country as Playtonia in conjunction with SRMIST (SRM Institute of Science & Technology) has announced the International Student Rockstar League, an esports tournament for school students.

The event which has a total prize pool of INR 35,00,000 will be consisting of three game titles CS:GO, PUBG  Mobile and FIFA 2019. This is a great combination as it expands competitive gameplay to players from different platforms.

The CS:GO title will feature a 1v1 game mode as a part of the competition being played on 3 aim maps with the sides being selected randomly each time.

The player which manages to win any 2 out of the 3 maps will be declared as the winner of the match.

Maximum rounds per match will be 50 with each round lasting for 1:55 Min and freeze time as 0 secs.

In case of a draw after playing out the first 50 rounds, 3 round halves will be played to decide the winner.

The game will be played on Asia Server with a maximum player count of 80. The game mode will be solo (TPP).

The players will be given a score of +5 for every kill that they take along with some placement points which will be distributed as follows: 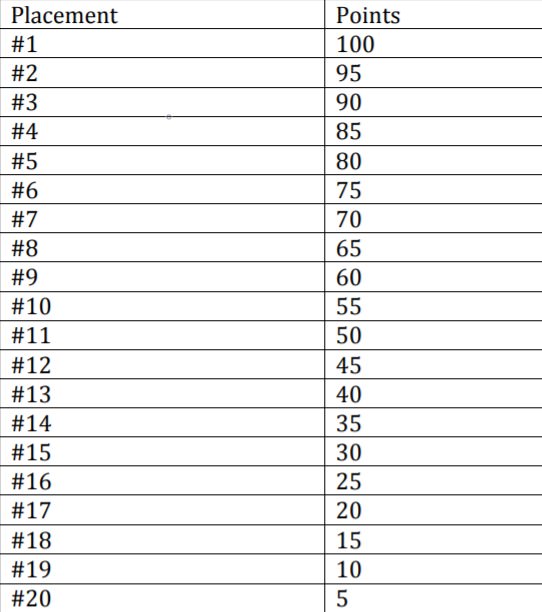 The following game settings will be used within the competition: 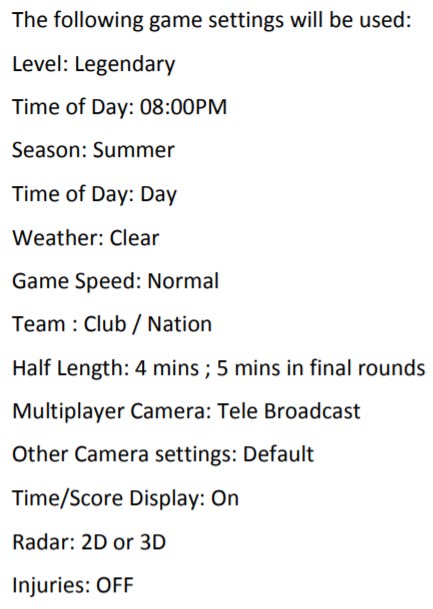 The controller settings will be as follows:

A player is allowed to pause a game only twice per game.

The registrations have already started from 10th December 2018 and will be going on till 8th March 2019. 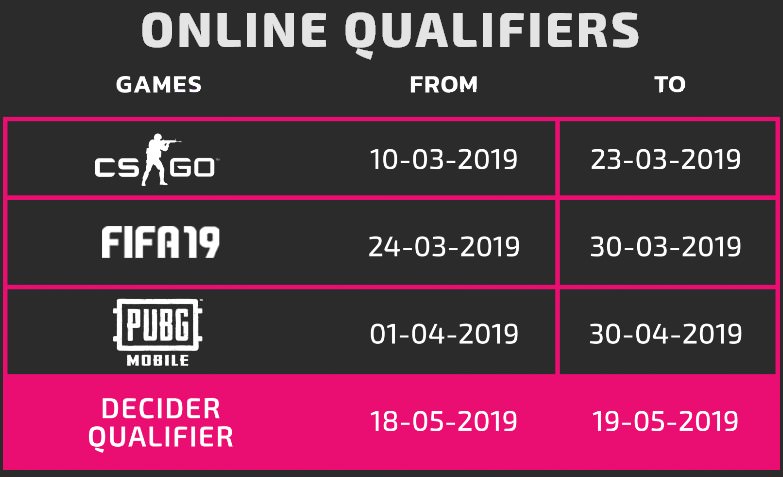 The most trending mobile game at the moment which has taken the platform by storm is the gaming title with the maximum total prize pool of INR 2,65,000. In addition to this, the top 8 players will also get a scholarship worth INR 2,50,000.

The prize pool distribution is as follows:

The most popular sport-based game which will be there for all PlayStation enthusiasts boasts a total prize pool of INR 2,00,000 along with a scholarship worth INR 2,50,000 being given to the winner of the competition.

The most popular esport in India that has been a sensation worldwide since the 1.6 era observes a total prize pool of INR 2,00,000 along with a scholarship worth INR 2,50,000 being provided to the winner of the competition.

6 Offline Qualifiers will be held, 1 each in Hyderabad, Mumbai, Kolkata, Delhi, Bengaluru & Chennai. The winner of each offline qualifier will move on to play in the India Decider Qualifier. 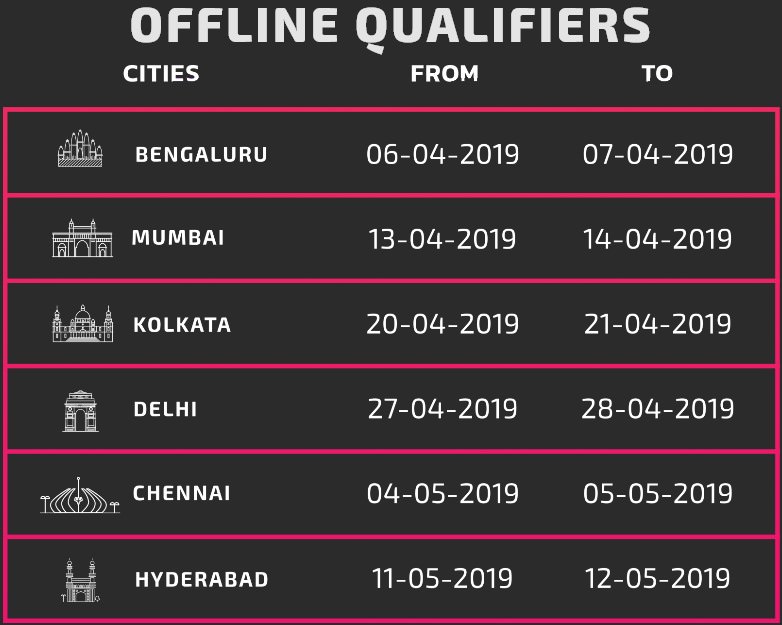 Online qualifiers will also be held through which 2 teams will be qualifying onto the India Decider Qualifier.

The India Decider Qualifier will then witness these 8 qualified teams fight it out for the final two spots. The finalist will then play against each other at the Mega Event scheduled to take place on 8th June 2019.

This will only feature Online Qualifiers through which 40 winners will be selected, directly moving on to the Mega Event.