Our prediction for the IEM Katowice 2019 - Asia Minor

The first major qualifier of 2019 is right around the corner, starting 22nd January. The IEM Katowice 2019 – Asia Minor will be a real test for the teams coming from Asia and the Oceania region, with only two teams set to qualify for the Main Event out of the eight that will be competing in it.

This is our take on how the qualifier might turn out.

With Renegades, Grayhound and CyberZen all stacked within the same group this is definitely going to be the more challenging group between the two. 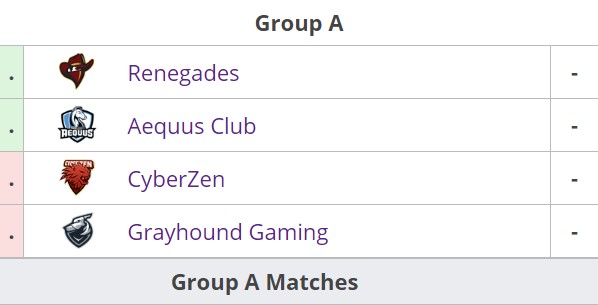 Aequus Club who are sponsoring eXDT from Israel are quite a handful. Having managed to defeat teams like NASR and NOM-Gaming in the Middle-East Qualifier, means that this team means business and has the potential to cause some upsets.

CyberZen is one of the top Chinese teams if not the best and they have proven their worth time and again. Most recently the qualified for the StarSeries I-League Season 7 after making their way through the Asia Qualifiers, where they faced and defeated teams like 5Power Gaming, Ehome, MVP PK and Flash Gaming.

They were also the runners-up at the Asian Development League, an all Chinese domestic league where they dropped the finals to Tyloo but dominated every other team right through the Group Stage. They will surely be able to hold their own, with quite a high chance of causing an upset.

Renegades and Grayhound, the top two teams from the Oceania region are probably the ones qualifying through this group. Both these teams have greater experience and individual talent when compared to the other two teams, while having constant exposure to more international events where they have played against tougher opponents, making them the obvious choice.

This group has a more balanced outset with contenders from Asia, SEA and East Asia regions. 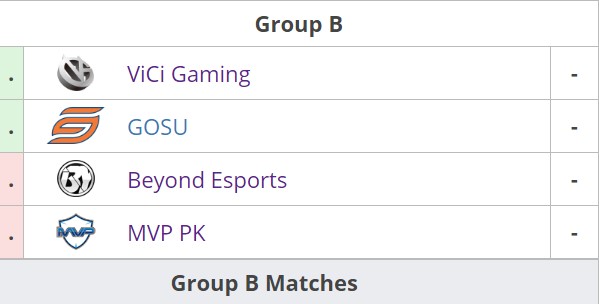 ViCi Gaming and MVP PK are the ones that might be making it to the Playoffs.

ViCi Gaming is a top contender amongst the Chinese teams, going head-to-head against both CyberZen and 5Power. They have shown their capability by making it all the way to the ESL Pro League Season 8 – Finals, and although they were not able to do well against international teams, reaching there was no less of an achievement in itself.

MVP PK, on the other hand, stands uncontested as the second best Asian CS:GO team just behind Tyloo. They put up a formidable performance and won both  ZOWIE eXTREMESLAND 2018 and the CS:GO Asia Summit, leaving their mark as one of the very best in Asia.

GOSU have been a great competition to MVP PK in the East Asian region but are just not at the same level as them yet. They can surely give Beyond Esports a run for their money, who seemed to have gone through quite a hectic roster shuffle back in December 2018. 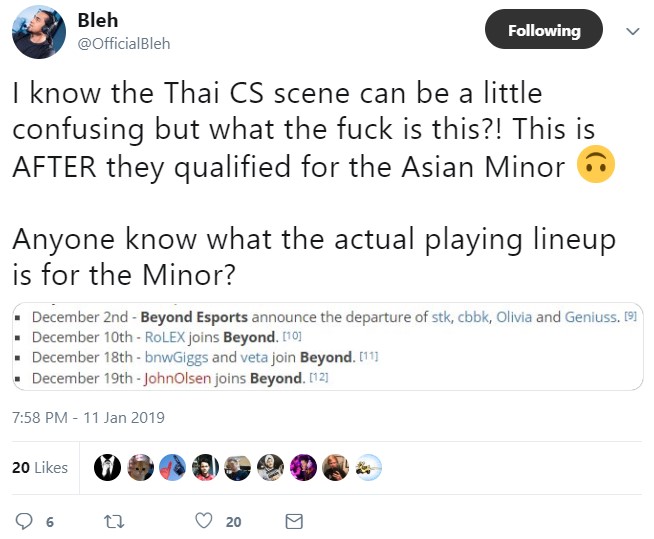 Though GOSU might still be able to turn things around if the stars align in a peculiar manner, Beyond Esports with their new line-up doesn’t stand a chance to make it to the Playoffs.

It all boils down to Renegades, Grayhound, MVP PK and ViCi Gaming making it to the Playoffs with CyberZen and GOSU being the unexpected change in the rather pleasant weather condition.

The following is the schedule for the opening matches:

Comment below if you guys would like us to give an analysis on the Playoffs as well. Which teams do you think will be making it through the Group Stage?

Feel free to reach me on my twitter with your opinions @Catslayer_999.