The ESL Pro League 8 – Oceania Qualifier which started on 14th October finally concluded on 31st October with the Grand Finals being played between ORDER and Grayhound.

The final days of the event witnessed 2 Lower Bracket matches being played which led to the Grand Finals.

Tainted Minds went up against Chiefs in the Lower Bracket Round –3 which turned out to be quite an intense match between the two teams.

Tainted Minds and Chiefs both took a match in their favour winning on Mirage and Inferno with scores of '19-16' & '16-12', respectively.

The decider was played on Nuke where Chiefs triumphed over Tainted Minds. Taking a small lead in the first half, Chiefs maintained their rhythm all the way till the end. Chiefs played a safe and steady match that led them to a victory with a score of '16-11' and helped them move on to the Lower Bracket Finals where they faced a determined Grayhound. 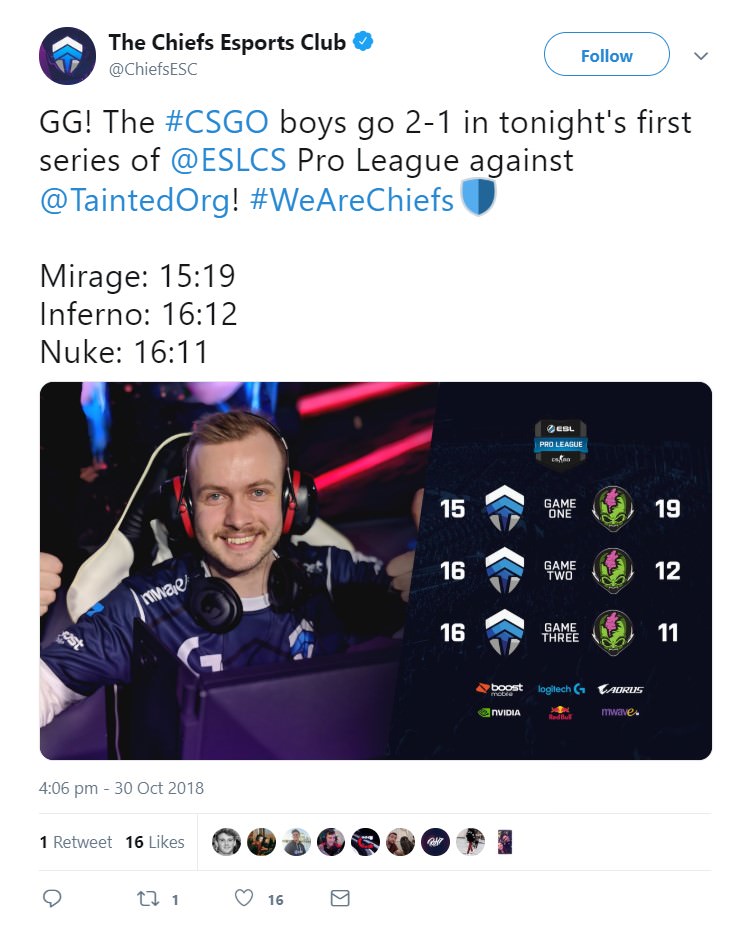 Chiefs lost to a brutal Grayhound who were eager to go up against ORDER to get their revenge.

The first match that took place on Nuke left Chiefs in a state of shock and despair. They crumbled in front of a dominant display of skill which led to some brilliant plays being executed by Grayhound, winning them the match with a score of '16-4'.

The next match took place on Dust 2 where Chiefs rallied every ounce of their wits to outplay Grayhounds but it just wasn’t their day as Grayhounds clutched quite a lot of rounds and somehow managed to cross the finish line, although limping and showcasing a blotchy performing overall it was the win that mattered. With the scoreboard reading ‘16-11’, Grayhounds qualified to the Grand Finals to get their vengeance upon a formidable ORDER. 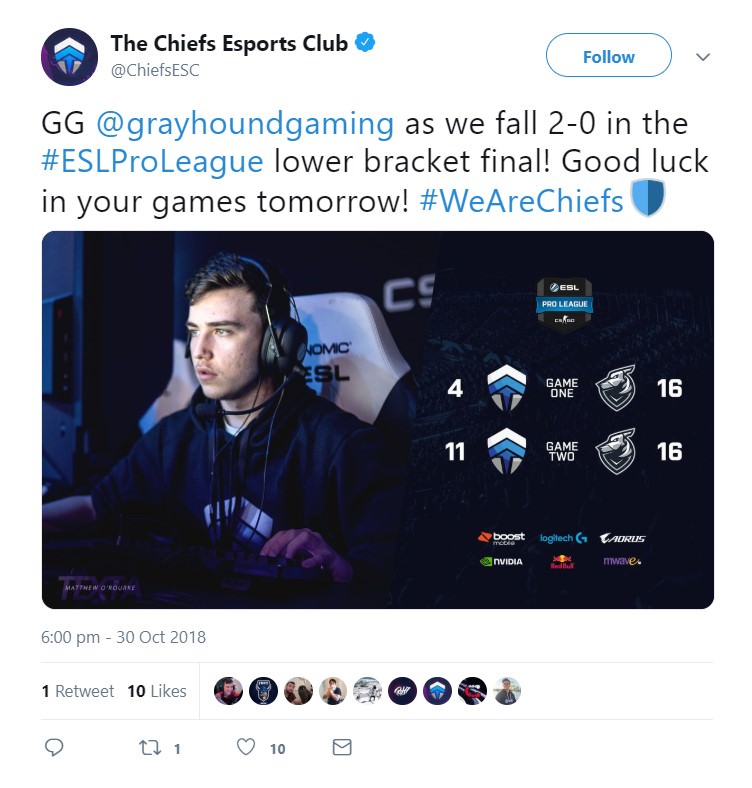 The Grand Finale was a BO5 affair where ORDER started off with a single round advantage as they qualified through the Upper Bracket. Grayhound with a chance at redemption was eyeing a win but ORDER was an opponent that the hounds were not yet ready to defeat.

Grayhound started on a winning note, taking down ORDER on Cache by a score of ‘16-12’. Playing a fantastic T-side that gave them a decent lead over ORDER, they were playing in the same form that was witnessed earlier against the Chiefs.

ORDER took a strategic approach and started off quite slow and were cautious in their plays on Dust 2. Grayhound was on a roll, running the game as they desired which hindered the approach that ORDER planned to take. The second half saw ORDER running a more natural game which worked in their favour, winning them the match with a score of ‘16-8’.

The final match of the series was played in Mirage where the teams went all out on each other, the neck break intensity was being deployed very differently by the two teams. Grayhound was pressuring them with their rushes and unexpected formations where ORDER tried to maintain a solid defence and held their line with really great usage of utilities and even better crossfire setups.

After 30 exhausting and high-pressure rounds, the scoreboard read an even ‘15-15’ which led to an overtime. ORDER shifted gears and countered Grayhound by multiple surprise rushes which led to their victory with a score of ‘19-16’.

With this, ORDER became the winners of ESL Pro League 8 – Oceania Qualifier and have qualified for the  ESL Pro League Odense 2018 which will be held from 4th-9th December in Odense, Poland.