Game 1: Ana and Topson get OG off to a hot start


With two of the best Earthshaker players in the grand finals, the hero was always going to be an impactful one and OG prioritized the hero for Jerax. Topson too got his hands on a mid-MK, that too against Maybe’s Storm Spirit, a matchup he had dominated in the laning phase earlier. Both teams had significantly different drafts, with OG focusing on teamfight and LGD going for a pickoff and single target focused line up. Ame’s Bloodseeker helped LGD’s cause massively in the early game as they did well across all 3 lanes. Without the levels and farm, OG’s teamfight looked weak and Ame, as well as Chalice, made the best of the chaotic teamfights, allowing LGD to take a 8k gold lead. However, with Jerax’s Blink Dagger and Topson’s BKB, OG started making a come back as they kited the LGD heroes brilliantly and took them down individually. Eventually, their full wombo combo came online, with Jerax and Ceb locking down LGD as Ana and Topson lay in on them. OG took the fights on their terms as Ame never got the chance to deal damage in fights and LGD got picked apart repeatedly, eventually calling the gg by 34 minutes.


Game 2: Somnus’ Storm Spirit strikes back with a Vengeance

In game 2, PSG.LGD had managed to take advantage of OG’s drafts by leveraging their early and middle game advantage before OG’s cores could gain any momentum. Though OG got their Invoker for Topson, who put on quite a show against EG in the main event, they weren’t able to stabilize their lineup to buy time for Ana’s Phantom Lancer. Chalice on his Enchantress managed to exert heaps of pressure on OG, while Somnus’ Kunkka created the tempo PSG.LGD needed in the midgame to snowball into the lategame and secure an easy victory. 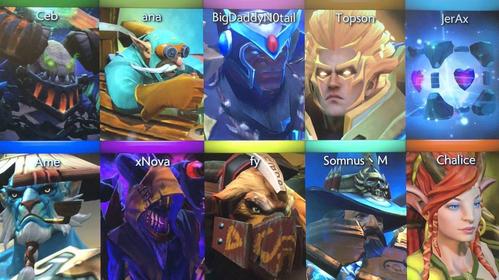 PSG.LGD surprised OG with a last-minute Alchemist mid pick. The story of the game though was Fy on his Phoenix with which he effectively won the entire laning stage, setting up kills across the map. N0tail’s Chen died a total of 17 times in the game, heavily delaying any mid game impact he could’ve had. OG struggled to keep up with the pressure of PSG.LGD’s Alchemist line-up and lacked the sustain to take them head on.


Game 4: OG pull off a comeback for the ages

PSG.LGD started out strong, playing an aggressive trilane and finding early kills, effectively winning all three lanes and pulling ahead with a sizeable advantage. While OG did make sure to keep up in farm on their cores, primarily thanks to Ceb’s incredible Axe performance. PSG.LGD were winning teamfight after teamfight on the back of Ame’s Morphling.

But a game-changing call from the Axe found crucial kills and turned the game around. A constant back and forth ensued as both teams traded blows with numerous fights and buybacks forced, but neither could truly stay ahead, with a small advantage going OG's way. OG eventually found an opening to break highground and after forcing out buybacks, and taking mega creeps, OG took Roshan to secure Aegis+Cheese+Refresher Shard and teamwiped PSG.LGD once again, to bring down the throne and force a deciding Game 3.


Game 5: OG’s unrelenting resilience gets them the Aegis


OG had all the momentum after game 4, but PSG answered back with a scary draft in game 5 featuring fy’s Earthshaker and Ame’s Terrorblade. With everything on the line, OG went all in for an aoe heavy lineup in Zeus, Magnus and Ember Spirit. Much like the earlier games, LGD crushed the laning phase as Topson got heavily outplayed by Maybe’s Kunkka. Fy too made successful rotations and picked up a 12 minute Blink Dagger on his Earthshaker. Despite a networth disadvantage, OG played fearlessly, not afraid to take teamfights against the Global Silence. Some clutch plays by Rubik’s Jerax and Ana’s Ember helped them to catch out PSG’s Roshan attempt and a full 5 man wipe ensued as well as the Aegis going OG’s way. On the backfoot, LGD suddenly began to make desperate plays and OG began to pull ahead with the momentum and the lead. The Aegis was instrumental in securing the bottom lane of barracks as Ana dodged fy’s jump with a clutch Euls. OG forced the issue soon after and a hastily used Global Silence allowed them to win another fight and take the mid lane of barracks. On the verge of victory, OG kept their aggressive style, not giving PSG.LGD anytime to recover and slow down the pace of the game. By 35 minutes, they had won another crucial teamfight in LGD’s base and fy and company could only watch as their throne crumbled.

OG’s incredible run from the open qualifier to a TI win is surely one for the history books. While teams focused heavily on the laning phase and the dual lane meta, OG stood out with an incredible ability to take teamfights and comeback despite their poor laning. With 4 time major winning team have had a rough year with a poor showing at the DPC. With 2 players leaving the team 18 hours before the Supermajor, OG’s chances were at an all-time low. However, grit, passion and the thirst to win persevered as the squad showed immense spirit after making their way to TI8 through the open and then the regional qualifiers. 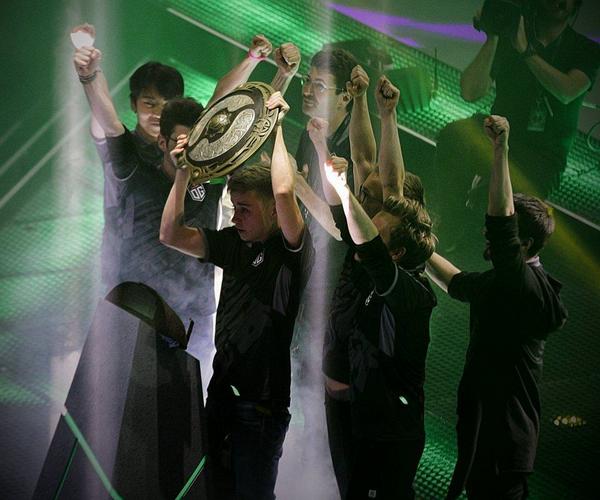 In 8 years of TI, this is only the second grand finals to go to 5 games, showing how close the series was. OG came back from the brink of defeat as they took the last two games in incredible fashion to lift the Aegis. 11.2 million USD is what they take home for their efforts as well as having been immortalized in the books of Dota. It’s truly been one of the best TI’s with some incredible storylines, streaks and curses all culminating down to one of the, if not the best TI grand finals.