The Group - B matches for IEM Sydney 2019 have come to an end following Group - A which concluded earlier today. NRG Esports, MIBR and Fnatic are the three teams who have made it through to the Playoffs.

This is how the group stands at the end of the day, 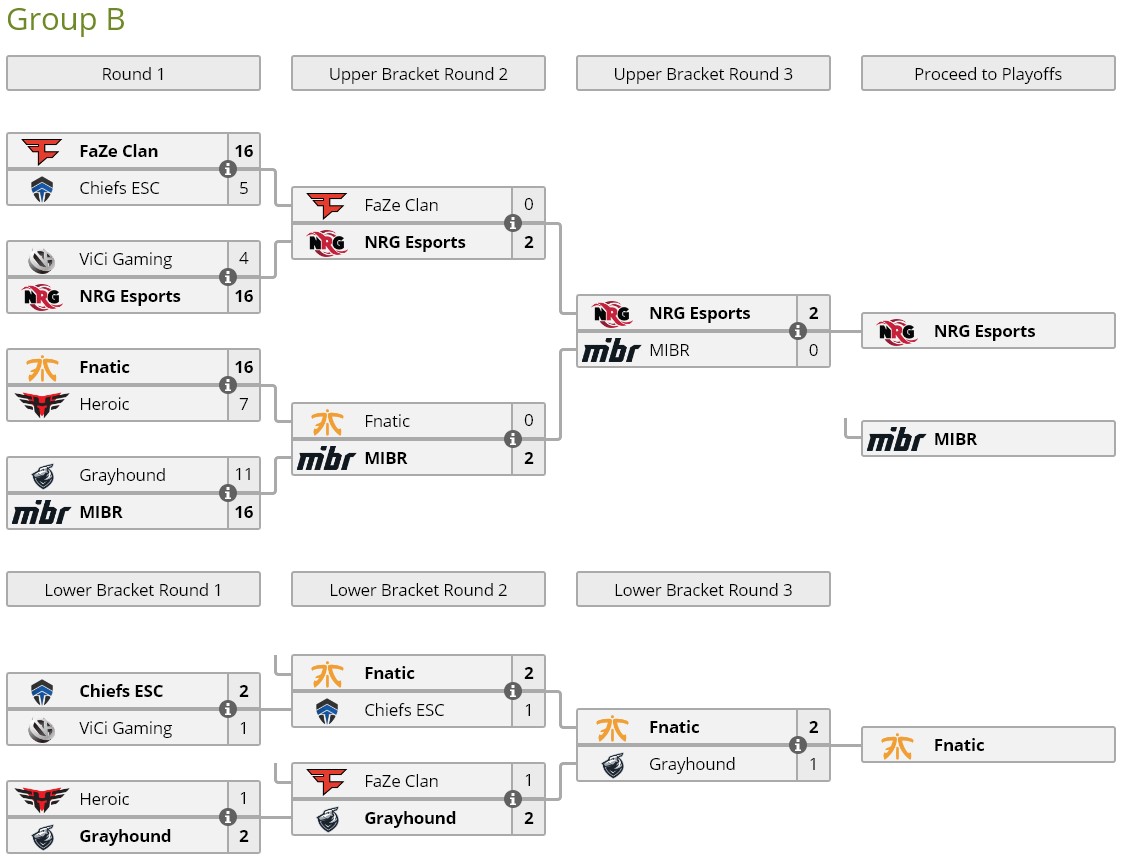 The Upper Bracket Finals was a lot less exciting than predicted with MIBR falling victim to NRG without putting up much of a fight.

NRG stormed through the first match which took place on Nuke, though the thundering might have stopped the aftershocks were still felt by MIBR on the second map Overpass, which also went the way of NRG securing them a high seed placement in the Playoffs. 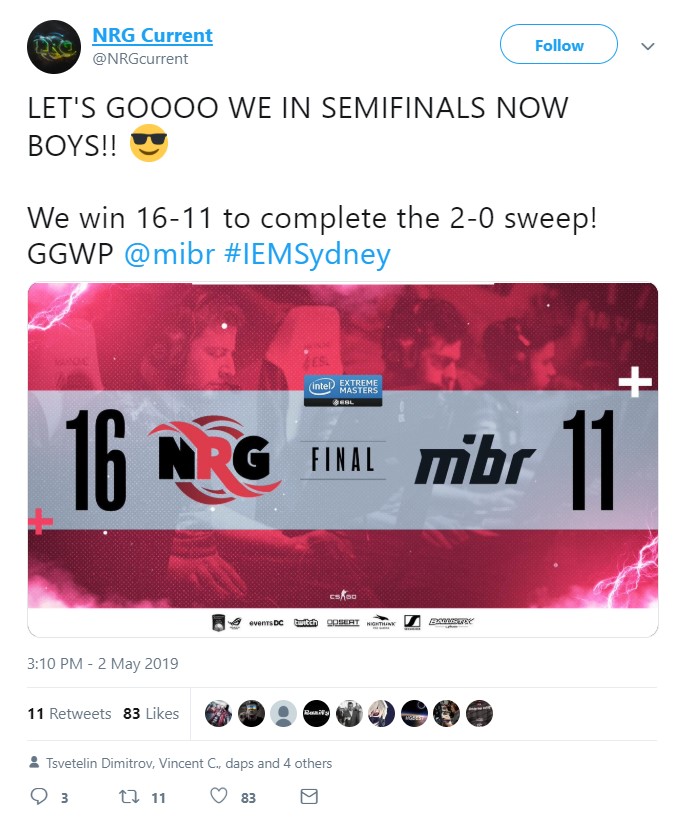 Both Fnatic and Grayhound faced each other in the Lower Bracket Finals but they had to fight hard to reach there.

Fnatic had to come back in the three-match series against Chiefs after losing out on the first map. Grayhound, on the other hand, turned up the crowd after taking the first match off FaZe Clan and though they dropped the second map, they played their hearts out to take a ‘16-14’ win on Overpass.

The match between Fnatic and Grayhound started off with Fnatic punching a hole through the Australian squad as they beat them ‘16-2’ on Overpass, this was followed by a valiant effort by Grayhound to claim an overtime victory by a score of ‘19-16’. The decider on Inferno witnessed early second-half domination by Grayhound but great control by both Brollan & JW with an AK & AWP proved to be their way to victory.i

With this, all the six teams for the Playoffs are set and ready with the matches starting tomorrow at the Qudos Bank Arena.

The schedule for the first day of Playoffs is as follows,