The North-East Esports Championship came to an end on 18th November with the finals of the three gaming titles to be played as a part of Dreamhack Mumbai.

The CS:GO matches were intense and witnessed a lot of amateur and skilled teams come forward to try and contest for a chance to win the first ever esports event held by NODWIN Gaming exclusively for the North-East region.

The championship held a total of 7 Qualifiers, 6 of which were Regional Qualifiers along with an Online Qualifier. Following are the 8 teams which were a part of the Main Event:

This is all the action that took place in the Main Event which was held at Hopperz Arena, Guwahati on 18th November: 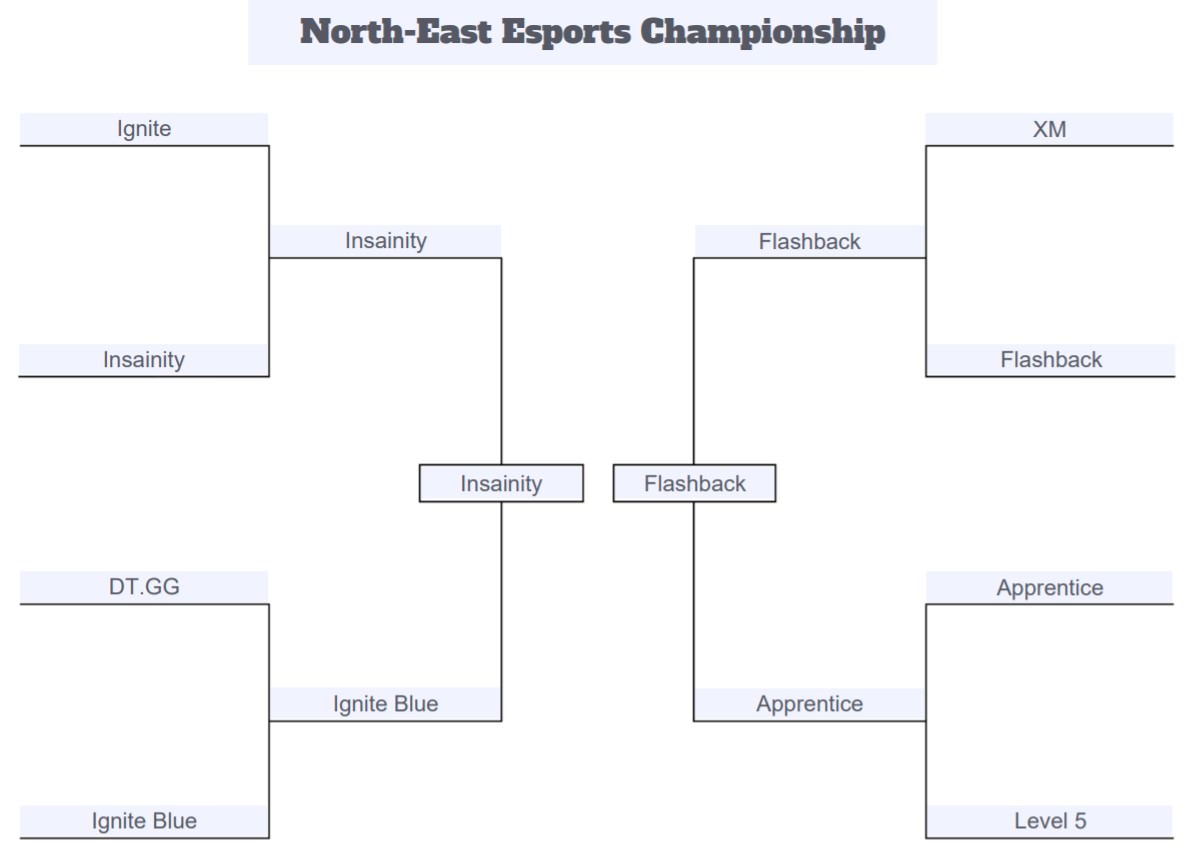 Flashback who has made their way through the Online Qualifiers dominated XM Kohima in their Quarterfinal match-up, defeating them by a score of ‘16-8’ on Mirage.

Their Semifinal match was against Apprentice who were completely taken aback by the aggression shown by Flashback, losing the match by a score of ‘16-2’ on Inferno. They put up quite a fight in the following match but couldn’t attain victory as they went down on Cache with the scoreboard reading ‘16-11’.

Insainity had a great run as well defeating Ignite Esports by a score of ‘16-7’ and moved on to the Semifinals to lock horns against Ignite Blue.

Insainity were unstoppable as they swiped two easy matches one after the other on Inferno and Cache by a score of ‘16-5’ and ‘16-8’, respectively.

The two teams Flashback and Insainity are the finalists of the North-East Esports Championship – CS:GO and will be facing off against each other in a BO3 series at DreamHack Mumbai.

Following are the finalists from the other titles that were a part of the Championship:

Team Xenomorphs & Team BFF are the two finalists that will face-off against each other at DreamHack Mumbai.

Samim & Zeeshan were the two finalists but this particular title was not a part of the DreamHack Mumbai bandwagon and hence was played out on the spot with Samim defeating Zeeshan, claiming the North-East Esports Championship – Fifa along with a cash prize of INR 25,000.

Tickets for DreamHack Mumbai are on sale now. So, go and grab your tickets at the earliest.

Disclaimer: NODWIN Gaming is a client of and holds equity in AFK Gaming.