No surprises in the ESL One Katowice SEA Qualifiers

11th, Jan, 2018
The ESL One Katowice SEA Quals are currently underway and saw 4 bo3’s take place in the quarter-final stage of the single elimination bracket. The tournament sports a million dollar prize pool and is the 3rd Major of this season and the first one of 2018. Mineski has been directly invited to the tournament and deservedly so, as they have looked like the best SEA team by miles.

TNC esports looked convincing in their 2-0 over New Beginning, who interestingly enough feature some really veteran names from the SEA scene. While none of them had had much recent success, Meracle, KyXy, Yamateh, Net, and xFreedom have all been in the scene for quite a while now.
Game 1 was the Kuku show as he dominated from start to finish with a 10-0-5 scoreline at the end on his Shadowfiend. Tims was instrumental in winning him the mid lane against Yamateh, but he swiftly took control and carried them home. In game 2, Raven stepped up having been overshadowed in game 1. Lycan has been a rising pick in SEA and you could see just why as Raven delivered a masterclass on the hero. It wasn’t a great start for New Beginning and they will be looking to up the ante in future qualifiers. 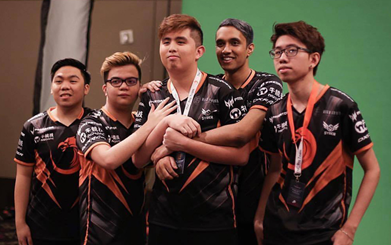 Clutch Gamers still not there yet

CG managed to take a game off Execration but still fell short in the series as their woeful run continues. Armel’s spectacular Shadowfiend play ensured it wasn’t a total whitewash but in the end, Raging Potato’s 4 position carried Execration over the line. He put in a sublime performance on Bounty Hunter in game 1 and played an impactful position 4 Doom in game 3 as Execration took the series.


Geek Fam Vs Boom ID turns out to be a thriller

Geek Fam and Boom ID provided the most exciting series of the stage as we saw a lot of back and forth action before Geek Fam managed to clinch the series. Game 1 was closely contested but Void’s late-game prowess came into play and was further helped by the fact that his Disruptor picked up an Aghs at the 46-minute mark.  In game 2 they dropped the ball, as their BH wasn’t able to pressure the Storm Spirit enough and soon enough InYourDream took control of the game. However, game 3 was a thrilling affair as it went till the hour mark before Skemberlu’s Agh’s Refresher Luna was able to force out the gg. Despite having a Zeus to counter the InYourDream Tinker, you could really see how impactful the Tinker could be, as he kept delaying the game time and again before eventually tapping out.

Fnatic got some relief after getting the 2-0 over Vietnam’s 496, after having been knocked out from the Starladder Quals by TNC. It was a pretty straightforward series from them however we did see 496’s Tinker delaying the second game for as long as he could. 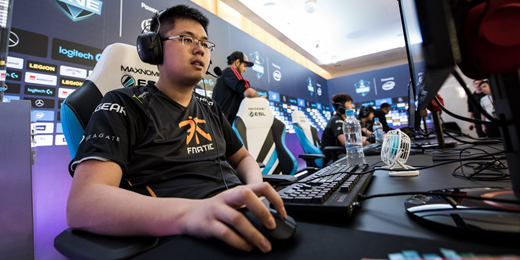 Source: Monster Energy
TNC Vs Execration and Fnatic Vs Geek Fam will be the semifinal matchups for today.
The Starladder iLeague Season 4 Minor matches will also be underway later today. You can follow the action here: Watch live video from AFKGamingEsports on www.twitch.tv
About UsContact UsServicesRSS
DisclaimerAdvertise With UsArchiveEditorial Team