6th, Nov, 2017
Playtonia’s Conquerors Insignia came to an end just yesterday and while the event was marred by production difficulties and delays, Aggressive 5 and Eternal Esports were left smiling at the end of the day as they picked up winners cheques of 3 lakh INR each.

The tournament was one of the largest of the year featuring a prize pool of 20 lakh INR (40,000 USD) and was expected to be tightly contested. Let’s take a look at how the games unfolded:

8 teams made it to the main event of the tournament. They are as follows: 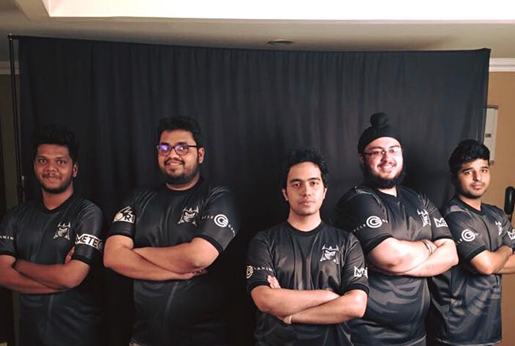 Brutality were seen playing in a grand final after a very long time much to the delight of their fans. However the finals itself were a one sided affair as Eternal Esports took the series 2-0 (16-11 on cbble and 16-7 on mirage).
Dota 2

The teams who participated in the Dota 2 main event were:  It was a pretty simple and straight forward win for A5, who by the way were playing with a standin (Haunter instead of Negi) as they took down Nirvana 2-0 in the finals.

While on paper the tournament itself was huge, there were some hiccups in terms of the execution. While the AFK team was not at the venue so it’s hard to comment on the actual main event, the streams (both for cs and dota) were pretty poorly handled. However, this being Playtonia’s first large-scale event, hopefully, means that they will learn and improve courtesy their mistakes. The Indian esports scene is fortunate to have so many tournaments with such large prize pools taking place so frequently and we can only hope that Playtonia are here to stay. After all, Rome wasn't built in a day!
About UsContact UsServicesRSS
DisclaimerAdvertise With UsArchiveEditorial Team