An early but mostly expected exit for the home team as Signify find themselves eliminated from ESL One Mumbai in last place, after losing the first series of the loser brackets to TNC Predator. Despite showing some signs of life in the series after a very disappointing group stage, Signify were ultimately unable to match up against the mighty Filipinos. Home fans were quite excited to watch the Indian team play and cheered them on as much as possible, but will now have to look for other teams to cheer on as the tournament progresses.

Game 1 started off well for Signify but quickly turned south as the TNC cores ramped up in farm. The Signify draft had little in their arsenal to deal with Gabbi’s elusive Weaver, who finished the game without a death. Kuku’s target selection was excellent in teamfights as he targetted No_Chanc3’s Dark Seer and Swifty’s Kunkka, taking away key components from the Signify draft. Despite a well executed Roshan fight, Signify were never able to contend in terms of farm and had little to offer, once Armel and Gabbi’s BKB’s were up. 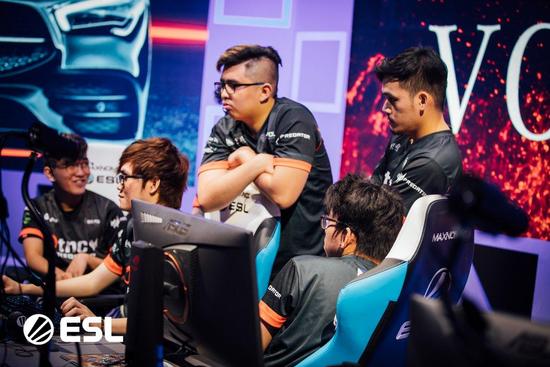 In game 2, both No_chanc3 and Swifty had tough laning phases and while Signify were able to shut down Kuku to an extent but the other two TNC cores more than made up in net worth. Without an early BKB, BlizzarD had a hard time against Lina in team fights and Gabbi’s sublime plays on the Morphling kept Signify out of contention even when they got the upper hand in engagements. With the lead increasing rapidly, Signify still showed spirit and held on as long as they could, but in the end, it was too much, as TNC bulldozed them to a series win.

The second series of the day, Complexity versus The Pango will kick off soon after with the winner taking on Keen Gaming, later on in the day.