Leaks have become part and parcel of Valve’s Artifact Beta testing. We’ve had several people inadvertently leak the game to the public including SEA Caster Xyclopz, Hearthstone streamer Ratsmah, amongst many others.

But perhaps the biggest and most revealing leak of them all happened yesterday when a weibo video emerged, showcasing Artifact’s menu, deck-builder and a long list of new cards before a game against a bot is started. The player, rumoured to be Newbee star Xu "Moogy" Han, was seen browsing through the cards revealing heroes, creeps, spells, and improvements.

There were several cards revealed in the video above, including hero cards, Improvement cards, Spell Cards, and Creep cards. Here’s a detailed table presenting the exact details of the leaked cards from the aforementioned video. 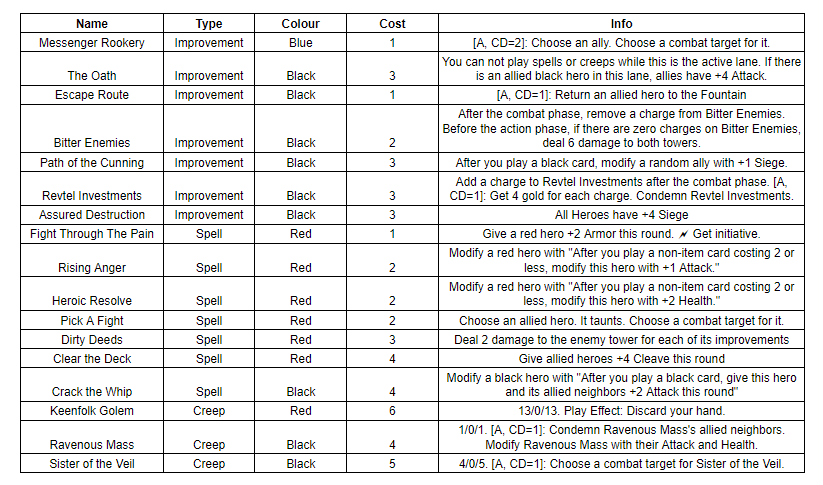 Following this leak, Newbee claimed it, in fact, was Lu "Rubick" Renfei, and not Moogy who had streamed the Artifact reveal. They claim that Rubick who only recently joined the Newbee organization as the team's Dota 2 assistant coach, had "privately borrowed" Moogy's steam account "without Moogy's permission" and streamed Artifact.


They also stated that Rubick was immediately fired, having spent less than two days with his new organization, while Moogy will receive a "major demerit record". Moogy's Artifact access has also been revoked as a result.
About UsContact UsServicesRSS
DisclaimerAdvertise With UsArchiveEditorial Team