The ESL Pro League Season 8 - Finals continued on with the Group Stage into the second day of the tournament which witnessed its fair share of excitement and thrills.

From Na’Vi losing to mousesports to Sharks causing a massive disrupt by eliminating North and Renegades scraping through to the lower bracket finals against North. The day turned out to be full of surprises as underdogs spurted up to dominate against their adversaries.

This is how the groups look after the second day of the event: 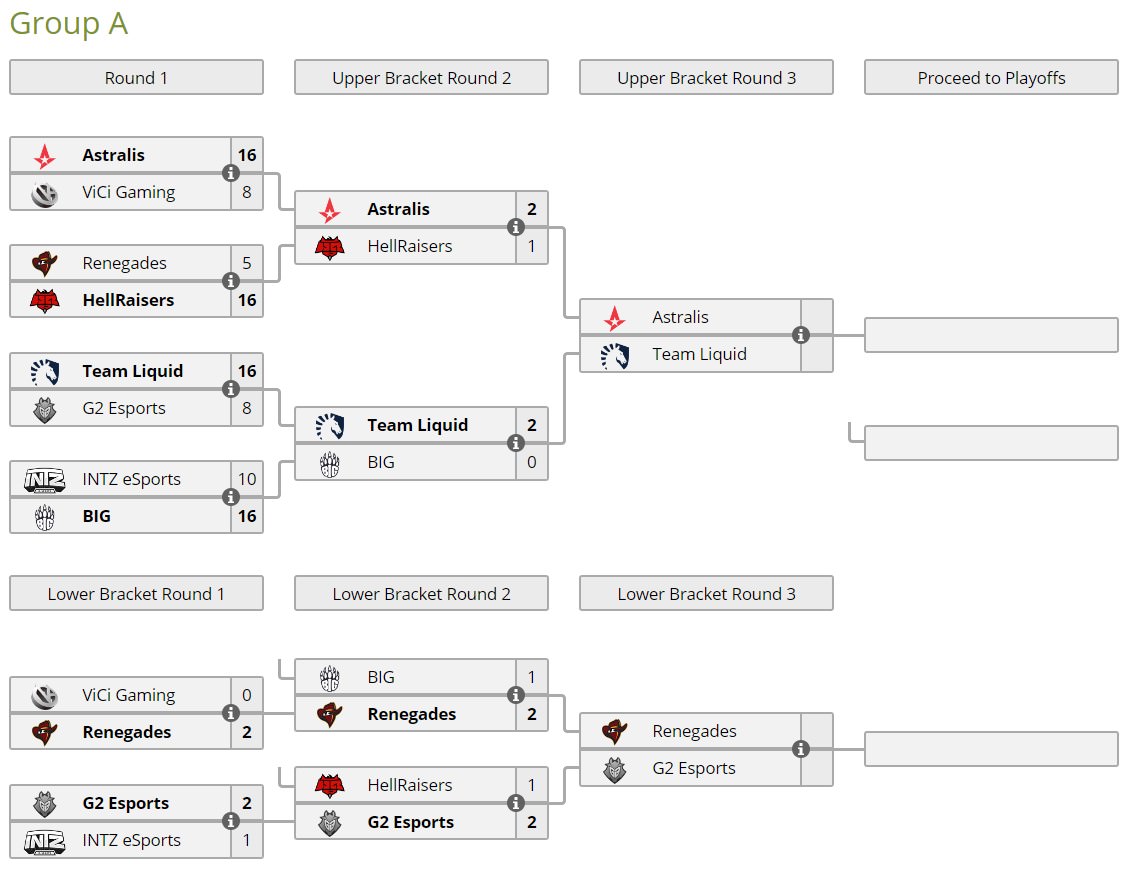 Group – A witnessed Renegades make their way to the Lower Bracket Finals. After losing to HR on the first day the team had managed to defeat ViCi Gaming in their first Lower Bracket encounter after which they put up a mighty performance against BIG, taking them down by a series score of ‘2-1’.

Renegades were joined by G2 Esports who defeated HellRaisers on Dust 2 by a score of ‘16-13’ following which HR retaliated to win the second match on Inferno by a score of ‘16-5’. The decider was intense but G2 played really well on Overpass to take the win with the scoreboard reading ‘16-13’. 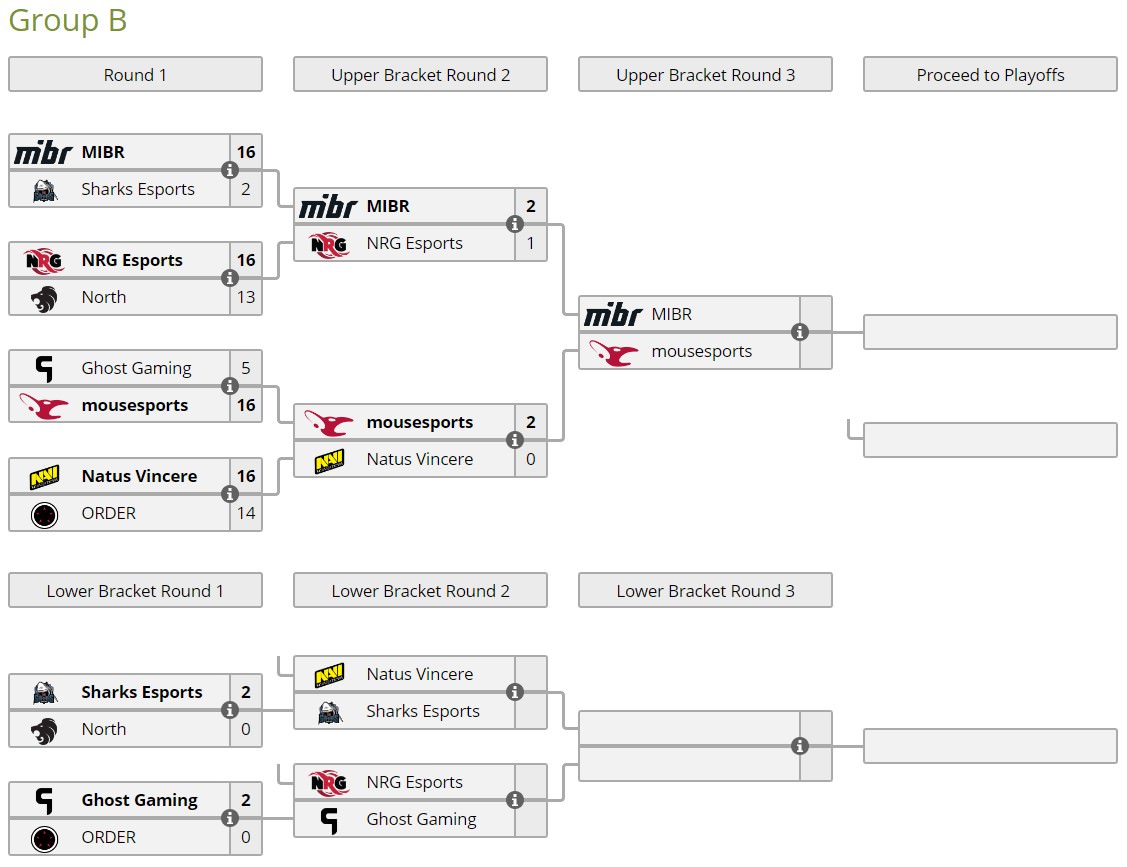 Group-B noticed Na’Vi drop down to the Lower Bracket after facing a humiliating defeat against mousesports who took them down on Nuke and Train with the scores of ‘16-6’ and ‘16-4’, respectively.

Sharks played a wonderful series against North, knocking them out of the tournament as they lost consecutive matches to Shark on Mirage and Inferno with scores of ‘16-4’ and ‘16-7’, respectively.

With MIBR and mousesports securing a slot within the Playoffs, Day 3 of the Group Stage will be witnessing the final two slots being occupied by the winners of the Lower Bracket Finals from each group.