Mineski have crashed out of The Bucharest Major

Virtus.Pro, Team Secret and Newbee have also secured spots in the playoffs.

The game started off strong for Mineski. Daryl “Iceiceice” Koh had a great matchup Johan "N0tail" Sundstein’s Naga Siren, even managing to secure a first blood on him thanks to great micro from iceiceice.

Meanwhile, the bottom lane of the SEA team managed to trade evenly with the opposing side. The continuation of the laning stage, however, did not fare too well for Mineski—a smart gank prediction by OG and a massive teamfight granted them a small but comfortable lead by minute 15. Yet, Mineski managed to come back right into the game with a smart smoke wrap-around and find several pick-offs right after that, utilizing Iceiceice’s Orchid Malevolence + Shadow Blade combo.

Come mid game OG was in a very strong lead with an almost 10k Net Worth advantage and completely spun out of control, winning fight after fight. The support play from the team was impeccable and even the Mushi’s farmed Outworld Devourer looked like a non-factor.

Resolut1on was just too Tanky on the DragonKnight with the OmniKnight backing him up. It was impossible for Mineski to bring him down which caused them to lose all 3 racks and were forced to call GG.

The last set of matches for the Group Stages have also been drawn, TNC Pro team have been handed a favorable draw against Na’vi. While we will have an all American showdown in Optic Gaming vs Complexity Gaming and an all European showdown in OG vs Team Liquid. 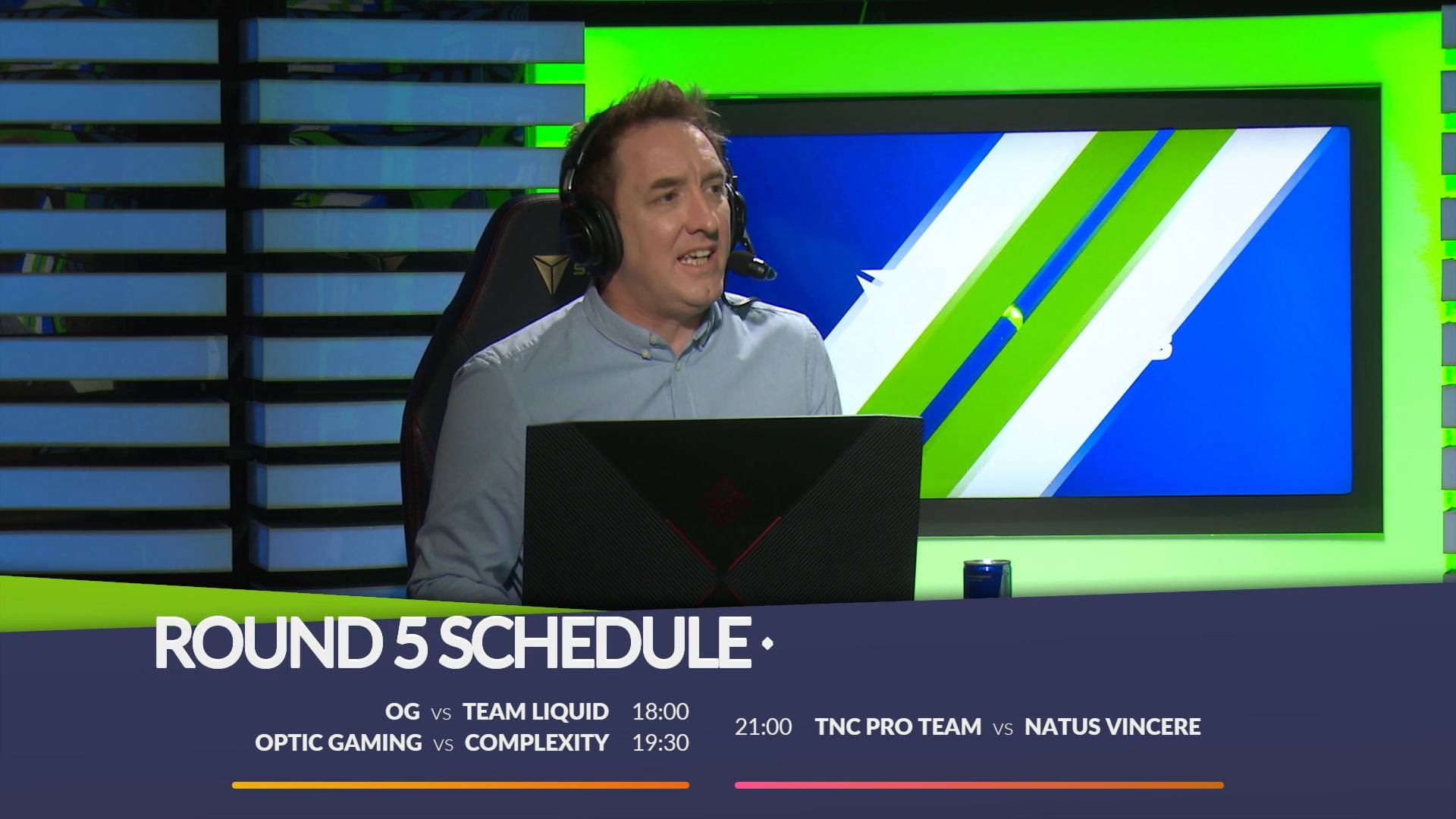