2 SEA teams started off in the quarterfinals of the ESL One Birmingham Major but only one made it past day 3. Fnatic and Mineski managed to sneak into the quarter-finals after wins over Team Spirit and LFY respectively but only one was able to get past the stage.


Coming into ESL One Birmingham, Pain Gaming were indeed the lowest seeded team but their performance in the group stages impressed everyone. Having taken down defending TI champions, Liquid, Pain locked horns with SEA juggernauts, Mineski.

Mineski looked completely unprepared for the tie as Pain bamboozled them with their pace and mid game dominance. In game 1 hFn’s Slark went 16-0 to put his team on is back for a win. In game 2, he stepped up once again, this time on the Troll Warlord going 12-2 and completely countering Mushi’s Lycan. Nana too had looked solid in previous matches and his DK was very neutered in both the games. Iceiceice was largely absent from the series, failing to have any impact across the games as Mineski whimpered out of the tie. Pain Gaming move onto the semifinals, where they will face the current DPC champions, Virtus.pro.


OG lose the plot against Fnatic


In the second series, OG failed to capitalize after being a game up as they conceded the series 1-2 to Fnatic. The EU squad took the lead in game one thanks to a fantastic draft involving a Phoenix and N0tail’s ranged LD build.

In game 2, OG went for a 4 protect one with 7ckngMad on the Medusa, but the rest of the heroes were unable to create the space required. N0tail’s Lycan found it hard to go after the tanky Fnatic core of DK, CK and Dark Seer and OG lost heroes left, right and centre. By the time Fnatic came knocking, Medusa wasn’t farmed enough to respond and OG called the gg. 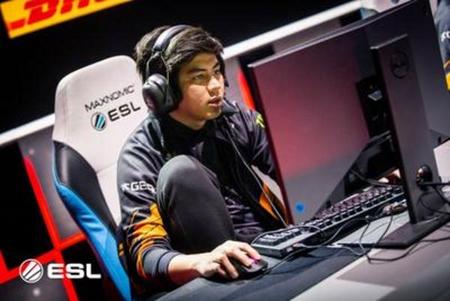 Game 3 saw, Abed’s DP pick up way too many items before the OG lineup came online, making it impossible to take teamfights and defend towers. Despite the late game security of a Spectre, OG were unable to survive the fights and soon EE’s Morphling found a significant networth lead. Fnatic closed out the game just shy of the 40-minute mark but they had it in the bag quite early on. EE and company now face PPD’s OpTic Gaming in the semi-finals.