Mineski and TNC Predators qualify for the playoffs

2nd, Apr, 2018
SEA turned it up a notch on the 4th and final day of the Dota 2 Asia Championships 2018 and claimed themselves two direct berths in the playoff bracket. Mineski and TNC Predators were simply sublime as they didn’t drop a single game today and managed to join Virtus.Pro and LGD Gaming to become one of the 4 direct invites moving on to the playoffs.

Heavyweights Evil Geniuses, Team Secret, Team Liquid will all find themselves in the Breakout bracket after they all failed to win their necessary games. Here’s what happened on Day 4 of the Dota 2 Asia Championships.

The Day kicked off with Vici Gaming dropping their match against TNC Predators to allow OG to have a chance to make it to the playoffs. OG promptly won their last and final match of the group stages by taking out LGD Gaming in just under 50 minutes. This left them both in 6th/7th place at the culmination (or what should have been) of group stages earlier today. So the first of 11 tiebreakers for Group A was to be had – this one decided who would be eliminated from the Major from the group, following the fate of Keen Gaming.

With OG winning their game earlier in the day and Vici having lost – plus their victory in the previous series, the European squad seemed to be the favorites, but that quickly changed as Vici took control of the game from the start and never let up. With Zhang ‘Paparazi’ Chengjun on an almost un-killable Lifestealer, it took Vici Gaming little over half an hour to completely dismantle the OG squad and claim victory, keeping their hopes alive at DAC 2018.

Hence OG became the last team to be eliminated in the Group Stages, joining Keen Gaming, Effect and paiN Gaming at an early exit.

On the other end of the group, Both Optic Gaming and Team Liquid failed to win their last matches which forced a five-way tiebreaker for the first place in the group which actually translates in 10 more best-of-one games between Team Liquid, Newbee, TNC, LGD Gaming, and OpTic Gaming.

The tiebreakers to decide the top 5 positions of the group began with one team looking like they were clearly way ahead of the pack, TNC Predators. After their morning victory over Vici Gaming, the SEA squad continued to be absolutely unstoppable – taking down Optic Gaming and Newbee as their first victims before demolishing Team Liquid and finally, in the last game of the day, destroying LGD Gaming. There was no time where it seemed as though TNC were not in the driver’s seat of any of their victories – not allowing any of their 5 final day opponents to secure more than 20 kills on them in a single game. Completely earned from their tiring day of best-of-one conquests the SEA squad claimed the top spot in Group A – joining Group B’s SEA rep, Mineski, in the playoffs at the Main Event of the Dota 2 Asia Championship.

The rest of the group would see LGD Gaming take 2nd place, also moving straight through into the playoffs – whilst Optic, Liquid, Newbee and Vici Gaming rounded out the top 6 spots and would move into the Breakout bracket.

Group B kicked off in a very straightforward way with Mineski taking on Evil Geniuses. The winner of that match would move on to the playoffs while the loser would move to the Breakout brackets. Mineski were simply superb and completely nullified Evil Geniuses in a way that only Virtus.Pro had managed to do so in this group. All 3 of EG’s cores were underfarmed and were getting picked off left right and center by Jabz’s Nyx Assassin. Mineski closed out the game in 38 minutes and qualified for the playoffs.

Team Secret vs Virtus.pro was the very last match-up in the group and featured a support Pangolier played by YapzOr and a carry Omniknight for RAMZES666. While captain Puppey went with a draft that was supposed to give his team a lot of control capabilities from Lina, Crystal Maiden, Pangolier and Lone Druid. Solo put together a heavy healing lineup that gave his team a huge amount of sustainability from early stages. Witch Doctor, Enchantress and the carry Omni were more than enough to keep the Death Prophet in the front lines while pushing and keep the Sand King alive after his initiations. But VP were just not able to close out the game against Team Secret’s high ground defense.

However, massive positional error’s from Team Secret allowed Virtus.Pro to teamwipe them and close out the game in just over 70 minutes. 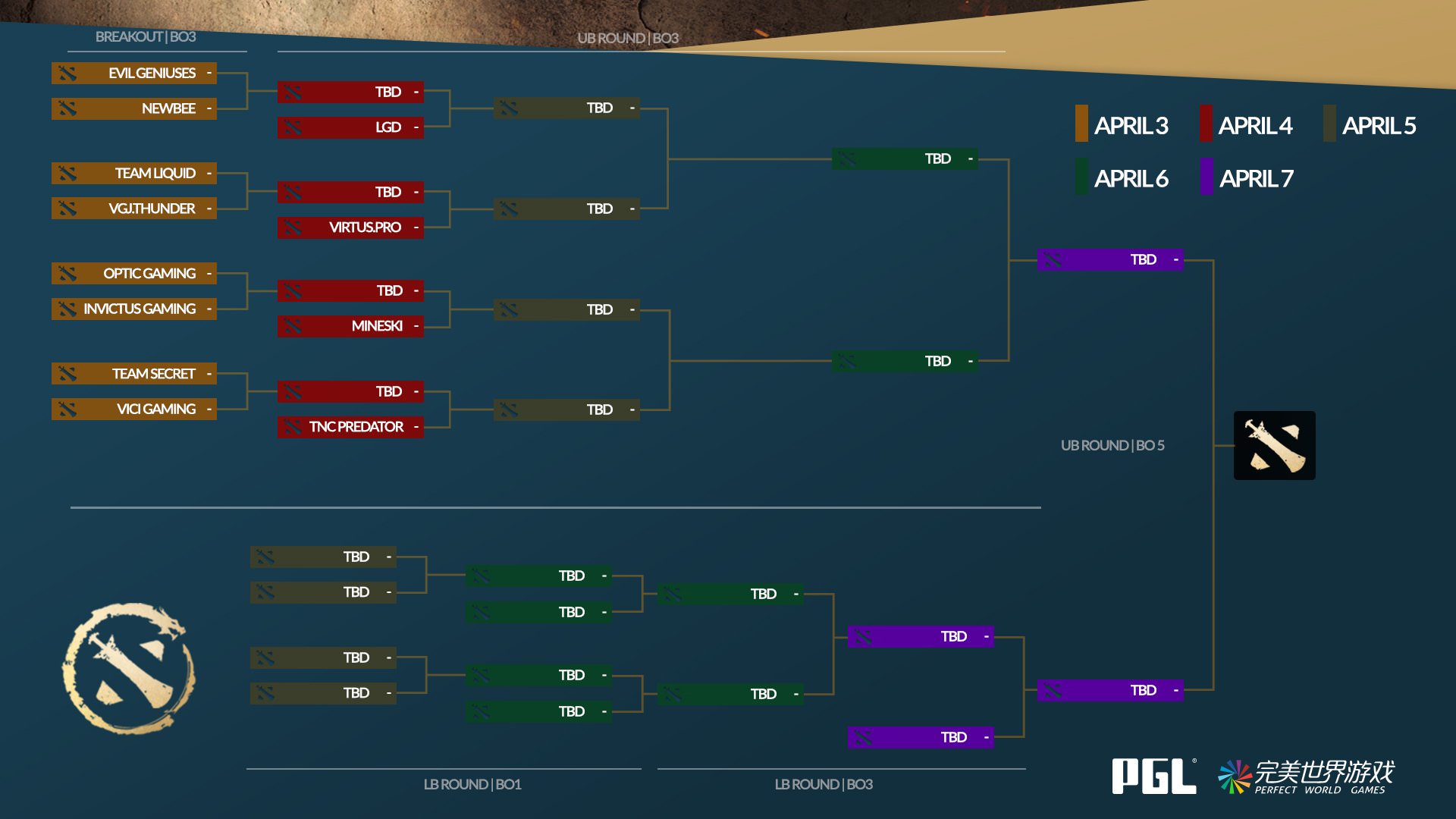 While Mineski has an easier opponent in their first round, TNC Predators look like they are out for blood and look like they’ll destroy any team put in front of them. If both teams win their respective matchups, we’ll have an All-SEA showdown in the 2nd round of the playoff bracket to determine who will secure themselves an additional 675 points(minimum) in the DPC points table.