28th, Mar, 2018
The world of Dota 2 is apparently far from being rid of match-fixing. While match-fixing is one of the biggest problems that any professional sport must overcome, the demographic of the player-base in Dota 2 makes it much more susceptible to the these kind of scandals.

It all started with Solo’s infamous scandal, where he bet $322 against his team RoX.KIS and ‘threw’ the game. After this incident, Valve made a series of guidelines and made it strictly clear that any player who takes part in match-fixing will be permanently banned from Valve events. In fact, there are over 20 players who have received lifetime bans from Valve (The majority of which are from the SEA region). But it looks like teams still haven’t learned that it is not worth it.

Yesterday, in a pro match at the Dota2 Professional League Season 5, two teams did their best to throw the game. Usually, in case of a match-fixing, one team does its best to lose but when both teams decide to do the same, while funny, is quite disrespectful to the fans and the rest of the pro teams playing in this tournament. Both Ulrica and Rock.Y looked like they were both trying to lose. Their attempts to 322 were noticed by all the casters particularly Chinese caster: Haitao, who made a lengthy Weibo post: 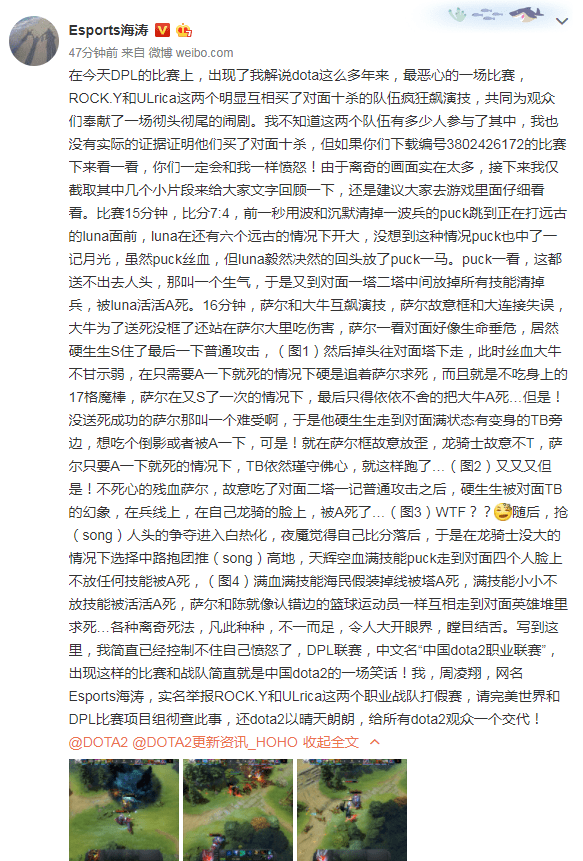 He witnessed one of the worst matches ever, Rock.Y vs Ulrica at the Dota Professional League which was a complete sham. He doesn’t have any evidence of the players actually placing bets, but if someone could take the time to actually watch the game (match Id: 3802426172) they could easily conclude that match-fixing took place.

He then proceeds to list instances in which the players appeared to throw the game.

He says it’s a disgrace if these teams playing at DPL, at Dota2 Professional League think they can get away with match-fixing and that he, Lingxiang Zhou, ID: Esports??, wants to report Rock.Y and Ulrica for match-fixing. He says that he hopes that Perfect World and DPL would step in, investigate into this affair thoroughly and give an explanation to the community.

Here’s a highlight reel of the throws.


From what we can see, it’s Ulrica who are actively trying to lose the game, while Rock.Y was intentionally trying to sabotage Ulrica’s efforts. This was apparently confirmed via leaked private messages. 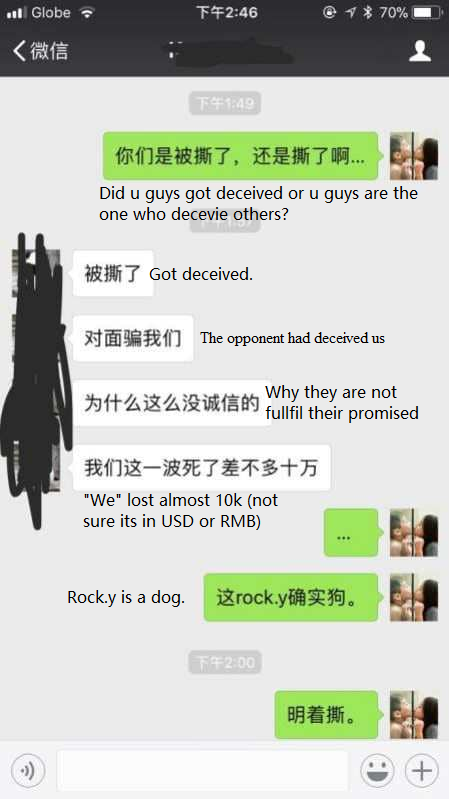 Message 2: Rock.Y’s player says they noticed them trying to 322 and intentionally ruined it. 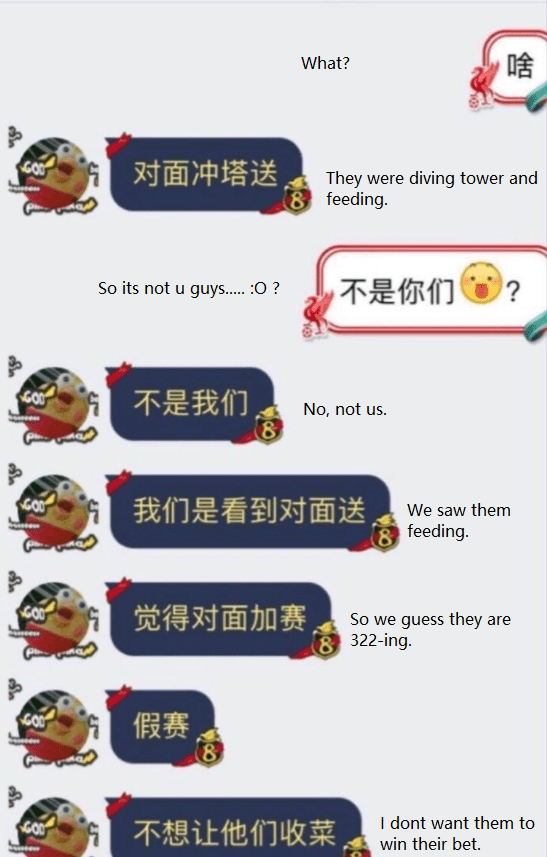 This has apparently evoked a lot of anger from the Dota 2 community in China, pro players and fans alike which has caused MarsTV to respond with a post on Weibo where they list out the instances of 322s and the consequences for Rock.Y and Ulrica.