The final day of the ESL Pro League Season 9 - Asia concluded today with Lucid Dream & Alpha Red qualifying through to the next Group Stage.

It was another intense day of some kickass CS action which witnessed Lucid Dream put up one hell of a fight against B.O.O.T-d[S] while Alpha Red got a default victory as Entity forfeited their game following a lot of ping issues and packet loss to the server. 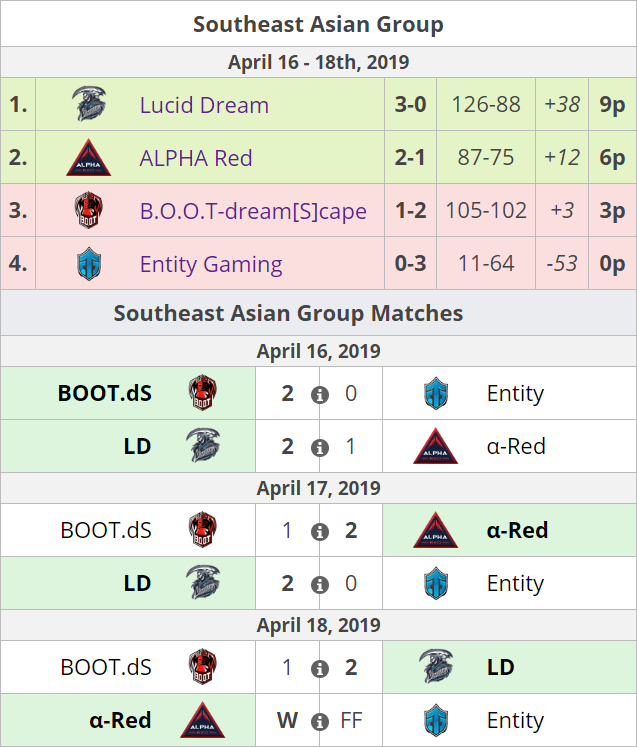 B.O.O.T-d[S] were not in their full strength today as Benkai was being replaced by dsn. B.O.OT-d[S] held back Lucid Dream on their own map pick, Nuke by putting up a daunting performance. The match went into double overtime after which B.O.O.T-d[S] were able to shake things up and see their way through to the next map.

Alpha Red was declared as the winner due to Entity forfeiting the second match of the day. This was because the team was constantly facing high pings of around 300 ms along with packet loss to the server.

The Entity Gaming line-up is currently bootcamping in Siberia because of which it is really inconvenient for them to play this particular event due to the server being in the SEA region. The Manager of Entity Gaming had posted earlier that the team would not be able to play and would likely forfeit all its matches but kudos to the team for still showing up and playing out its matches against B.O.O.T-d[S] and Lucid Dream.

With this, the SEA Group Stage has come to an end. Lucid Dream & Alpha Red have put up phenomenal performances to qualify onto the next Group Stage. 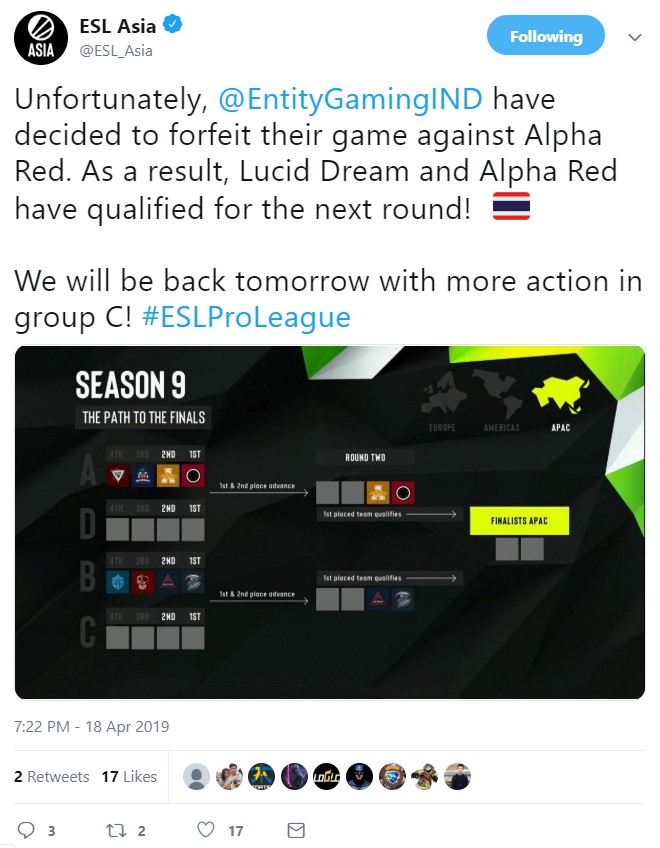 Lucid Dream had recently qualified for DreamHack Masters Dallas 2019 while Alpha Red put up one hell of a performance at the COBX Masters and the ESL One Cologne 2019 - Asia Open Qualifier. Both the teams have continued to impress and hope they do well on their road ahead.

Stay tuned as the Chinese Group kicks off tomorrow onwards with two more teams moving on to the Final Group Stage.