The final day of the IEM Sydney 2019 took place today with the Grand Final taking place between Fnatic and Liquid. Though Liquid was heavily criticised for their gameplay on Overpass, the team turned things around for themselves taking the series and the trophy to become the champions of the IEM Sydney 2019.

It has been a long day with the best-of-five series dragging all the way down to the final map. The teams traded off the maps making their way down to Inferno where every player felt the nerves and after about an hour of being completely immersed in the drama, Liquid walked out with their heads held high as the crowd cheered on. Finally, after missing out on victory in so many occasions they finally walked up to the stage to lift the trophy.

Once again congratulations to @TeamLiquid - your #IEM Sydney 2019 CHAMPIONS! pic.twitter.com/XozW0TtvX6

Liquid Reborn - The Champions Of Sydney 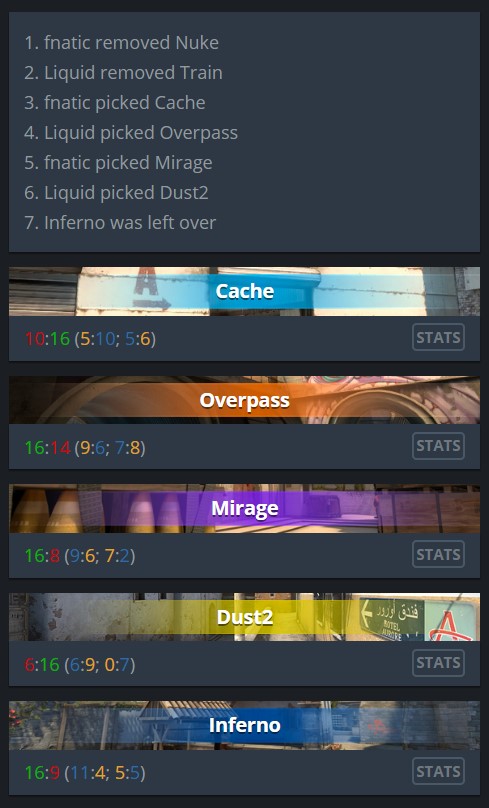 The series started off with Fnatic owning Liquid on their map pick Cache. As Liquid is a strong team on Cache, this map pick came as a bit of a surprise but it all worked out perfectly for Fnatic. Starting off really strong as CT, Fnatic had a good lead in the first half and carried on the momentum to take the map away from Liquid.

NAF did admit after the match that as Cache had been removed from the map pool, they hadn’t practised on the map in recent times.

Moving on to Overpass, Liquid was looking flawless till the ninth round after which the team hit a breaker, losing momentum they could only manage a three-round lead. The second half witnessed some of the worst CS that Liquid has ever played, simple mistakes and multiple team blunders were the banes for the side. But brilliant individual efforts from nitr0 and EliGe helped Liquid secure the map.

Liquid went on to stomp Fnatic on their own map pick next. Though the start was slow a clutch win by NAF on the third round started off their engine as they went on to secure seven rounds in a row. Even in the second half, the executions were really tight, all the payers were really feeling themselves and it just ended up being a great run for liquid.

Though the NA squad wanted to seal the deal on their map pick Dust 2, their confidence went for a toss as soon as JW and twist started taking the fight to Liquid, piling up kills upon kills the two were in the right places at the right time winning trades in favour of Fnatic. Liquid could not handle the pressure as the Twitch chat broke out in a synchronised harmony of “Liquid Choke” which they did, handing a win to Fnatic.

The decider on Inferno was being favoured as a map on which Fnatic would be performing well based on the fact that they were the one who had been playing a lot of matches on Inferno lately but Liquid proved everyone wrong.

Starting off as CT, Liquid crushed Fnatic hard as they gathered a massive lead. They held a lead of 10 rounds at one point but a sudden burst provided by booth Brollan and JW saw Fnatic coming back into the game. KRIMZ was in the zone as he won back-to-back clutches to keep Fnatic in contention for the trophy but this was not enough as Liquid found their way back into the match, walking away as the victors after a gruelling session of intense CS.

With this, Liquid walks away as the champions of IEM Sydney 2019 along with a cash prize of $100,000. This was the first time the team was participating in this particular event and they were truly phenomenal.

But the most important thing is; Has the ‘Liquid Curse’ finally been lifted? Though nitr0 might be confident that they have broken the shackles of second place finishes, I guess only against Astralis can we be absolutely certain about this.