The unofficial counter-strike major of the year, ESL One: Cologne 2019, kick-started today as Cologne witnessed top teams from across the world fight it out at the group stages commencing today. The day was long and packed with matches, running two simultaneous matches on two streams.

While Team Liquid and NRG were able to secure themselves a spot in the Playoffs, the Korean side of MVP PK along with Renegades had to bid farewell from the tournament, becoming the first two teams to get knocked out.

Both the groups were quite exciting with a few upsets shaking up the day. There were strong performances and a lot of questionable plays (why S1mple? why?), keeping the day interesting and the matches intense. This is how the groups look at the end of it all, 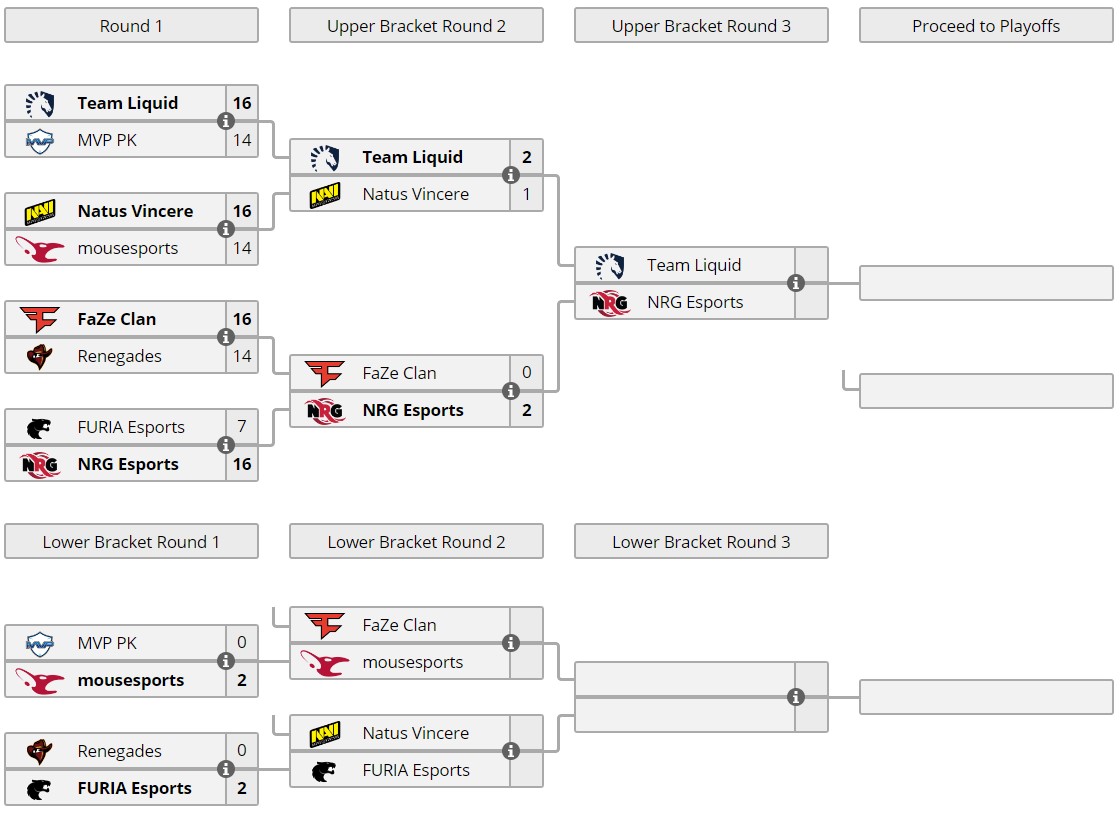 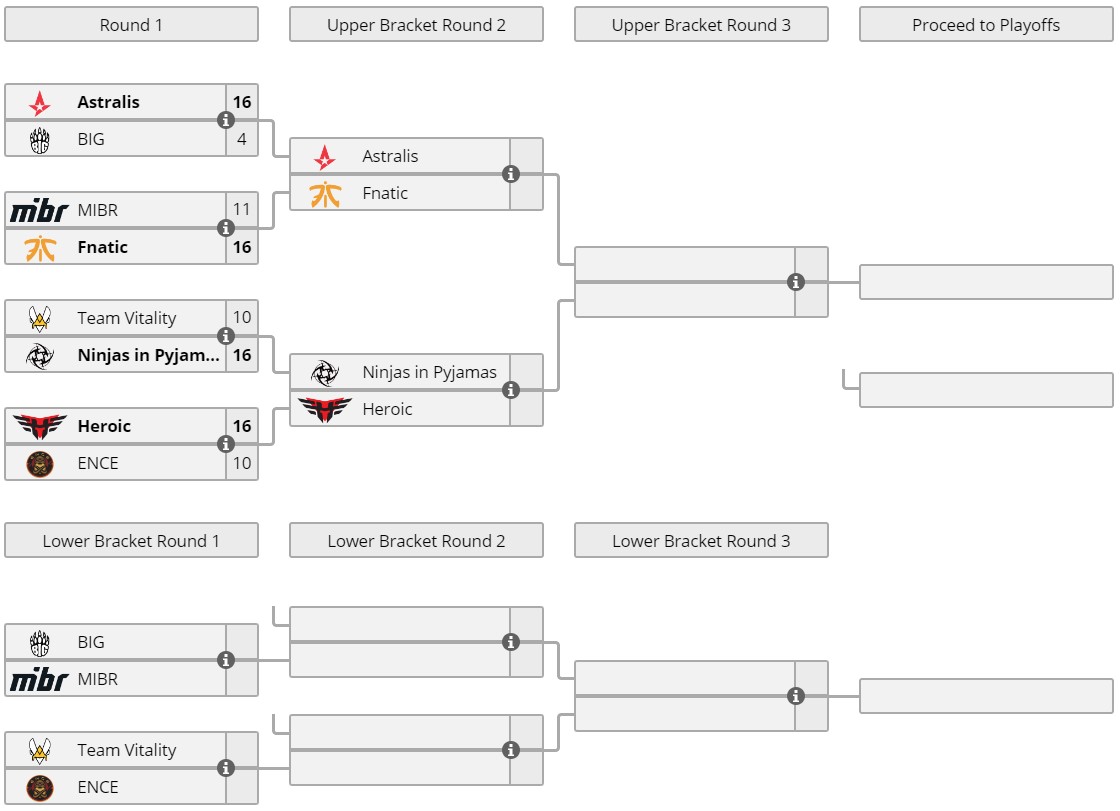 Team MVP started strong on Nuke against Liquid, though the NA squad was able to work its way through the tight match, MVP looked quite formidable. Dropping down to the lower bracket it looked as if MVP might just be able to cause an upset but Mousesports gave them no chance to even think about victory. They took them down in back to back matches on Vertigo and Inferno comfortably to save themselves for another round as MVP PK were eliminated despite a strong start.

Renegades, on the other hand, dropped down to the lower bracket after hitting FaZe hard but not quite enough. Facing FURIA, they were the likely team to make it through but once again the Brazilian squad was able to create something magical out of the situation as they stormed through the Australian line-up to secure themselves a ‘2-0’ and make it through to the next round.

Couldn’t quite bring it back against @furiagg. We saw some amazing plays from both sides. GG#ESLOneCologne #ESLOne pic.twitter.com/Rb8kwe4Lzj

The match between Liquid and Na’Vi was the game of the day. It started off with a marathon of a faceoff on Dust 2 which Liquid was able to win in the second overtime only because of s1mple wanting to style with a knife kill.

This led to another intense match on Overpass where Na’Vi was able to avoid the overtime and take it down to a decider. The last match on Mirage was not all that close as Liquid took a comfortable win to proceed on to the upper bracket finals and secure themselves a position in the playoffs.

NRG soon joined them in the upper bracket finals after defeating FaZe Clan in two consecutive matches fairly comfortably and securing themselves a slot in the Playoffs.

2-0 vs @FaZeClan and another playoff run for us! Feeling really good synergy between myself and @peterjarguz . Well played today team

Astralis and Fnatic managed to win their openers against BIG and MIBR, sending them down to the lower bracket. The two will be facing each other tomorrow with Astralis, of course, being the favourites to go past them and secure themselves a spot.

The next two matches were the upsets that add flavour to the group stage. NiP took down the French giants, Vitality on Dust 2. It was CT-sided domination that led them to victory as they strung 11 rounds in a row to find victory. The other match surely left a sour feeling for all the ENCE supporters, as their team went down to Heroic on Mirage, a map ENCE is quite familiar with.

It is sad to see that the Asian representatives, Team MVP PK could not make it through the first day. But the way they troubled Team Liquid was satisfying to watch. They played smart and methodical, which was something fresh from an Asian team. Though Mousesports proved to be quite a big challenge for them, they tried their best and took in a lot of experience in their first time attending the event.

On the contrary, it was really upsetting to see Renegades walk-off in such a manner. FURIA were clearly not good enough, they were coming into the tournament following defeats against teams like GamerLegion and EUnited. NRG gave them a sound beating in the opening matches as well but they just proved to be a nail for the Australian side. It shows the lack of temperament in the team and the reason why they have been experiencing a drop in their rank.

That has been the first day at the ESL One Cologne 2019. Exciting matches with teams breathing down each others neck ready to punish the smallest of mistakes, intense action with an intent to kill, this is not a battle but an all-out war. Let’s see how the group stage pans out tomorrow!