Liquid, NiP & Mouz qualify for the playoffs of IEM Sydney 2019

The Group - A matches of IEM Sydney 2019 came to an end today with Liquid, NiP and Mousesports making their way through to the Playoffs.

This is how the Group - A stands after playing out all its matches, 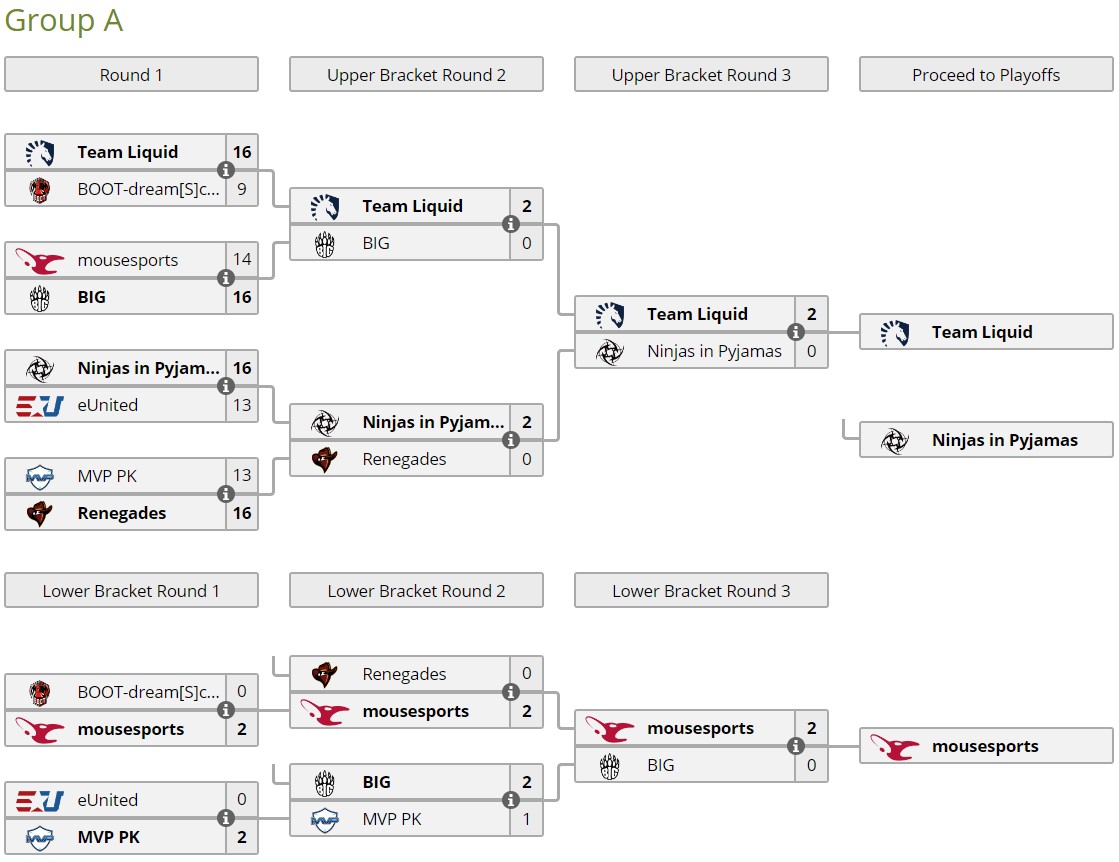 Liquid went on to take the high seed position in the Playoffs after taking down NiP in the Upper Bracket Finals of Group - A. NiP tried hard but Liquid proved to be a bit too much for them. After losing on their own map pick Nuke which was a bit of a surprise pick by them, Liquid went on to take Overpass and make it through.

Mousesports gave a nice beating to BIG taking them on Mirage followed by Inferno by a score of ‘16-2’ and ‘16-4’. BIG in total could only secure 6 rounds to their name. TabseN was the only player from the German line-up who played decently. On the other hand, frozen and ropz were on fire as mouz knocked BIG out of the vent.

Stay tuned as the battle for the remaining three slots continues on in Group - B.