The Playoffs is all set and ready as the third day of the DreamHack Masters Dallas 2019 comes to an end. Both ENCE and Liquid were able to win their respective groups and qualify directly onto the semifinals of the event, whereas the remaining four teams face off against each other in the quarterfinals.

This is how the two groups look at the end of the group stage, 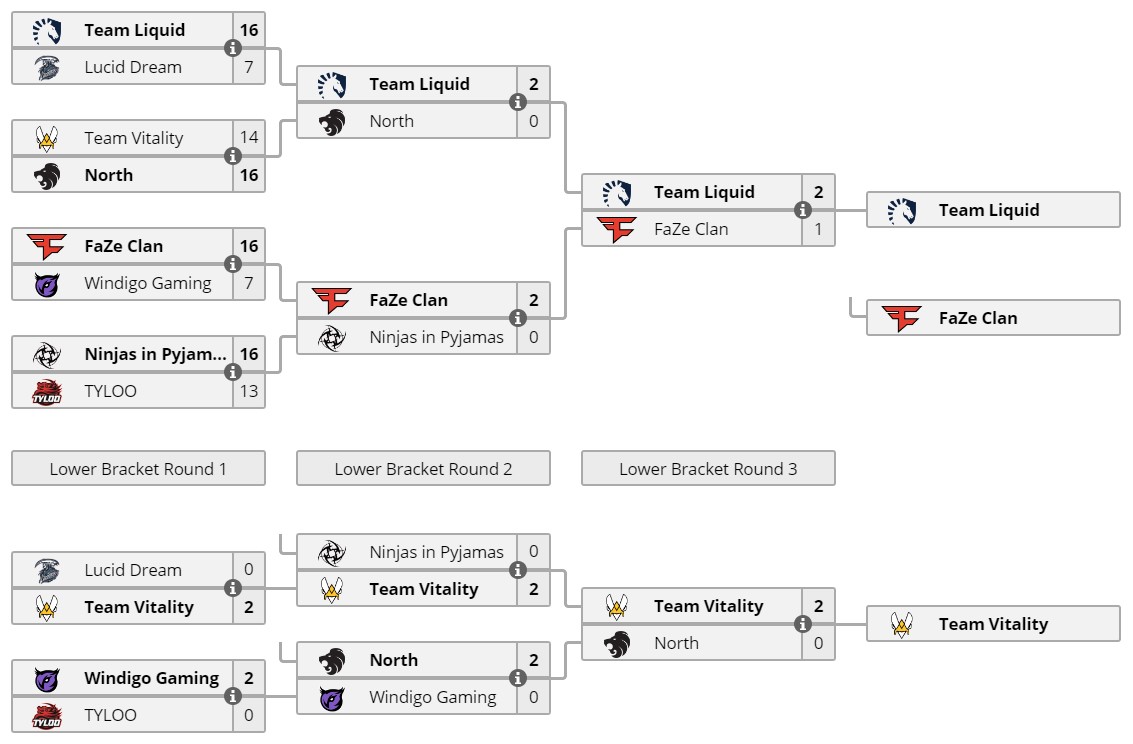 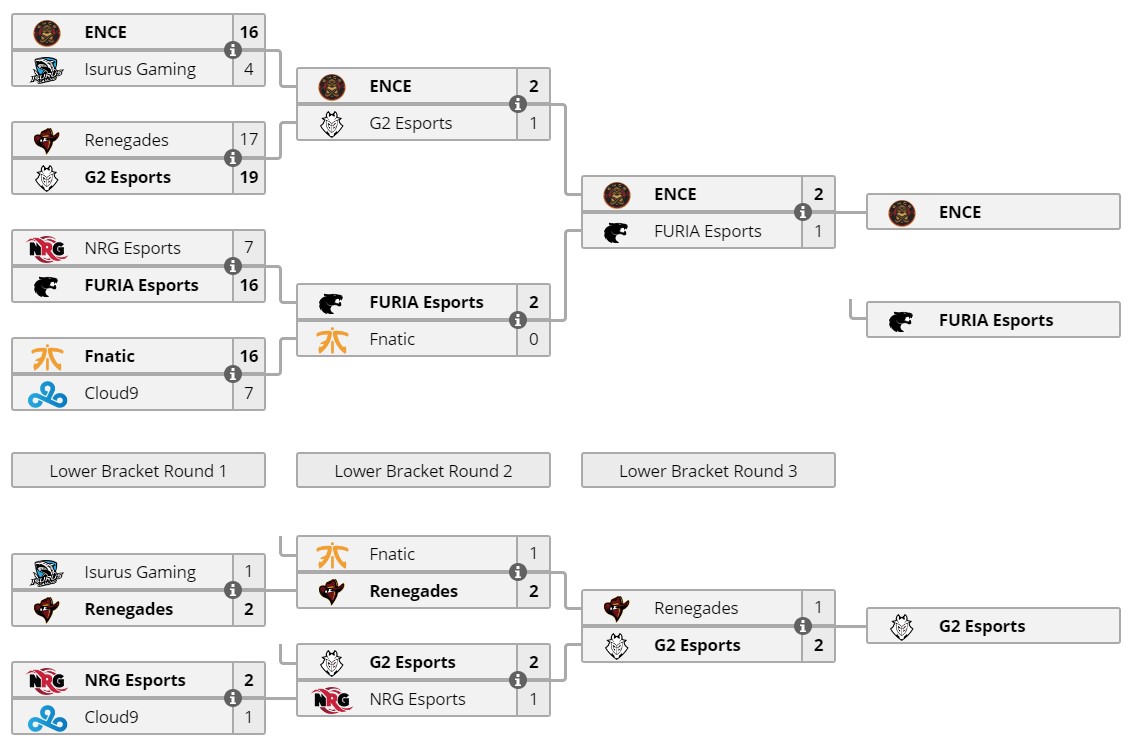 Vitality knocked out North in the Lower Bracket Finals, attaining their revenge while also qualifying for the Playoffs. But it was the upper bracket clash that grabbed all the attention.

FaZe and Liquid clashed on Dust 2 which turned out to be quite the matchup. None of the teams wanted to let go off an early advantage and it was Liquid that was able to attain victory after the match went into double overtime.

To everyone's surprise, Liquid opted to choose Nuke as their map pick, a map on which they were destroyed by Vitality twice in the recently concluded cs_summit 4. Once again the map proved to be a hurdle for them as FaZe levelled the series.

The decider on Inferno was not as close as the crowd had wanted it to go with Liquid taking quite a comfortable win and securing themselves a direct entry into the semifinals. 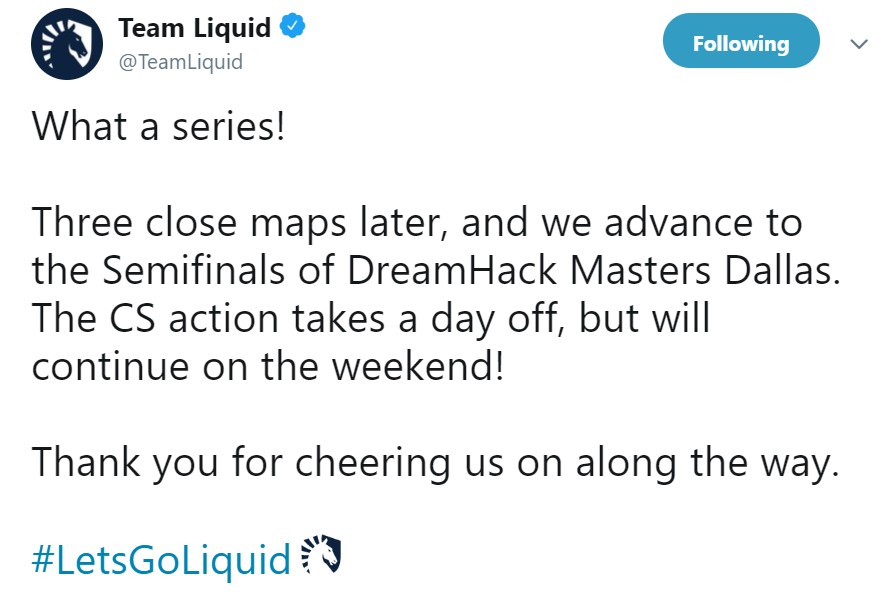 FURIA is not holding back, looking determined to do some serious damage. The Brazilian squad showed resilience against ENCE. After conceding defeat on their map pick, Overpass, FURIA went on to strike back on Train, a map that in recent times has been the ace for the Finns.

The decider on Nuke did not go as planned with ENCE achieving 9 rounds playing as Terrorists and 7 more in the second half to seal the deal.

The lower bracket also witnessed quite the struggle with Renegades failing to secure an entry into the Playoffs. G2 was solid on both Inferno and Train that secured them the series ‘2-1’.

AmaNEk was on fire leading the charge for G2 as shox and kennyS for a change were playing a more supporting kind of a role rather than being the ace for their side. Liazz and AZR struggled more than anticipated with jks being the only one in the team with a positive K-D difference.

This is how the Group Stage came to an end, with the teams settling themselves down for the Playoffs as follows,

With the matches now resulting in a direct elimination, let’s see which teams make their way onto the semifinals. As predicted by me earlier, G2 has performed really well and I continue to put my trust in them. While also thinking that Furia might not be able to go through Vitality who look quite formidable at this point.