The Auto Chess craze has not gone unnoticed at Riot Games, and despite being rivals in the same genre, League of Legends will now feature their own version of Auto Chess, known as Teamfight Tactics. The game mode will be accessible via the League of Legends game itself.

According to the announcement, the folks at Riot Games were quite hooked to Dota Auto Chess and felt that the game mode would make a nice addition to League of Legends. The core gameplay will remain the same with obvious differences such as League Champions instead of Dota heroes being available for play in the game. Class combinations and similar features which include character levelling and scaling which already exist in Auto Chess will be a part of TFT as well. Gold gain and pre-round purchases are also features from Auto Chess that will be implemented in TFT. 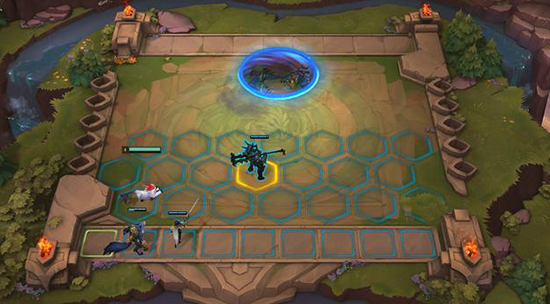 The League team has promised constant patching and updates based on community feedback including the introduction of Ranked gameplay.

Instead of couriers which serve as the main character in Auto Chess, League will have their own version of unique characters known as Little Legends which can be decked up and customized with skins and purchases.

Teamfight Tactics will be launched with patch 9.13 while Ranked gameplay will be introduced in 9.14 after initial bug fixes and balance changes.

With a big rivalry already existing between Dota 2 and League of Legends, it seems as if Valve and Riot will also be competing in this genre with Valve’s Dota Underlords set to go underway and League having already announced TFT. The original Drodo Studios, Auto Chess is still available as a standalone game on the mobile and in the Dota client as well.

How do you think Teamfight Tactics will fare compared to Dota Auto Chess and Dota Underlords?