The playoffs of the Kuala Lumpur Majors, SEA Regionals kicked off earlier today and the only 4 teams remain from a possible 8 after 2 days of play. TNC and Fnatic picked up expected wins in the upper bracket but the story of the day comes from the lower bracket where newly formed Lotac won 3 consecutive bo3’s to put themselves within grabbing distance of a spot to the Major.


TNC and Fnatic set to clash in the upper bracket finals


TNC Predator and Fnatic looked strong in the group stages and took the seeds in their respective groups on day 1. Day 2 saw them continue their good form as both teams picked up easy 2-0’s to move onto the winner bracket finals. New joinee, MP looked stellar for Fnatic as he picked up 31 kills across both the games, playing the Mirana and the Gyrocopter respectively. Admiral stood little chance against the skill and experience of Fnatic and while they have impressed in the Regionals, it was simply too much for them.

Sterling Global Dragons pulled off victories against Mineski and Tigers on day 1 using their Meepo but TNC were more than prepared for them in the upper bracket. In game 1, TNC brought out their infamous last pick Huskar in a comfortable 32-minute win. Gabbi’s performance on the Terrorblade in game 2, helped TNC see out the series as SGD were unprepared to take a 723 gpm TB at the 34-minute mark and crumbled.


Mineski under pressure after an early exit from the Regionals


Mineski may have been the best SEA team of last season, but their new roster look far from being a championship winning side. A bottom place finish in their group saw Mineski start in the lower bracket and they were able to pick up their only series win of the Regionals, going 2-1 against Execration. However, Admiral were far too strong for them as they punished Mushi and co using the same draft and play style across both games. 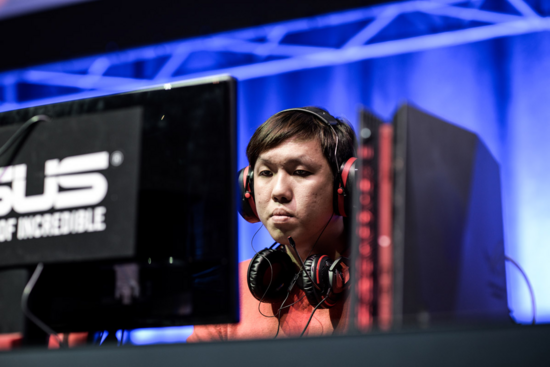 Mineski can still make the Major via the Minor qualifiers and then the Minors, but their form makes it very hard to believe at the moment.

Lotac pick up the pace


Lotac were unable to get anything going on day 1 and finished in bottom place in group B. However, the side came back massively on day 2, getting 3 wins in a row to put themselves in a good place at the Regionals. They started with a 2-1 win over 1437’s Tigers, and then came back from a game down to take the series against SGD. Raven then went on to carry his side against Admiral in the lower bracket semifinals. This puts Lotac one win shy of the spot at the Major and they will face the loser of TNC vs Fnatic, so it’s certainly not going to be an easy task for them.

TNC and Fnatic face off for a guaranteed spot in the Major while Lotac lie in wait in the lower brackets. 2 teams will move at the end of Day 3. Who will it be?