Kips at ESL One Mumbai: "You’re on the road a lot, you miss your family a lot, you have to eat food that you don’t like, you’re always jet-lagged, you get sick"

Becoming the coach of a Major Dota 2 team is no mean feat, especially when you don't have any prior experience as a pro player. So Murielle "Kips" Huisman's transformation from being an analyst to becoming a coach is quite the achievement.

We had the opportunity to sit down with her, at ESL One Mumbai to discuss CoL's chances at the upcoming Major, her time in TNC and Vega Squadron as well as life as a Dota 2 coach.

Gfreak: Hi Kips, thank you for taking the time to talk to us. Welcome to Mumbai, how has your experience in India been so far?

Kips: Thank you. I haven’t been out very much. But the food has been great, the hotel has been great and ESL has been taking great care of us so I am very happy to be here.

Gfreak: So you started your career as an analyst by sending Fnatic a 30-page document on Alliance, is that something you’d recommend for aspiring analysts?

Kips: I think that if nothing else, it is really good practice and if you want to impress teams and if you can show that you can see from the outside, what they’re doing on the inside, then that’s always going to impress people.

Gfreak: It’s easy to see a player improving and measure his impact on matches, it’s quite hard to see a coach’s impact on a team. What do you think is your biggest achievement so far?

Kips: Last year, honestly, getting Vega Squadron to qualify for 4 tournaments when they had a stretch of a couple of years with no big achievements at all, I am still very proud of that.

It was very hard, even though people kinda forget that we did that because we didn’t have any good results in the tournament itself, I think that the fact that Cema and Blizzy, for example, are playing at this tournament right now is a good indication that the team had something really good going for it and I am very happy to have pushed them to that limit.

Gfreak: You came into the scene as an analyst, now you’re a coach, how exactly have your responsibilities changed?

Kips: It’s funny to use the word ‘responsiblity’ because that is one of the biggest parts about it, I think. As an analyst, you have the responsibility to hand in the right information upwards so that they can do something with it and they decide what they do with you information. So you gotta make sure that if you want any direction to it, you already give it.

On the other hand, what I do now is more like handing instructions down, so I tell them what to do. They go find out: How do we do that? What is the best way to go about it? Is the a good idea? I also want to know if it’s not a good idea because everyone makes mistakes. 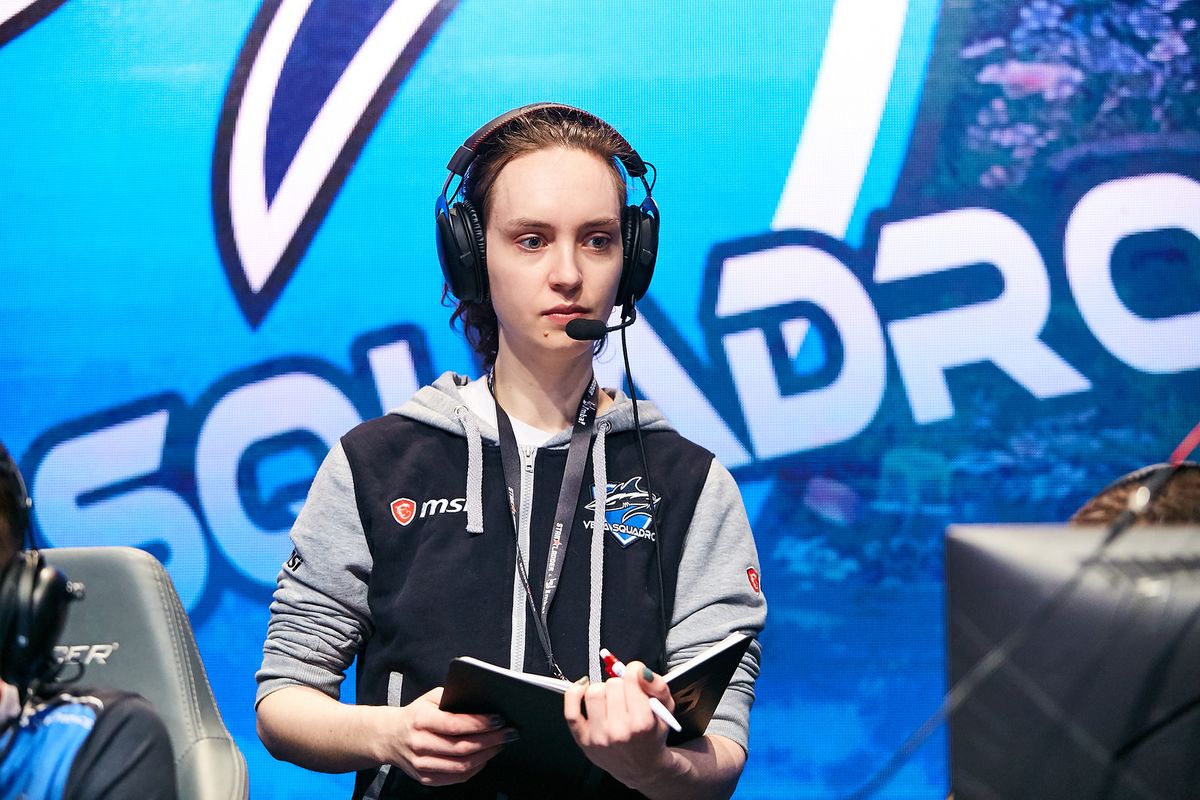 Gfreak: The NA region has traditionally been relatively strong, but over this season it is really only EG who’ve really delivered in Majors. Why aren’t the rest of the NA teams doing as well as EG?

Kips: I think EG has something that a lot of other teams don’t have which is long-term stability next to one manager who has been keeping everyone on track all this time. If you look at the top teams that have been stable all this time, you always see that the same managers crop up. That for me is a pattern that I just can't ignore. If you want to build a good team, you have to start all the way at the base and you need to have someone to build on. I think that’s one of the reasons that EG has been doing better than anyone else in the region.

Gfreak: Your most successful stints as a coach have come with TNC, way back before, as well as, the Kuala Lumpur Major. What clicked with them?

Kips: I think with TNC it was this incredibly talented group of young guys who were very strong together. They had all this character, they had all this force, but they didn’t quite know where to point it at. So most of what I had to do was point all this power in one direction. Most of the team-building had already been done by Paulo (Jim “Paulo” Sy), who was a great manager and again this pattern continues.

I think for me it was also, in a lot of ways, the easiest and a good place to start as a coach because I didn’t have to do all of the long-term building things. I could just directly go to “Hey, this is the Gameplan. Let's go.” 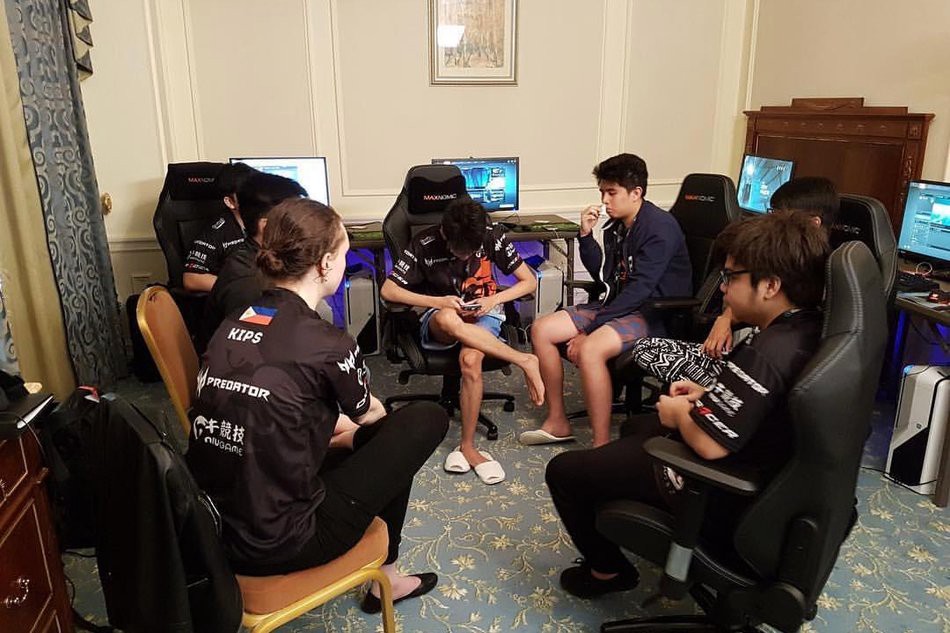 Gfreak: When you walked into the Complexity Bootcamp, what were your first impressions of it? What changes have you implemented after you joined it?

Kips: I think, one of the biggest things I saw with Complexity was that it was much more organised and professional in like that American way. If I compare it to the team houses in... For example, I was in Vega for a year in Russia, that’s much messier and the boss always comes into the training room and I had to tell him “Back off please, the guys don’t need your pressure”.

Here everything is much better organized. The thing is, I didn’t exactly notice many changes between when I came in and a couple of weeks later. But I’ve been told that everything has been much more disciplined and much more serious ever since I came in. Of course, I didn’t know what it looked like beforehand but that’s what people told me so I was very happy to hear that.

Gfreak: What do you think your chances are at the Disneyland Major?

Kips: So the Major’s tough because we all believe that we have underperformed massively at this tournament. Coming in, we felt that we had a good shot at placing high here and nothing of that has come to pass and it’s very disappointing to us in a way.

But also, we’d rather have the bad luck here than getting it in Paris, so we’re hoping that we got that thing out of the way. We’re gonna go brush up on some things like the smokes and the bounty runes once we are at our bootcamp and hopefully roll into the major fresh and ready for another round.

Gfreak: The esports life looks glamorous from the outside perspective, but the reality of it is quite different. Could you tell us what an average day looks like for the players and for the coach?

Kips: Glamorous? Honestly, we sit in a hotel room between 8 to 12 hours a day and we go out to the same place to eat every day, people always ask “How do you find the city?” and I am like “The Hotel room is nice” because that’s what we see.

People are like “Oh you fly all over the world.” Yes, but we got stuck in Dubai, it took us 30 Hours to get here or more. You’re on the road a lot, you miss your family a lot, you have to eat food that you don’t like, you're always jet-lagged, you get sick, but at the same time you get to do what you love at the highest level in the planet and that really balances things out.

So glamorous? No. Worth it? Yeah.

Gfreak: You’ve been working on this team for two months, what are your impressions on the team and how much further do you think you can take them?

Kips: I believe that this team can scale great heights. If we really do everything well and the puzzle pieces fall in place, I can see us not just reaching TI but ending top half there. But that would be like extremely high-performance right? We have this good mix of experience and people like Limmp and Zfreek combined with someone like Meracle, who has the experience but really needs to get back into things.

What I think combines all of them is that they all have this drive, they’ve struggled and they haven’t let that dim their passion for the game at all. So that is what I really enjoy about this team and that’s why I think they can go really far. 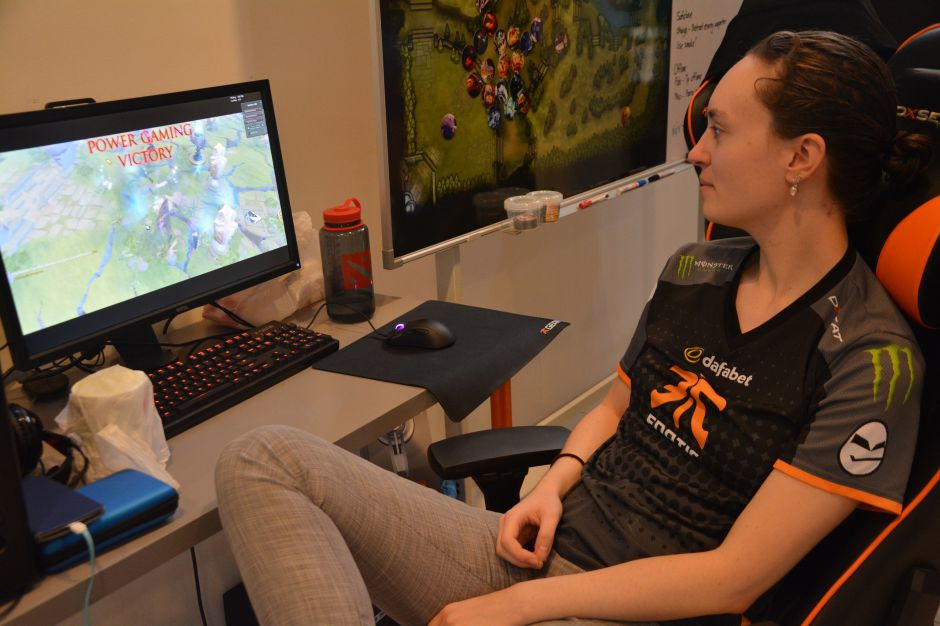 Gfreak: You’ve worked with Fnatic, TNC, Vega and now CoL. How does your coaching style change when you work with players from different backgrounds?

Kips: That’s a question that would need a really detailed answer because every player is different. Especially when there are big cultural differences… For example, in SEA or in Russia there is not much use for me to go in-depth, personally with the players. So it always happened at a team level, I need to play the players off of each other in order to get the effect I want.

Here in Complexity, I can really just take one person aside and just take an hour, ask them “Hey, what are you working on for yourself? How can you do that better? What’s your mentality? How do you feel when we would start to do this?” You can really communicate with people individually, instead of just working with the team as a whole. I enjoy that very much.

The real big difference is in the language. If I am working with a SEA team… For example, with TNC who talk Tagalog in-game or with a Russian team who all speak Russian in-game, all I can do is listen and then ask are they saying ‘This’. My translator can’t translate everything, it would take hours. So I have to make a picture of what I want them to be talking about, I ask whether they’re doing that or whether they’re not doing that and then we talk about it afterwards.

Here I can just see if they’re actually doing the right thing correctly and if someone is doing something wrong, I can just tap them on the shoulder and say “Hey, do this next time”. Whereas with a Russian, I’d have to say “Hey, can we talk? One on One? Does the translator have time?” So this much more subtle.

Gfreak: Thank you for the Interview. Do you have any shoutouts?

Kips: Thank you as well. A really big shoutout to Complexity, especially Adam for bringing me in. I’ve really missed working with him and it’s been great to be doing that together again.