Regulation in the esports industry has been a difficult topic to discuss with many arguing against the idea of a central body to oversee procedures. However, as esports continues to grow, the need for legitimacy is becoming apparent. From match-fixing scandals to doping and hacking a variety of issues have plagued the esports scene and it’s become apparent that the system is flawed in more ways than one and a structure is required. And tackling these problems head-on is Ian Smith, the Commissioner for the Esports Integrity Coalition. We talk about the need for regulation and the prevalent problems in the esports industry that the ESIC is looking to address …

1. Hi Ian. Please introduce yourself to our readers and tell us a bit about what it is that you exactly do.

I am the Integrity Commissioner for esports (see bio at the bottom of our homepage here ( www.esportsintegrity.com ) I am responsible for the organization (ESIC) that is the voluntary industry regulator for esports dealing with threats to the integrity of esports. I have wide powers to deal with participants in tournaments organised by ESIC members to ensure they don’t cheat, match-fix or otherwise breach the integrity if the competition.

2. What were the primary problems that ESIC was formed to tackle and what according to you are areas that esports is struggling in with and we need to address?

We were formed to address the integrity challenges identified by the threat assessment we carried out in 2015 (https://www.esportsintegrity.com/esports-threat-assessment/ ). Primarily we exist to deal with betting fraud related match-fixing (this is the only mandatory element of ESIC membership for all our esports orgs). We also deal with anti-doping and cheating, but only for those members that want us too. My assessment is that the esports industry is still struggling with the relationship between esports and betting on esports. It’s a very awkward relationship – on the one hand, betting drives revenue, engagement and audience, but, on the other, it brings issues around integrity, potential underage harm and negative connotations in some communities. The fact the industry has to address is that betting will occur whether they like it or not – there’s very little they can do to stop it. Ignoring it is just not an option, but there are still a significant number of esports organisations that continue to try that approach and they are making their competitions very vulnerable.

3.  What's the hardest part about being the Commissioner for the ESIC?

Persuading esports tournament organisers and publishers that there’s a problem they need to address. As betting increases and more and more money comes into the esports gambling market, the more potential problems will arise. A lot of esports orgs are standing back hoping those problems arise for someone else and not them. There’s a train coming up the tracks at speed – ESIC is the whistle warning them, but a good number are still refusing to hear it.

4. Where do you see esports in 5 years from now and what role do you hope the ESIC will play?

Esports is growing exponentially and I see no reason to think that is going to slow down or stop any time soon – it’s the entertainment of choice for a generation, so the only question is which games, which technologies, which platforms are going to succeed in riding the wave and which are going to fail. My ambition for ESIC is that we become the integrity regulator for the whole industry so that, whatever game you play on whatever platform or in whichever tournament or league, you’ll know what rules apply (The ESIC Anti-Corruption Code) and what the consequences of breaching them are. We are game and org neutral and what we do applies to every tier of the esports ecosystem, so it’s logical that the industry gels around the solution we offer to integrity threats to the industry.

5. Who are the TO's that ESIC and what has been their take on the matter?

Our esports members are listed on our home page www.esportsintegrity.com – you’d have to ask them what their take on us is, but, hopefully, they’d say we provide a good service to them at a reasonable cost from a position of knowing and understanding esports in a way that’s sympathetic to what they’re trying to achieve. 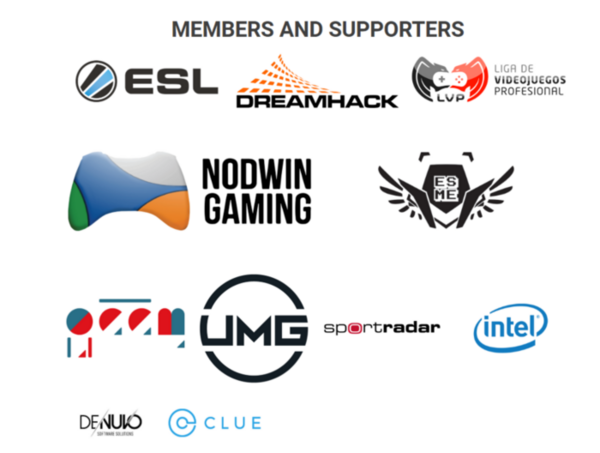 6. Do you think doping in esports is a matter of real concern and as the commissioner of the ESIC do you ever hear about these problems and if so how regularly?

No – see my video on anti-doping in esports here:

7. How hard is it to hand out bans and penalties to offenders who are mostly young and naive and does that take a toll on you personally?

I’m always very sad to find a young player guilty of cheating or match-fixing. How they react to the charge makes a huge difference to how sympathetic I feel for them – if they were fooled or bribed into it or were just stupid, I end up feeling very sorry for them – there really needs to be a lot more education in this area and we are doing our best with our education programme and online tutorial, but the teams and orgs really need to take a lot more responsibility in teaching their players how to deal with life as a professional esports player.

7. Are you a fan of esports personally and if so are there any games that you play?

I play a lot of console games – mostly racing and open world rpgs – but I have played most esports titles other than the MOBA’s which I just don’t have time for. I have a huge soft spot for Rainbow 6. I love the game and really enjoy playing and watching it. I’m terrible at FPS games, but love giving them a go! My favourite game of all time is The Last of Us, but I never tire of Gran Turismo and there are a bunch of games with a special place in my heart: Borderlands, Bioshock, Dead Space and the new Tomb Raider series.

Once again thank you for your time and we wish you the very best!