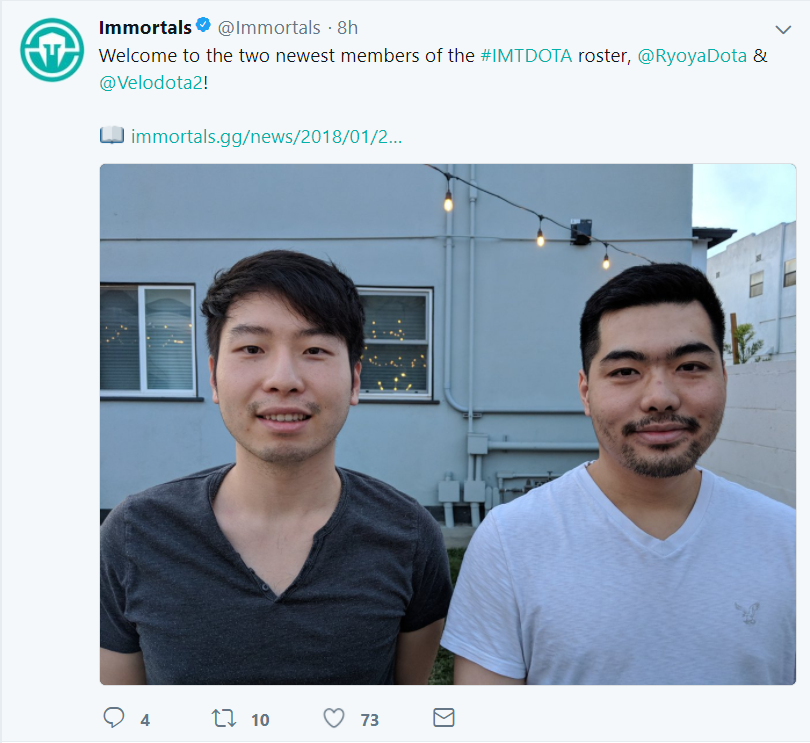 This will be Velo’s 2nd stint with Febby, DuBu, and MP after playing with them in the Boston Major 2016. Ryoya left Team VGJ Storm on his own accord to join the Immortals roster.

Team Immortals have had constant roster shuffles ever since QO announced an indefinite break from competitive Dota 2 which lead to Forev's departure from the NA based team.

“Ryoya and Velo are both younger talents eager to prove themselves on a bigger stage,” said Dota 2 Team Manager Joshua Arkin in a statement on their website “I’m excited to watch our team grow stronger together as we head into the final roster lock period before The International.”

Hence Immortals active roster is now:
For this season, Immortals will be looking to secure those important Minor/Major qualifier spots. But this team, on paper, doesn’t look like it is capable of challenging the top teams in the NA Qualifiers to achieve that. With the recent emergence of strong teams like Animal Planet, Optic Gaming, VGJ Storm and Complexity it is going to take a mammoth effort from Immortals to qualify for a Valve event.

Do you think this Immortals roster got what it takes? Let us know by commenting below or tweeting at us @afkgaming
About UsContact UsServicesRSS
DisclaimerAdvertise With UsArchiveEditorial Team