6th, Aug, 2018
Intel Extreme Master Shanghai – 2018
The final day of the tournament witnessed the finale take place between NRG and TyLoo. The favourites to win were, of course, the home favourites 'TyLoo’ but little did they know how determined NRG were to cause a massive upset.
Day-6 started off with the clash between the two finalists taking on each other in a BO-3 series. 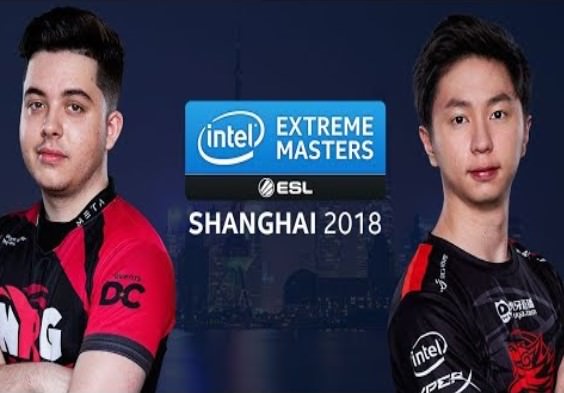 The first match of the series was played on Overpass, NRG’s pick. TyLoo won the pistol round playing CT-side, wrapping up two more rounds to take a small lead. NRG fought back to equalize the score by taking the next three rounds after which the coming four were split equally between the two sides bringing the score to an even ‘5-5’.

The rounds leading up to halftime went back-and-forth with TyLoo edging past NRG to take the lead ‘8-7’. The second pistol round was won by the Americans and after exchanging a few rounds evenly they went on a 7 round streak to close down the first match with a score of ’16-9’ and lead the BO-3 series ‘1-0’.

Leading the series ‘1-0’, NRG felt more confident in the execution of their plays demolishing TyLoo on Cache in the second match of the series.

NRG opened strong playing CT-side by winning two consecutive rounds but were stopped short by TyLoo in the third. NRG reset in the fourth and took the first half by storm as TyLoo helplessly attempted several ways to break their streak.
With a deficit of ’13-2’, the Chinese side looked tensed going into the second half. Opting for a defensive playstyle, TyLoo looked well in control of the pistol round but NRG managed to turn the tide in their favour. NRG won the next two rounds as well and secured the second game of the series ’16-2’ taking the BO-3 series, ‘2-0’ with a dominant performance on Cache.

The last day of the tournament witnessed the finale between NRG and TyLoo, although the BO-3 series didn’t live up to the hype, everyone witnessed a really closely fought 18 rounds on Overpass which was all the entertainment that came today.

Post the 18 rounds it was NRG all the way and they did it in a dominating manner, destroying TyLoo on their home map, ‘Cache’ in Shanghai.
With this, the six days of excitement and entertainment comes to an end with NRG reigning as the IEM Shanghai 2018 champions, winning a cash prize of ‘125,000 USD and lifting the cup as well.