How to win the Dark Moon Dota 2 Update

So the year of the rooster is upon us, and Valve have released a new event to celebrate the Chinese new Year. The event simply known as ‘Dark Moon’ is basically a custom game which very similar to the ‘Wraith Night’ event that took away our one true king (RIP Skeleton King). It also gives you redeemable points every time you get past 5 hordes of creeps.

The game mode is understandably hard and very few people have been able to prevent the Dark moon by taking down the final boss. I have made it to the Invoker stage once in over 15 attempts. So here I am to brag about it, while giving you a strategy to beat the hordes and get some treasure chests.

Rush your Battlefury. Your farm will get delayed if you make any stopover purchases like Maelstorm or Veil. While the early game might get slightly easier when those items are purchased, Your late game get infinitely harder.

Purchase Vanguard as soon as possible and go for a 1-1-4-1 Skill build at level 7. Max stifling dagger next before maxing Blink Strike. Your job is to be as tanky as possible to allow your team to dole out the damage.

This hero is the key for the early game. If this hero fails to do his job then your entire game is in jeopardy. So make sure you make your most talented and experienced player of your stack play him. Wyvern is the hero who purchases arcane boots first to make sure that the team has enough mana to use their spells. The reason why Wyvern purchases forcestaff is to break Linkens Sphere on higher level demihero spawns so that his teammates can stack their Bloodthorns on him. Wyvern can also do a decent amounts of damage with the right items.

Your other primary early game damage dealer as well as secondary tank, needs to build aura items to help Glass cannons like Sniper and Ember to continue to deal significant amounts of damage. His firestorm at the early levels provides very necessary waveclear atleast until wave 5. He is the aura carrier and should be the one to resurrect fallen heroes while Wyvern distracts the enemy hordes. 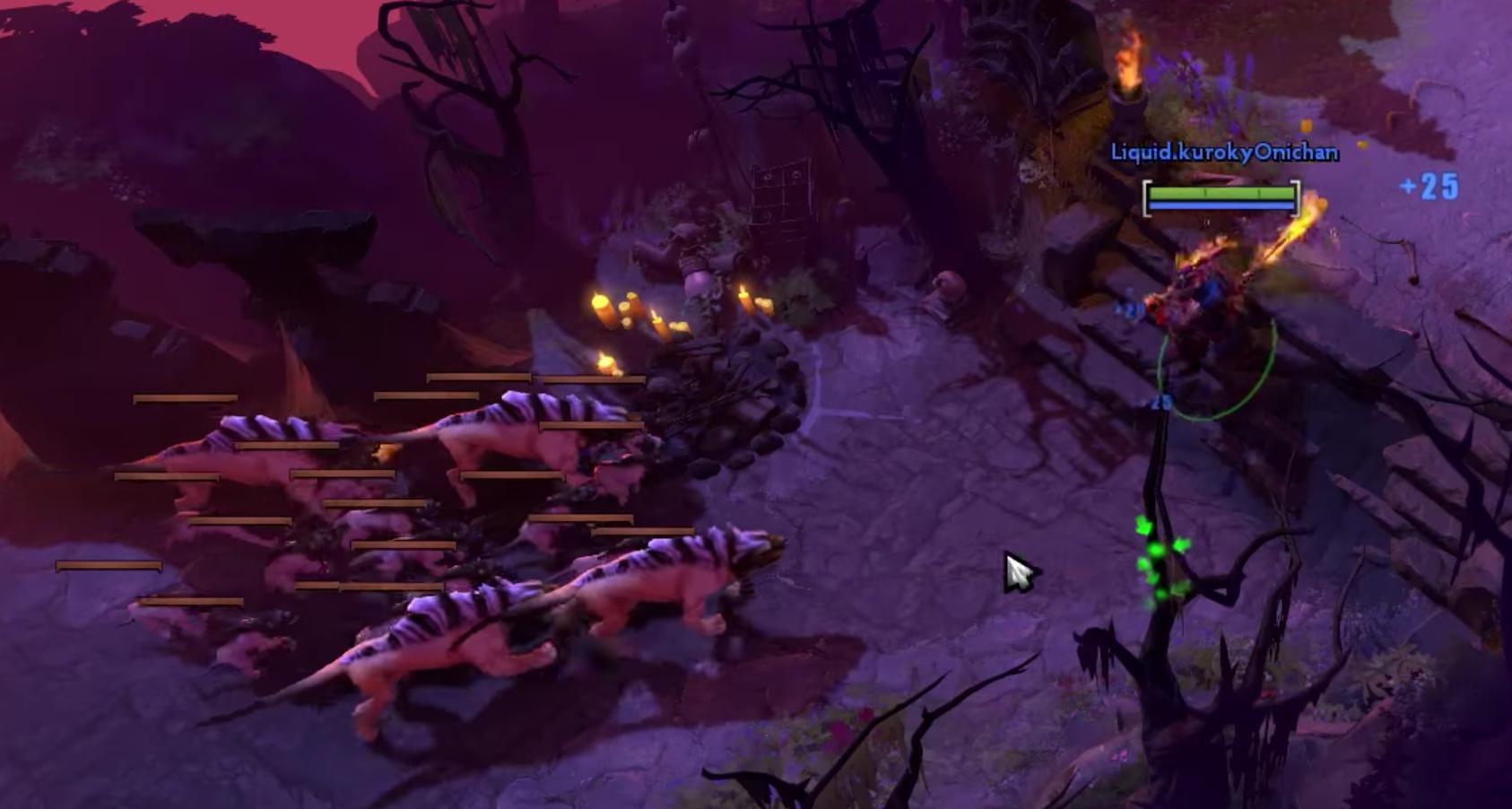 This level is pretty easy to clear with Wyvern’s Splinter Blast and Ember Spirit's Flame Guard with a few clarities. I’d recommend that Ember use flame guard on PA rather than on himself.

This might be a little tricky but Dazzle is quite easy to deal with if you just move back when they start the Shadow Wave animation. 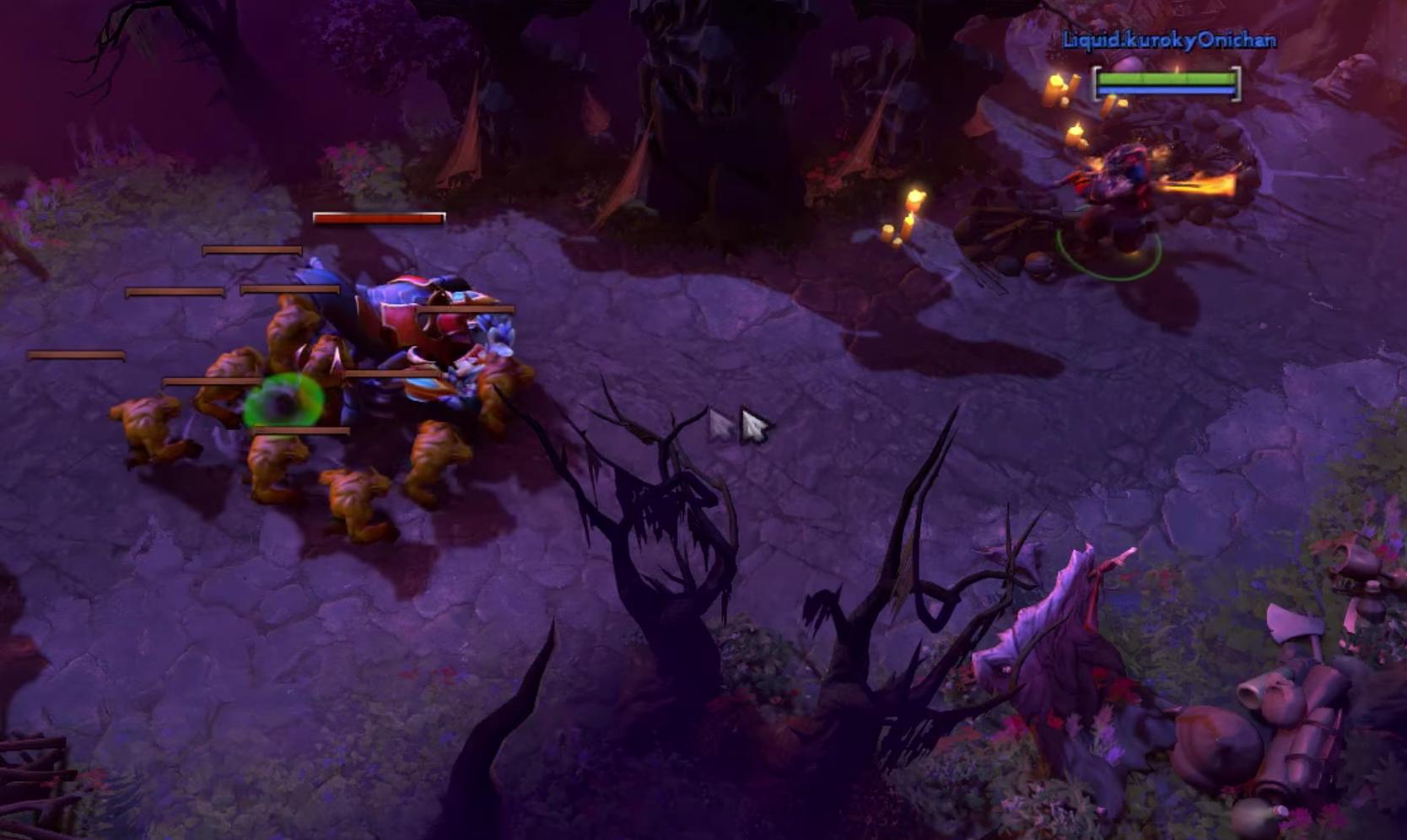 Do not clump up. I repeat, do not clump up. Nyx Assassins tend to chain their stuns, so if you guys clump up and get chainstunned, your chances getting past this wave become extremely low. 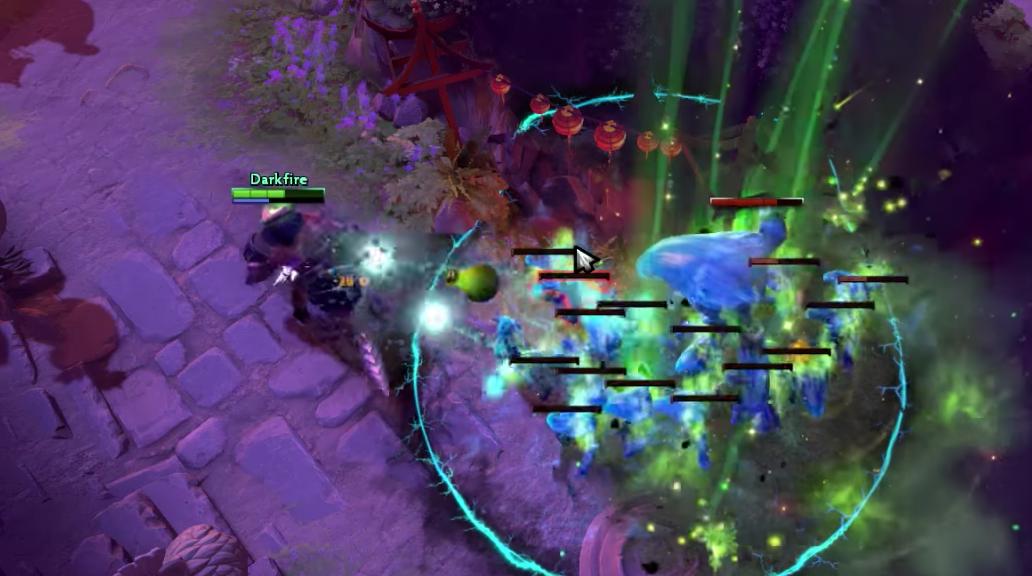 By this time your Phantom Assassin should have enough levels on blur to be able to tank the physical damage that the Morphling horde dishes out. The rest of your heroes will most likely have maxed their wave clearing skills. So while PA tanks just kill the waves while using cold embrace PA as and when it is off cooldown and you’ll get through this. 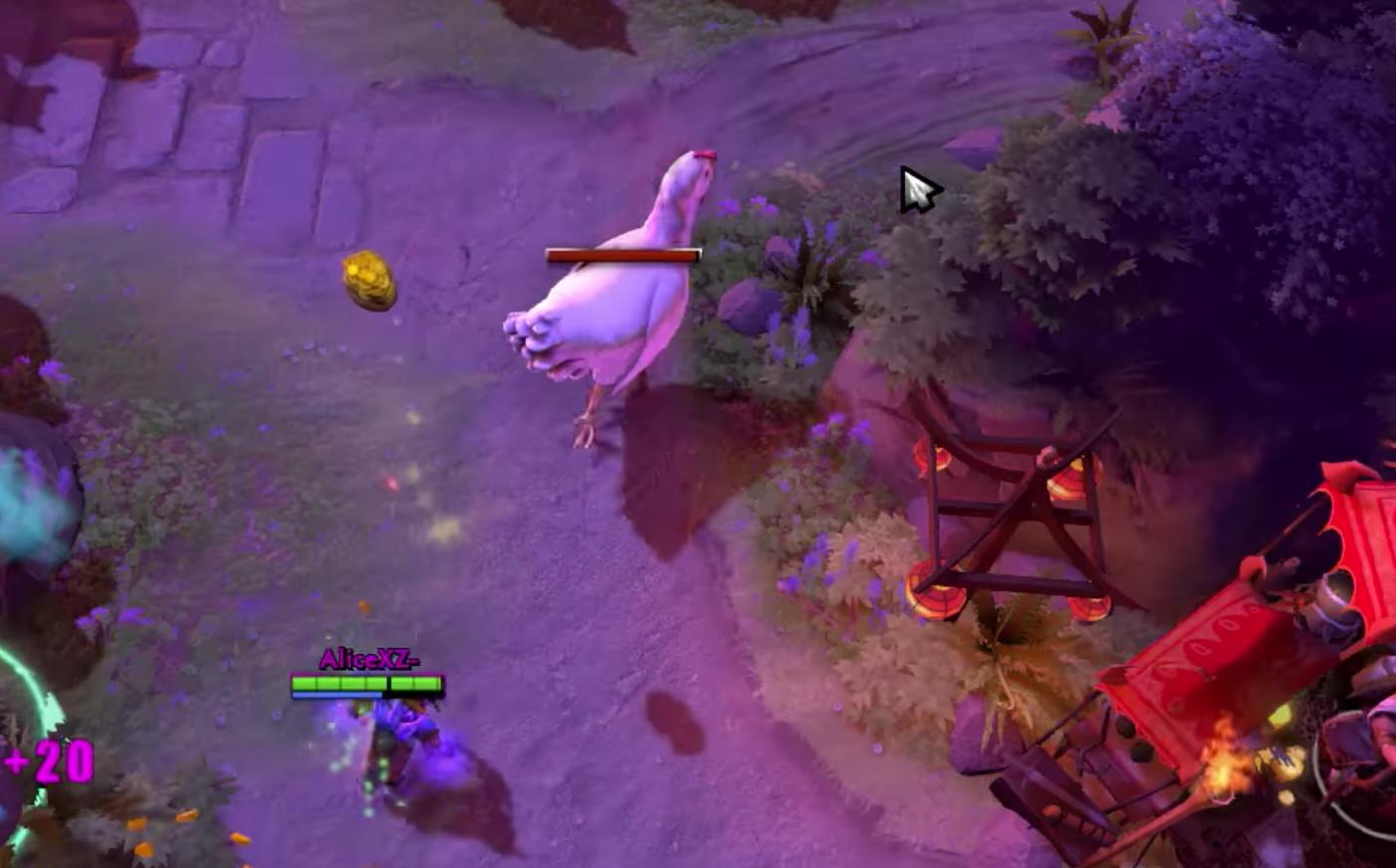 This is your money making round. The chicken doesn’t attack and drops gold when damaged. This is where your Ember and Abysall Underlord picks really pay off as Searing chains and the Pit of Malice can stop the chicken in its tracks. Gold drops when the chicken is damaged hence Damage Over Time spells are the name of the game in this level.

After this round you’ll most likely be able to afford a major item each for your heroes. 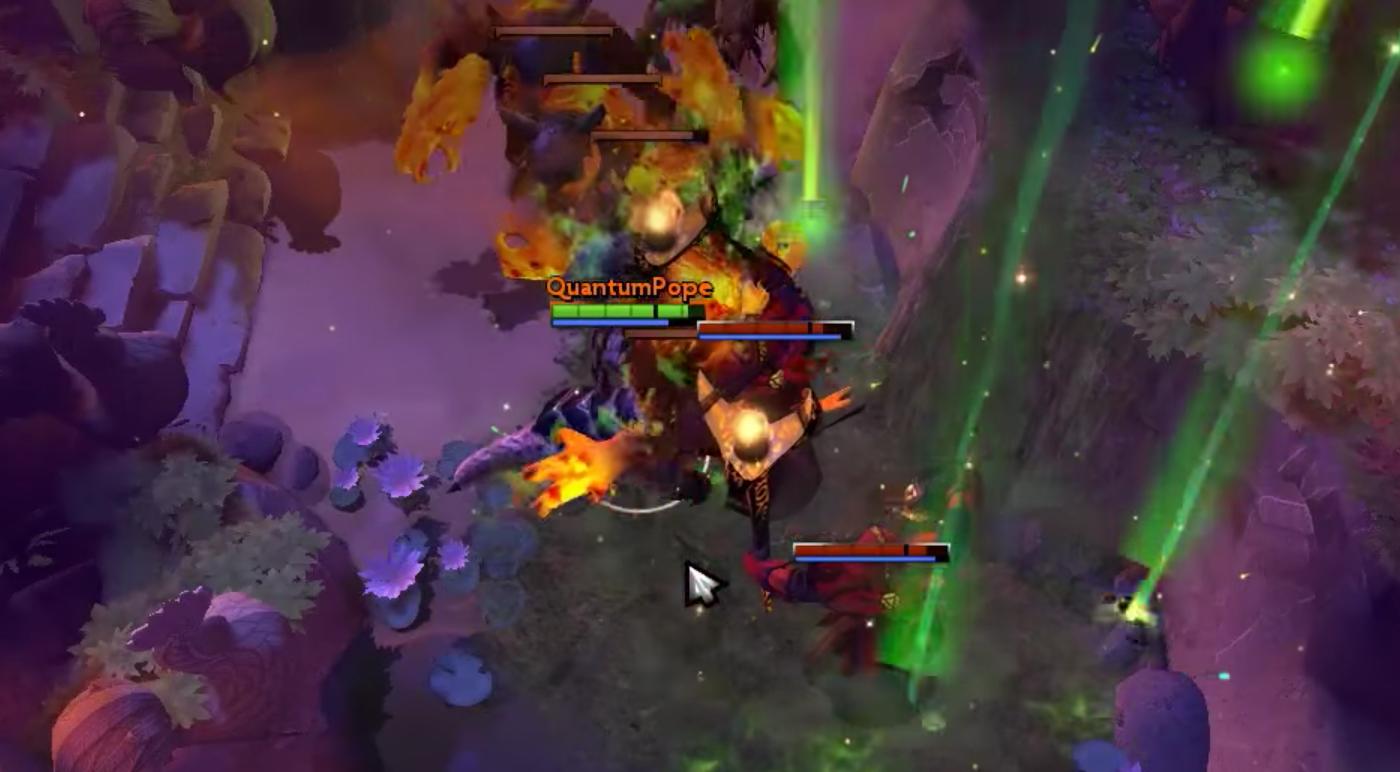 This will be your first difficult wave and it's also where your Battlefuries and Mjollnirs kick in. Kill the Warlocks first. The golems are weakened when the Warlocks are killed and hence are easier to kill and can be dealt with. 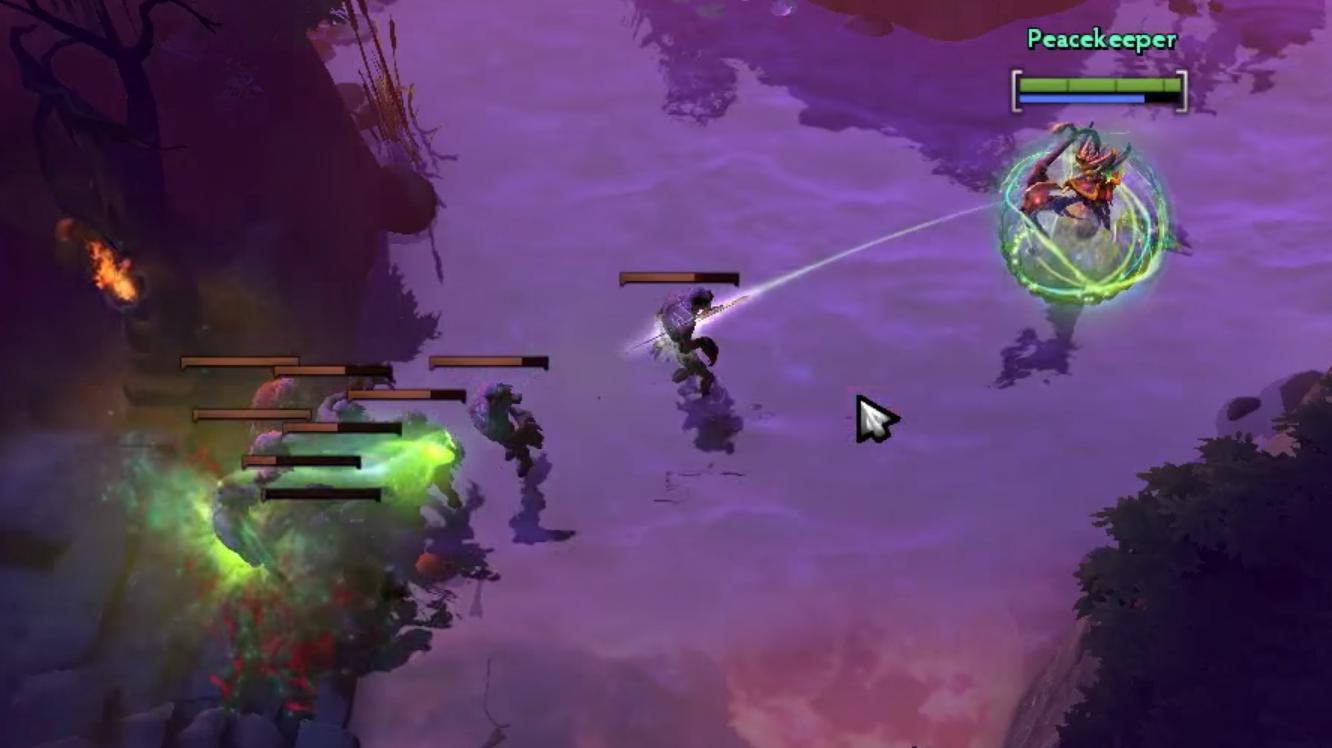 Okay, if you are playing Ember Spirit time your bathroom break to happen during the zombie stage. You’ll be able to go to the bathroom and back by the time you finish the sleight of fist! On a more serious note, this is one of the easier hordes to deal with. By this point your team does enough damage so that the Lifestealers and zombies pose little threat to you. 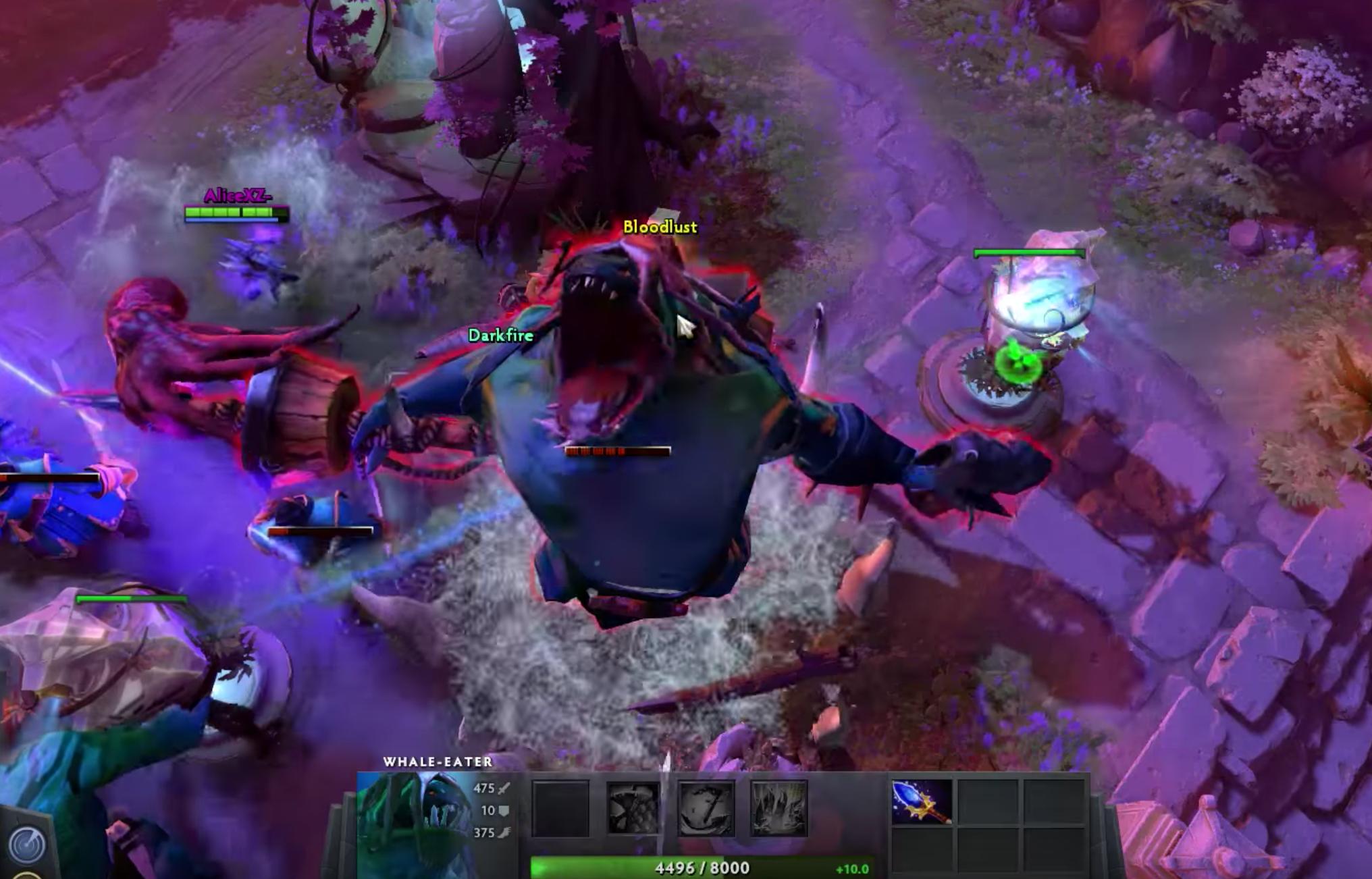 This is a hard wave. You’ll probably have to spend a few buybacks to get past this wave and your Sniper has to come up big at this time. He has to focus the 3 big Tidehunters and bring them down or you risk getting chain ravaged by them and dying. 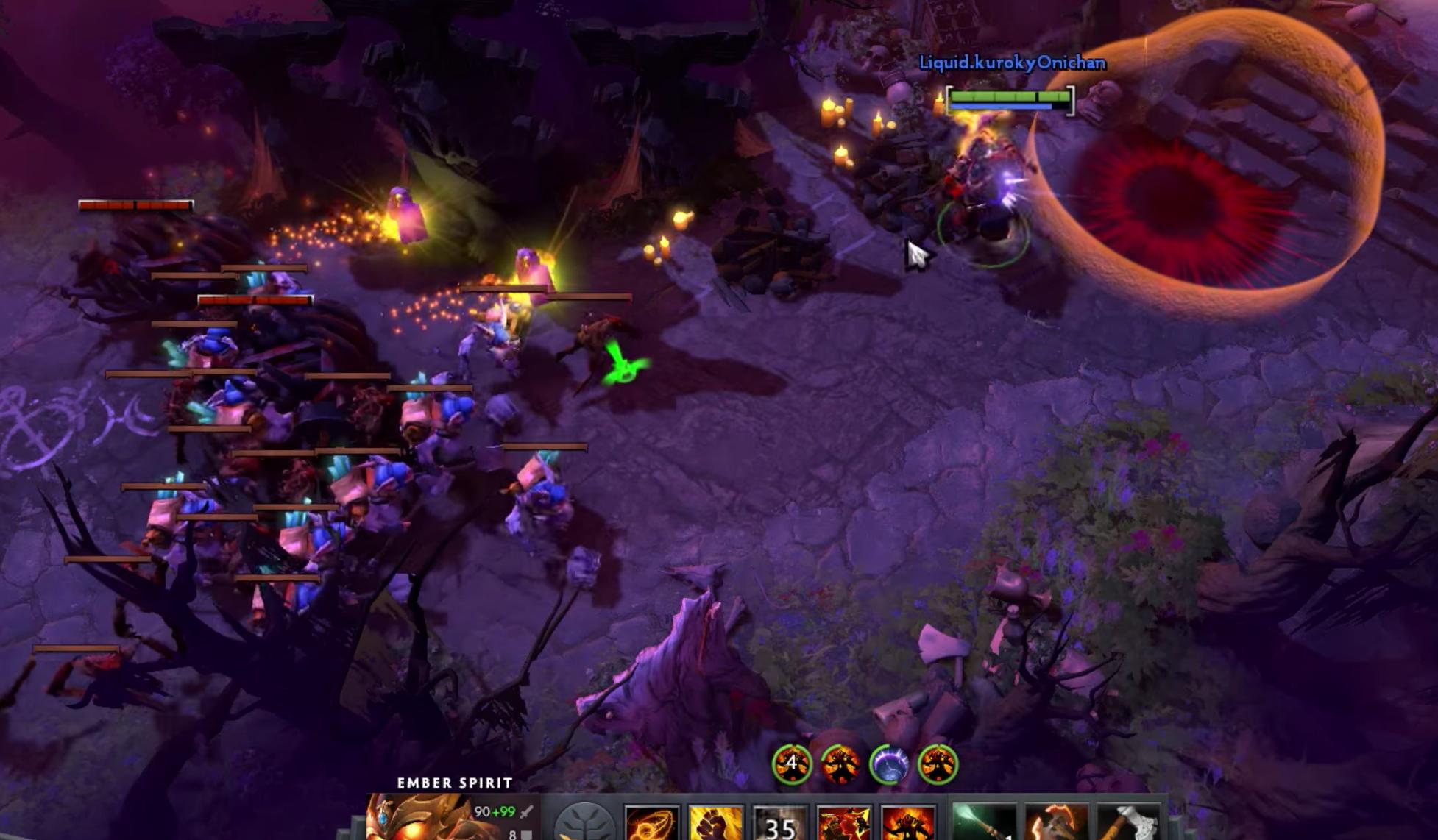 This wave will literally break your FPS counter if you don’t kill off the Catapults first. They can net as wells as fire AoE ministuns. Always focus the catapult, otherwise you’d get swarmed with Meepos. Your ember will have a field day in this round, I got off my searing chains 3 times during over the course of a single sleight of fist! 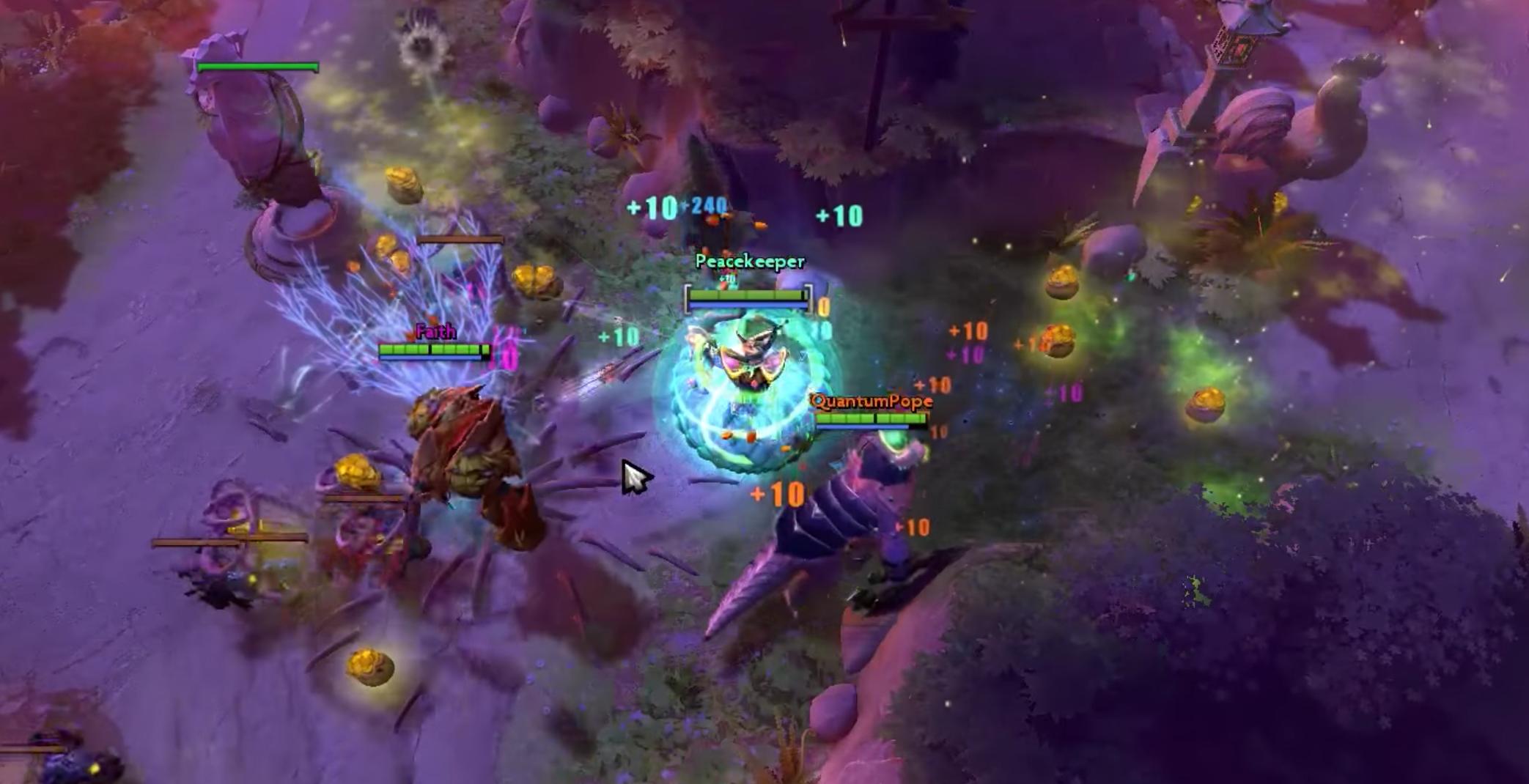 This one is your second money making round. Position yourselves at key chokepoints and make sure that you are swimming in money by the end of it! 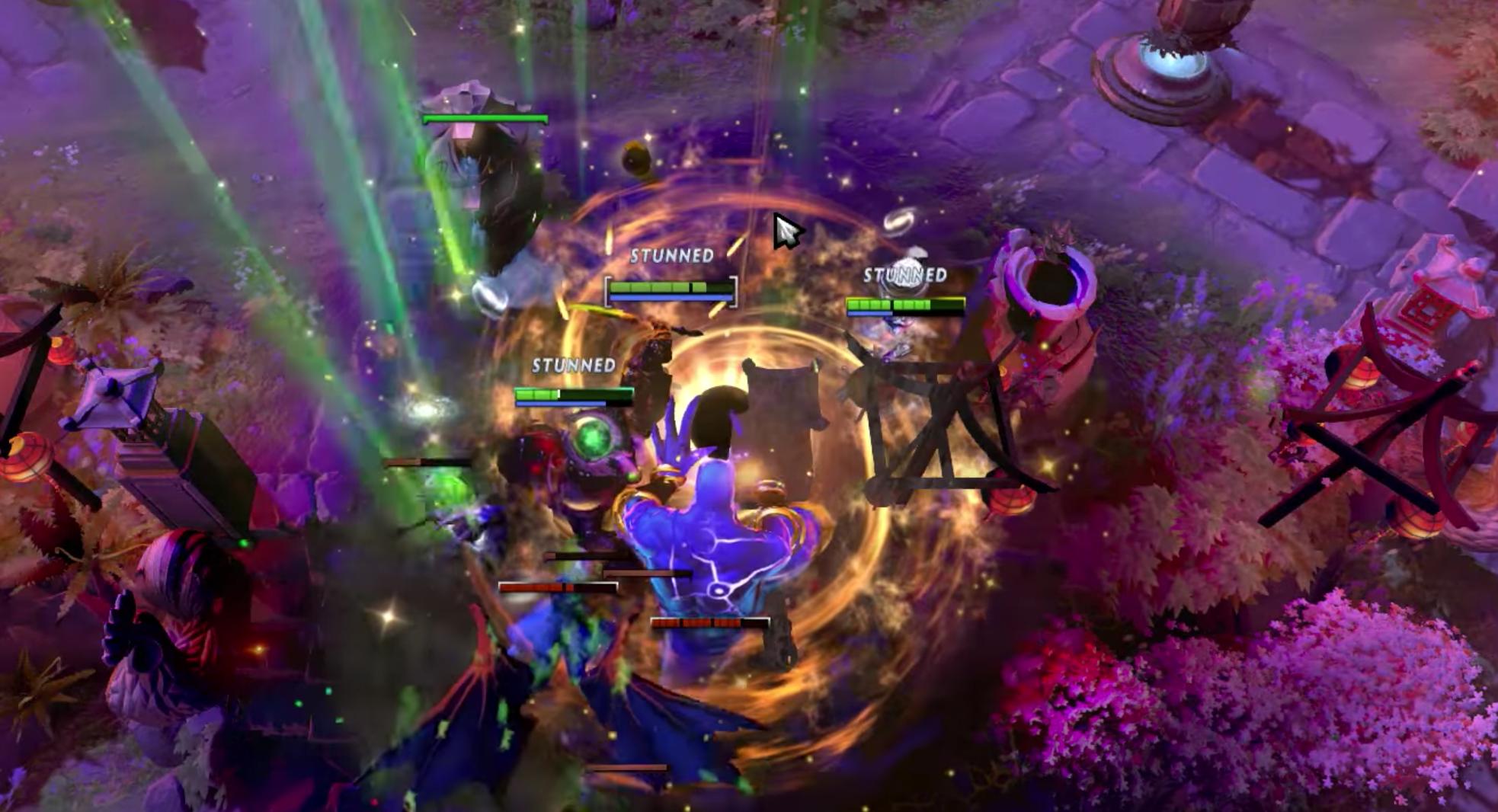 Enigmas will blackhole whenever they can catch 2 players, so as long as you split up this round will be quite easy. 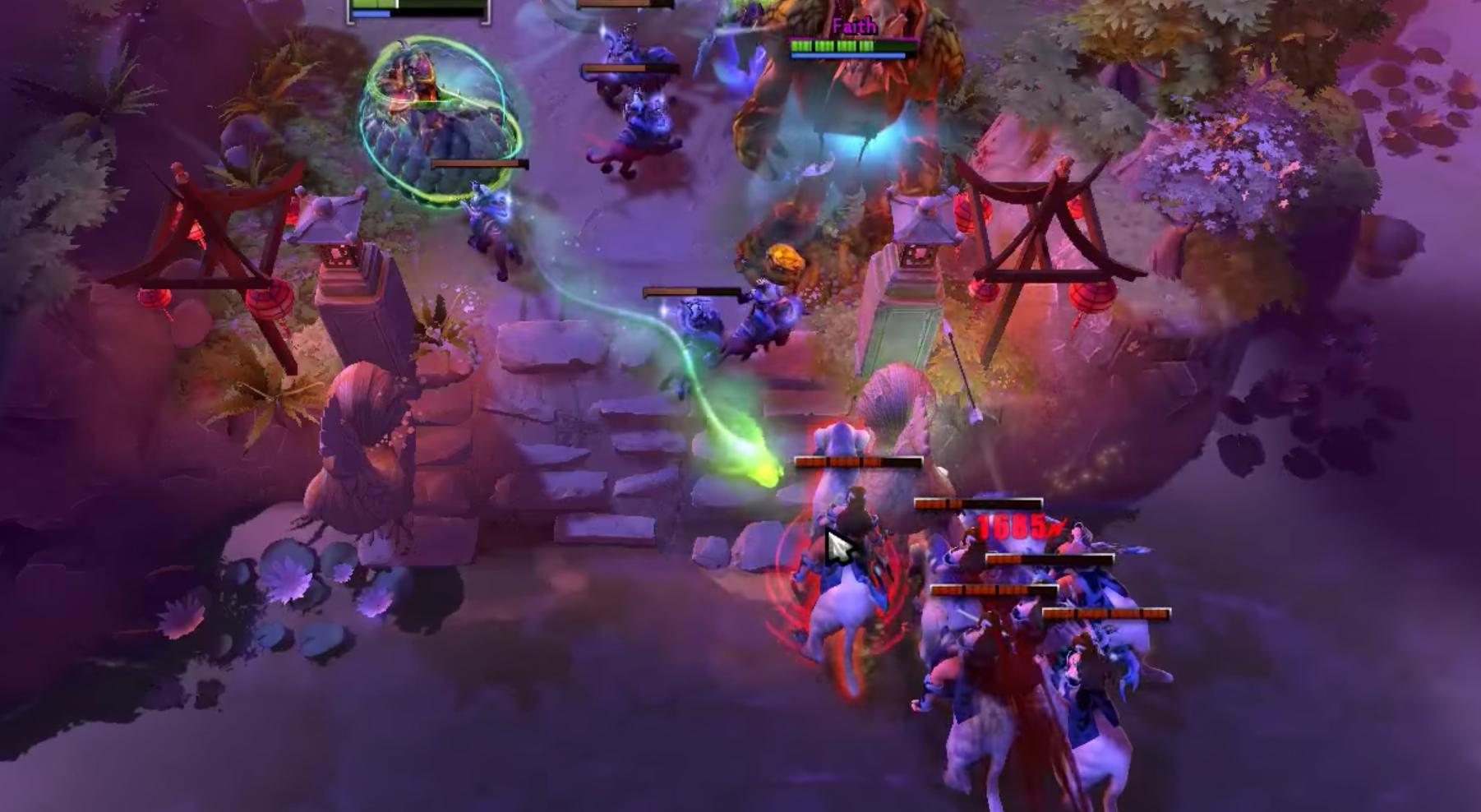 DODGE ARROWS, time to call in your Mirana wars muscle memory. There will be a lot of arrows and as long as you dodge quite a few of them, the Miranas are quite easy to deal with. 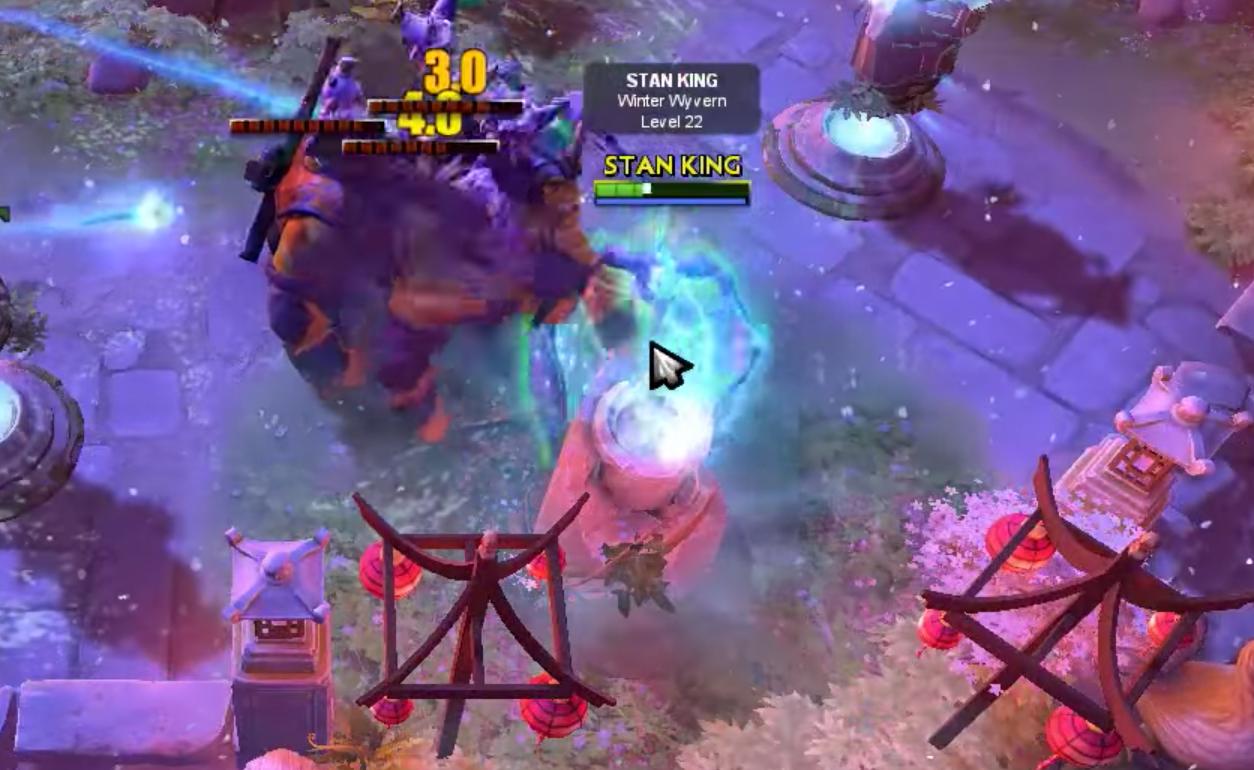 It got me quite a few tries to get past these guys. But after a few attempts, I noticed that they target their stuns at a specific player and only that target needs to run. Getting them to self stun is quite helpful, but beware the stun radius is quite huge and they do quite a lot of damage.You have to isolate them one by one to kill them off. Your PA needs to tank hard during this stage with the help of the Wyvern’s cold embrace. Whilst the Sniper and Ember dole out the damage on the Bloodthorned Alchemists. 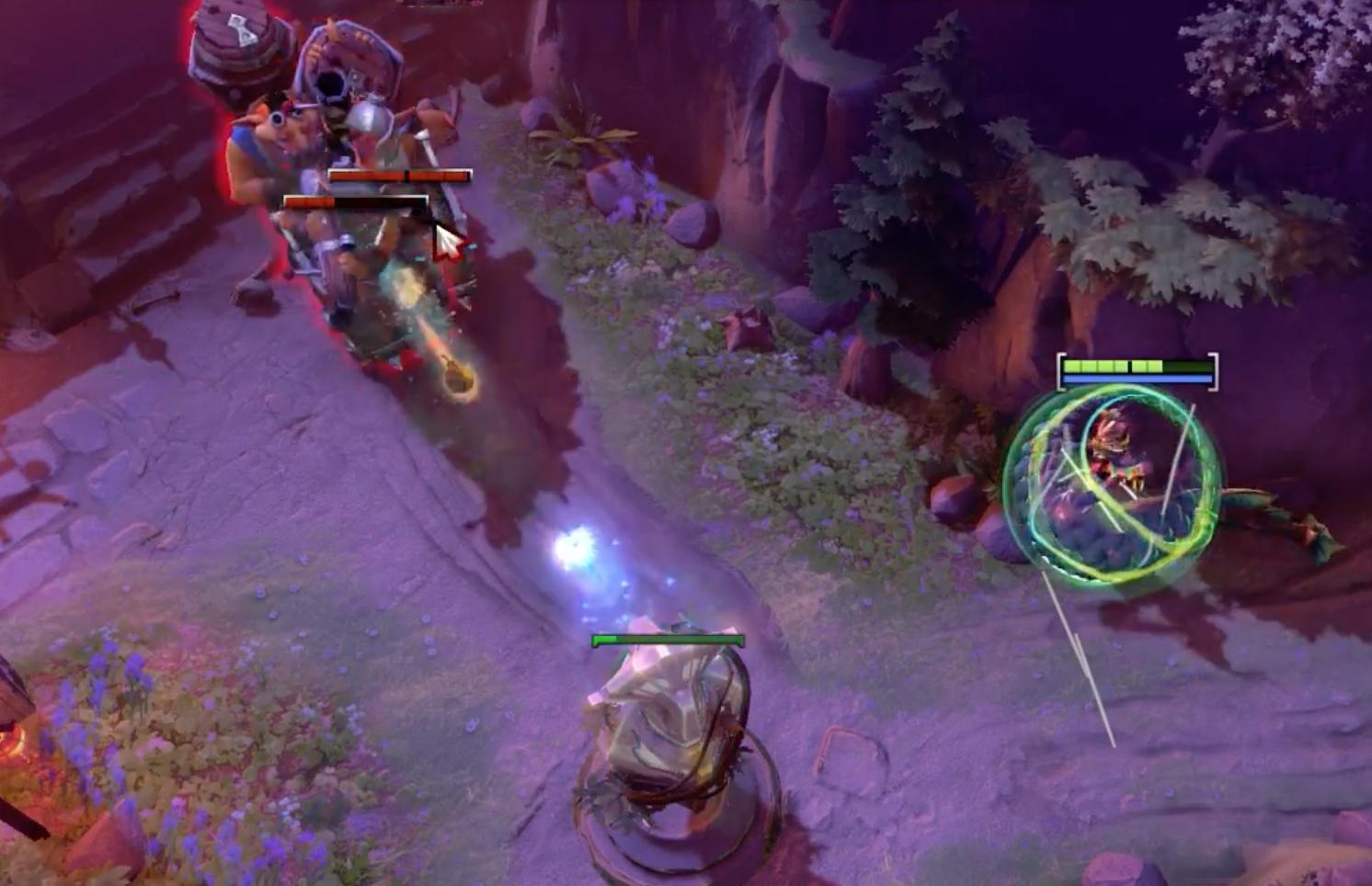 This round is surprisingly easier than the previous round. Techies have horrible HP, and although the mines do a ton of damage, but you can easily avoid them because they seem to trigger even without anybody stepping on them. 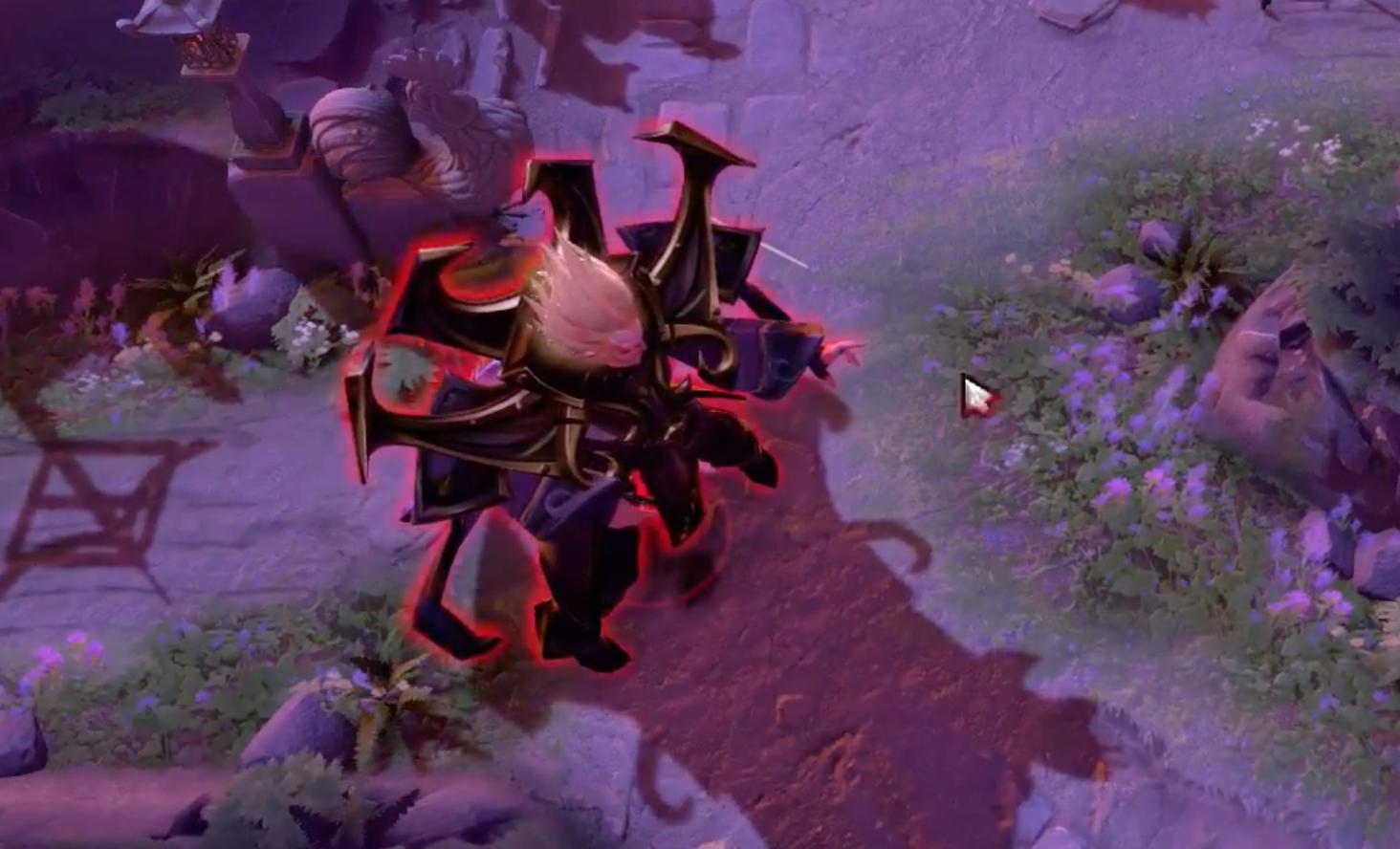 First you get, what seems like, just three Invokers with full items and 35k HP each. They don't cast their spells that well and the spells do about twice as much damage. After you kill all three though, the real battle starts.

"The Dark Magus" then appears, a 100k HP Invoker who has what seems like infinite damage. He will then disappear and constantly summon Forge Spirit and cast Cold Snap on all of you. After he comes back for a second time and you beat him to a pulp, he will do the same thing. He disappears again but this time casting insane amounts of EMPs and Tornados everywhere, each Tornado does about 1,200 magic damage and there are A TON of them, almost impossible to dodge. He will then disappear and this time cast meteors and sun strikes everywhere, each sunstrike doing about a thousand damage and meteors doing about 250 DPS.

Unfortunately I haven’t gotten past this round, So I don’t really know if there is any way to take down the Invoker after this point. But I did get rewarded with a lot of points. So I got that going for me. If I figure out how it's done, I'll update the article. If you know how to get past him please do share in the comments below or via a forum post or on my social media pages!