6o, May, 2018
For many gamers 'toxicity' and Dota 2 go hand-in-hand. One of the world’s biggest esports has developed a reputation of nurturing some of the most reprehensible players in the online gaming space. Several people have been driven out of actually playing the game and despite Valve’s best efforts, continue to be discouraged from actively playing the game.

Something about our favourite esport just brings out the worst in people. Players intentionally sabotage games for minuscule reasons, why does this happen? Is the game inherently toxic?

Well, those are complicated questions which I’ll try to elucidate with this article.

The problem with Dota 2 is that the way the game is structured and is meant to be played is a breeding ground for toxic players.

Because of the sheer complexity of the game, experiences with random teammates (the majority of players solo-queue) you match with vary from really good to okay to God awful. Players can and will get matched with players who either don’t want to collaborate, aren’t at the same skill level, or just want to troll their entire team.

Add to this the unmitigated number of ways where tilting is possible, you get the reputation of becoming one of the most toxic video game communities out there. Let’s break down the different ways which let toxicity break out and ruin a game. 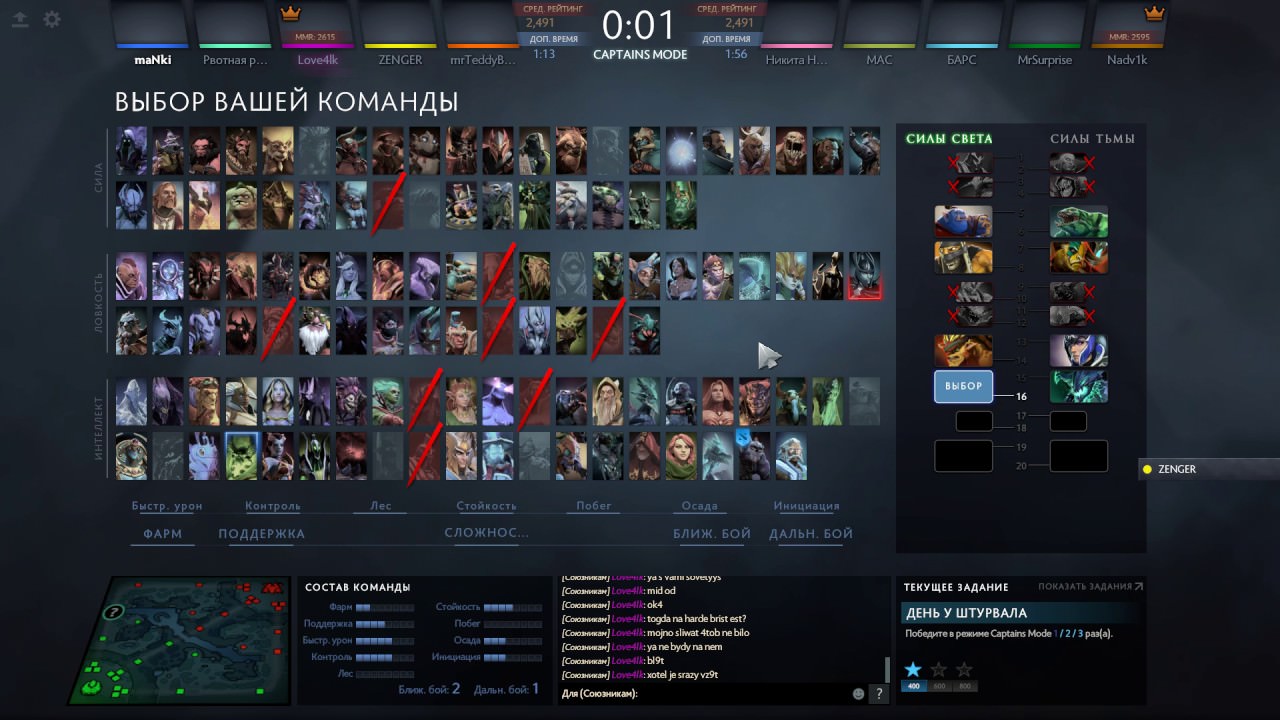 Let’s start with the very beginning of a game. Unlike most other games where the tilt process often begins when the game starts. In an ARTS, it can start in the drafting phase. Players mark their preferred positions on the team's minimap, and select the hero they're going to play as, and more often than not; already, there's disagreement. And this is before you even load into the actual game!

Ideally, a lineup should consist of 5 roles: a carry, a mid, an offlaner and 2 supports. Everyone has a preferred position and favourite hero.

But what happens when two people both want to play as the solo mid. This is where the first point of conflict arises. Unless this is a Herald tier game, there can only be one Midlaner, so one of the players is going to have to back down. Sometimes players, who don’t like conflict, back down. But that doesn't always happen. One of them abandons the game entirely in the drafting stage, which ultimately forces all ten players back into the matchmaking queue.

Or—and this is the worst possible option—they'll just ignore the requests of their teammates and pick whoever the hell they want to. If the team quibbles about this, they’ll walk down mid and feed to the enemy team thus ruining the game for the 9 other players who load into the game. 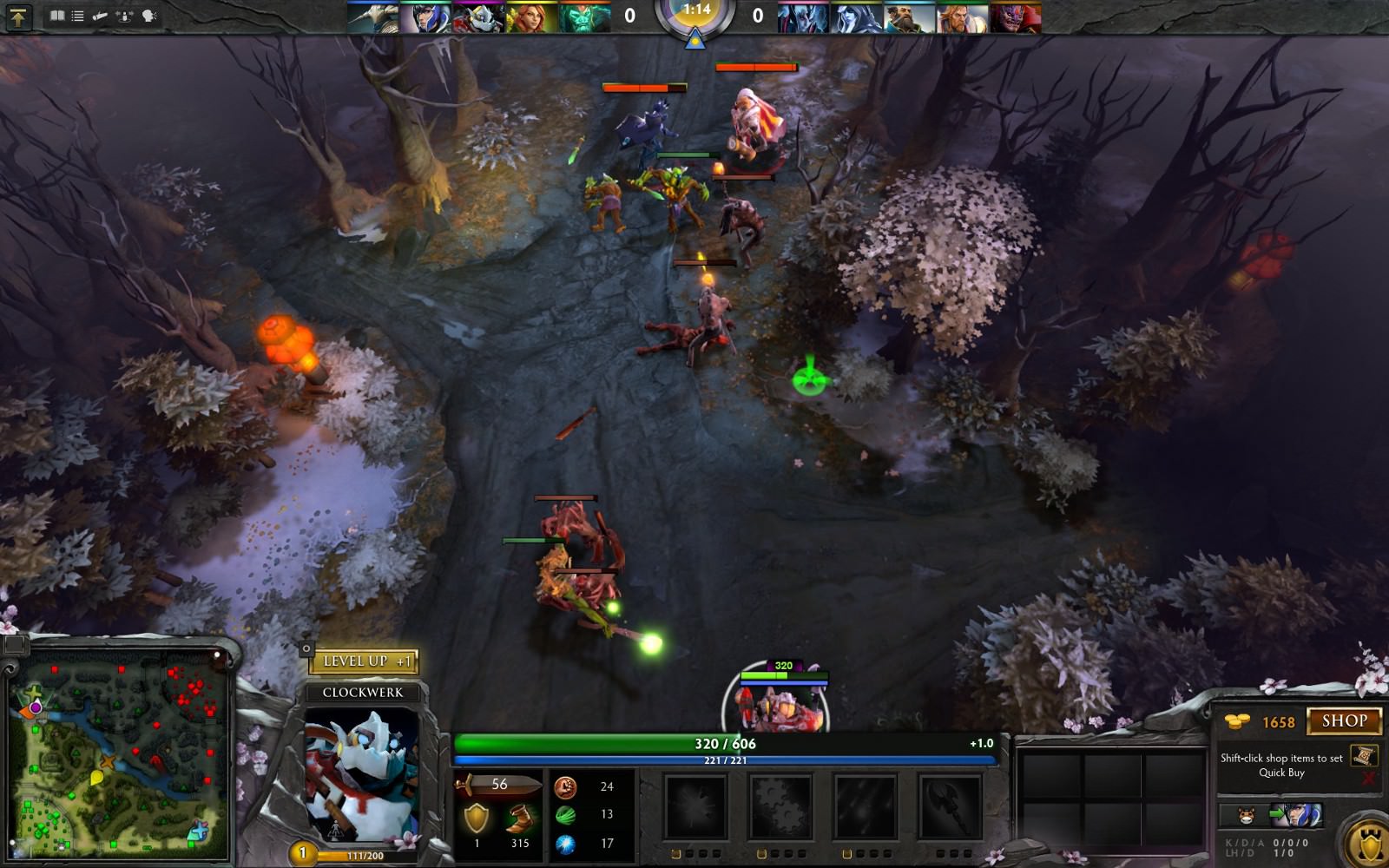 So you somehow managed to make it into the game, with all 5 teammates content with their roles (compromises or not). This is probably one of the quietest/smoothest parts of the game. The worst, you’ll probably hear is a sarcastic “->Well Played!” chat wheel message if you feed a courier or First Blood.

But gradually kills start piling up on. The way the game works, teams will have to start trading kills, objectives to build up their approach towards the ultimate end-game scenario. The constant pressure quickly exposes gaps in a team's lineup, if one team is doing well, that means the other isn't.

A weak player who isn't using his hero the way it’s meant to be used might start unintentionally chain-feeding the opponents. And this is where it starts. The in-game whining about how the opponent is gonna be so far ahead thanks to the gold accrued from the ‘chain-feeding’. What usually happens is that the feeder ignores this, sometimes he even apologizes and promises to do better. But the worst case scenario is when he lashes out: starts blaming the team for sticking him in a position he didn't want to play in the first place, or his shitty lane-mate who's not keeping him alive the way they're supposed to.

And so the flaming begins. It doesn't really matter who's right or wrong by then. What's important is that someone in the team will begin tilting thanks to this, and hey it adds on to the toxic experiences. 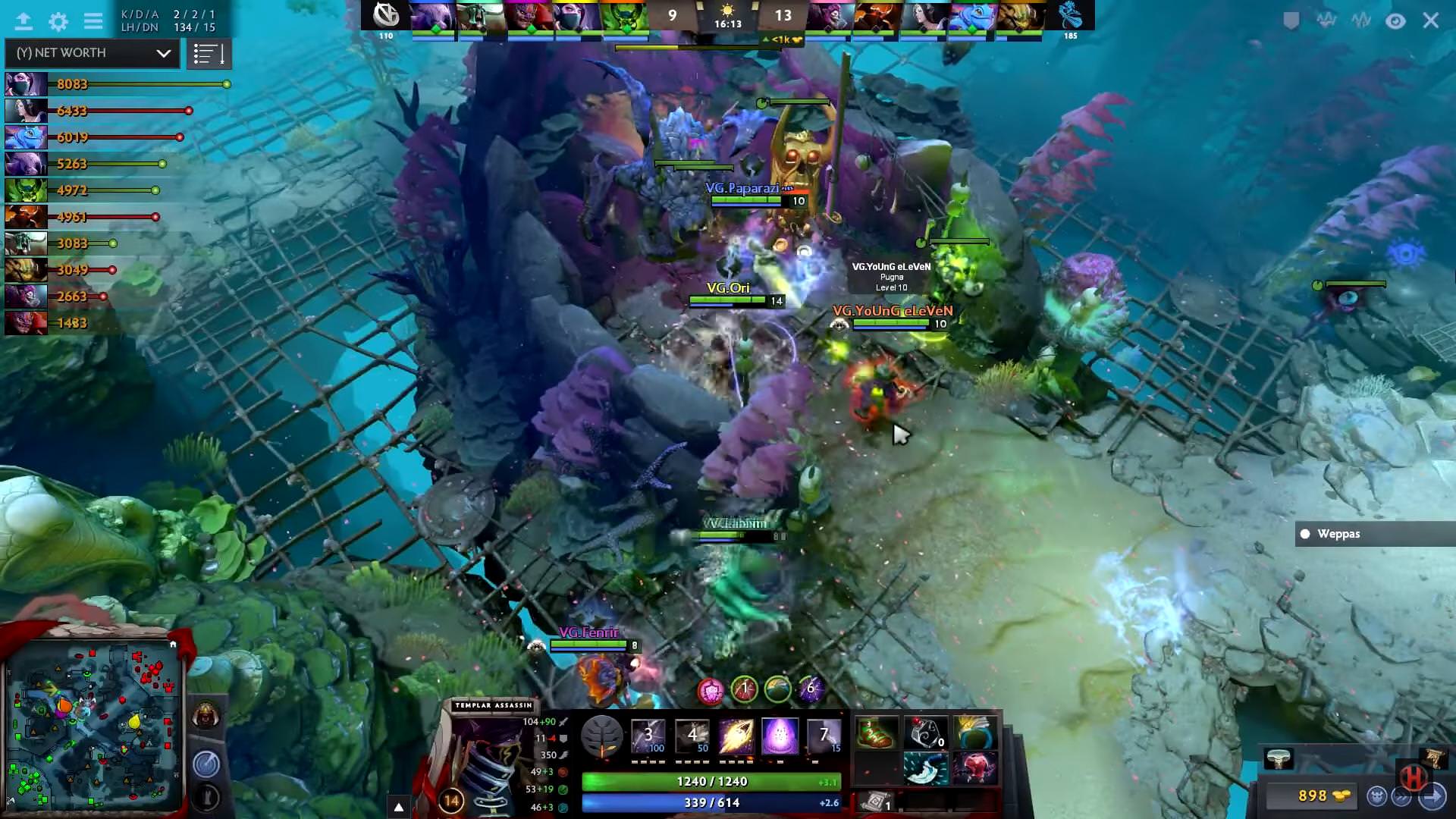 So the laning phase is finally over, the team breaks up and this is where teams without a proper leader will break apart.

A team which isn’t coordinated in the mid-game stage will have things fall all over the place. Players will attempt to split the map in order to farm more efficiently—isolating themselves, which turns them into easy prey (more feeding) for the opponent.

As the structure of the game loosens up, so too does a team's negativity. It's normally around this time in a bad game that I've seen players start lashing out blindly at anything and everything. 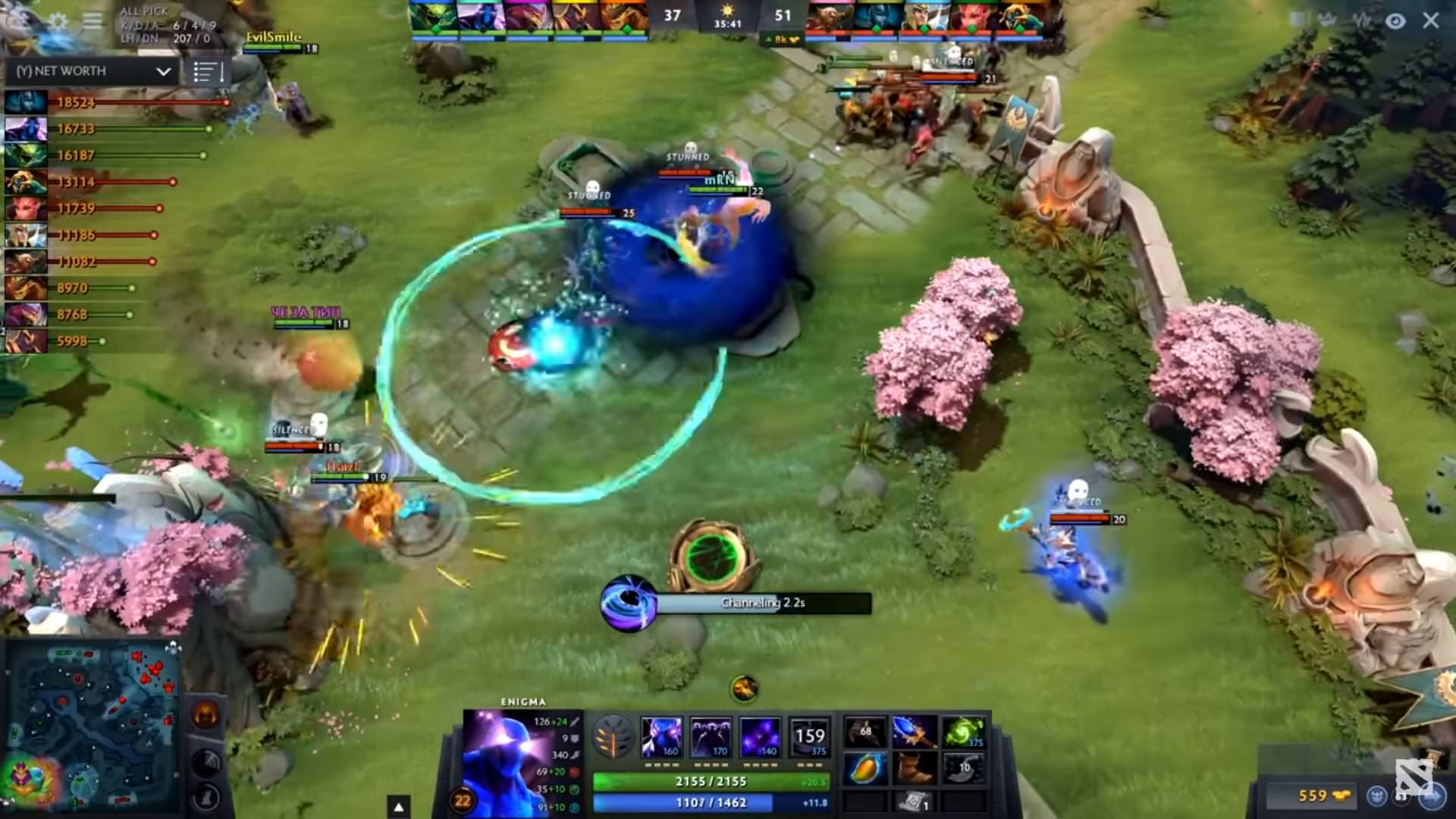 If you’ve managed to get to this part of the game, chances are that your teammates are quite decent or are willing to take the toxicity and are well equipped to play through it. Everyone's blood is pumping, and the fact is that you’ve invested 40+ minutes of your time in this game, so no one is probably ready to run down mid.

Even if you die as a result of a teammate’s mistake, the long death-timers will give you ample time to regain composure and play on.

Things will only get toxic when tensions within a team finally come to a head after they’ve definitely lost the game and there’s no chance of a comeback. Trolls will act as if they've been vindicated for all their "lol this team" comments from earlier. Whole teams might turn on one person who stumbled early on and fed an opposing hero.

But hey it’s just a few more minutes to hang on, till the end-game screen pops up. 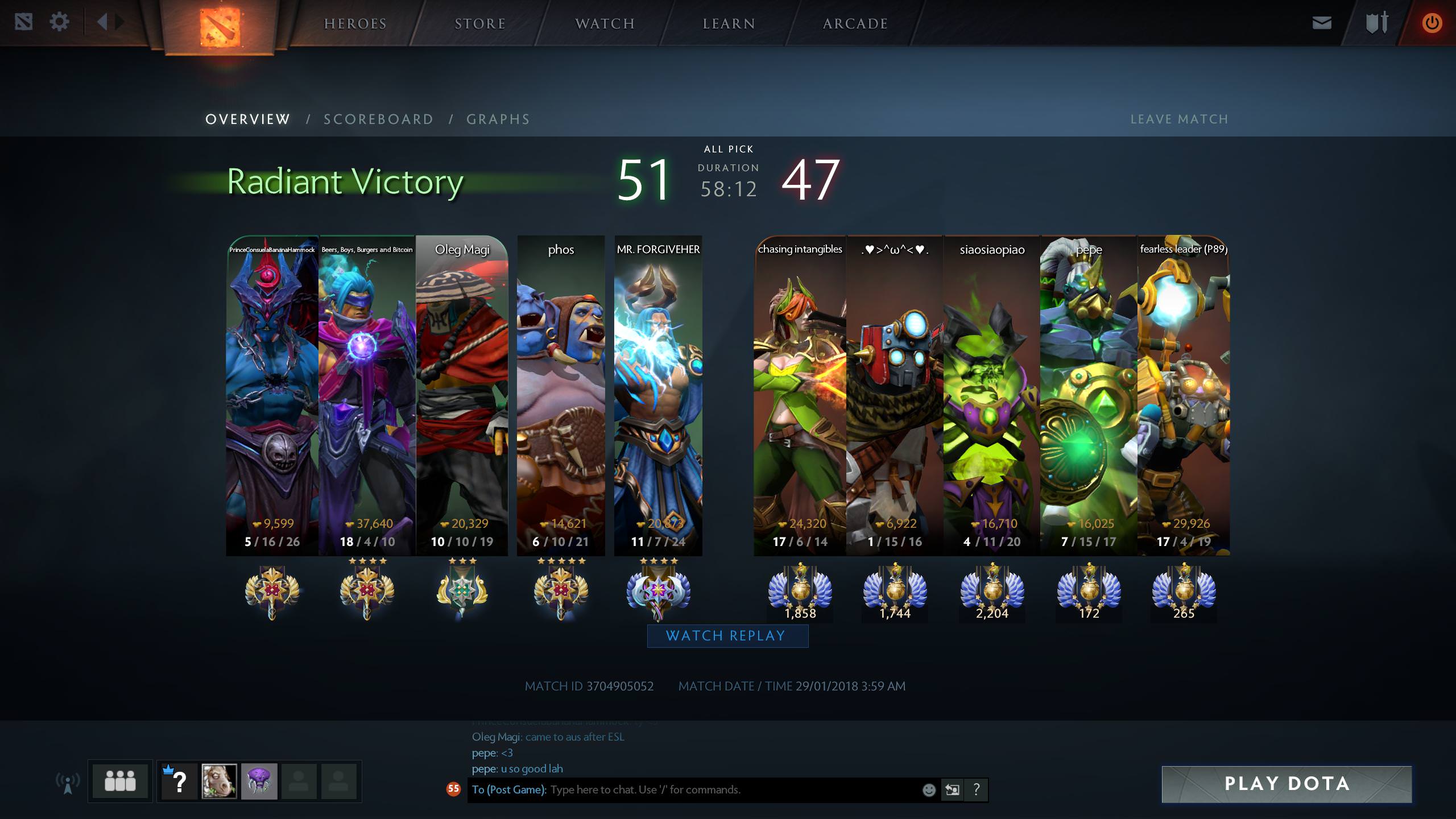 “GG ez” – enough said. This is the time for the opponents to flame you, adding to the toxic experience.

Free from the confines of having to actually play Dota 2, noxious players start venting to the enemy team or asking them to report one of their former allies. You can just walk away. But after suffering through the last game with a troll or a really bad player, there is a strong temptation to stick around and finally give him a piece of your mind.

You might be asking yourself right about now: "Why all the toxicity? Isn't this game supposed to be, played for fun?”

Well, the short version is that: The longer version of the story is that,

Dota 2 is an unforgiving, punishing game. Much of the problem arises from not having any way to punish these ‘toxic players’. The reporting system doesn’t really do much unless the player trolls/griefs multiple games and gets reported by multiple people. You can mute these people if you want to. But in a game where communication is so important, this might prove detrimental to you. So you just have to sit there and take it, which ruins your overall enjoyment of a game.

I think at this point there's no denying that Dota 2, has a serious issue when it comes to hate. Sexism, racism, bigotry, it is all there, and Pro-Players/Personalities who stream have shown that this is something that goes right down to the roots--not just on the fringe, but front and center in the Dota 2 Scene. The fact that VP.N[o]one, ALOHADANCE, CCNC, ixmike are some of the most successful streamers on Twitch despite raging/griefing in every other game stands testament to this, and honestly, that's pretty much the norm at this point.

The question is then, what can be done about it? Change has to come from within, etc., but if players like the above can make thousands of dollars despite their bigotry, why change? And the success of him, and people like him, continue to reinforce the behaviour in the rest of the community. There are people out there actively trying to educate and inform, like BSJ amongst many others, but while they're doing incredible work, their efforts seem to amount to a drop in the bucket, pretty much, because most of the community has no incentive to change.

So again, coming back to the question of what can be done, realistically, to combat the toxicity of the Dota 2 community?

Again let’s turn back to BSJ, he says that: “Valve should in some way monitor the highest MMR games, even if only for a while, and ban people who intentionally feed (or destroy items, afk with shadow amulet, or whatever else) with zero tolerance.”

This echoes a statement made by Weh “SingSing” Sing a long while back, He said that keeping the high MMR offenders in line will have a good effect on the rest. So many people emulate the top tier, popular players, more than people realize. It's more than just copying their names and builds. They imitate their language, playstyles, and attitudes too.

For proof of this, let’s turn to Tyler1 from the League of Legends community. You can just see how much influence, a popular player can have on a game.

A Divine 5 player from Europe recently made a post on Reddit which reiterated all the above statements with a detailed post on why exactly the high MMR bracket is so toxic and solutions to fix them.


High level pubs are a disaster and inherently promote ruining by any player with ambitions. from r/DotA2

The trickle-down effect from the high MMR games will gradually make low MMR players follow suit. Of course, there will be a few bad eggs nevertheless, but I believe that the toxicity will go down drastically if high MMR games are much more regulated.


That said, I want to say that toxic behaviour isn't actually the norm. It's the opposite. Any time I need to do research I have found the community to be nothing but open and helpful. I quite regularly see posts on /r/dota2 and /r/learndota2 asking for tips on how to play certain heroes, or how to get better at certain aspects of the game, and they are always greeted with friendly advice and people offering to help.

Regardless that is not to say that there are no bad eggs in Dota, I've also noticed a sharp uptick in player hostility ever since I've started climbing the MMR bracket with comparatively advanced players. I'm still only at Ancient 0, which means I have a long ways to go before breaking into high-level games. All the more seasoned Dota 2 players (Professionals and Divine+ players) I've spoken to, have essentially told me that from here on it, it's more of the same. Only things get more intense, and players become much more irascible, as the stakes of a game are raised.

Call me biased, but I wouldn’t be where I am today if not for the game and the ever welcoming Dota 2 community that populates it. I just hope we can get past this ‘edgy phase’ and move on to become a much more wholesome community as we start expanding to the masses and becoming more mainstream.