With 3 SEA teams playing in the bo1 round of the lower brackets, heartbreaks were expected especially with Mineski and clashing with each other. However, Fnatic became the first casualty of war as they fell to this TI’s real dark horses, Team Serenity.


Fnatic’s fell prey to the bo1 lower bracket format as Serenity got the win on the back of a better draft. The decision to put DJ on a support Phoenix, a hero he hasn’t played in the real past, cost them heavily as he couldn’t really have the impact he normally has from his position. Envy’s Ursa got shut down hard in the early game and the nature of Serenity’s draft made it hard for Abed to bully the supports. This put a lot of pressure on Universe on the Mirana and without any sort of a real setup, Fnatic found it hard to take teamfights.

The Phoenix egg was largely unimpactful as Gyrocopter’s Flak cannon and Lina’s right clicks made quick work of it and Fnatic relied on an underfarmed Envy to jump and give them a man advantage to win fights. A Roshan fight at around the 30-minute mark gave Fnatic some hope but buybacks on both sides cost Fnatic more dearly since they were already underfarmed. Fnatic fell further and further behind without any real way of coming back and Serenity knew they had a strong late game presence and never really panicked eventually taking a game-ending fight on their own terms. It’s been a disappointing end to a disappointing season for Fnatic who showed some glimpses of brilliance but were underwhelming in the long run. 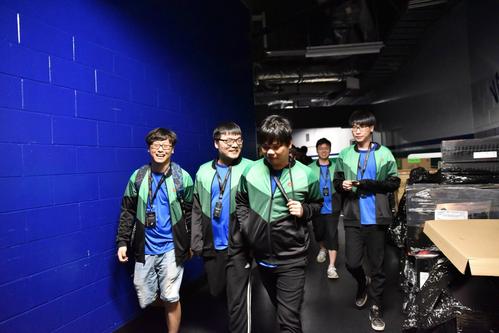 TNC vs Mineski - Experienced Mineski turtle their way to a win


Two SEA teams clashed heads in a crucial eliminator but it was the experienced Mineski team who came out on top. They went for a tried and tested late game draft featuring a Spectre and Shadowfiend and despite TNC getting a lot done early game even they knew that were on a clock which eventually ran out. SamH’s Pugna and Raven’s Clinkz both did a number on Mushi’s Spectre and iceiceice’s Brewmaster in the laning phase as even Armel’s tIny dominated Moon’s Shadowfiend. Mineski kept the farm up dogding fights and trying to disengage as much as possible and the Midas pickup on Brewmaster allowed him to stay relevant despite him being used as a sacrificial lamb in fights. Even then, highground was a tough ask for TNC as they would have to play things perfectly, allowing more and more time for Mushi to farm up. Ninjaboogie tanked much of TNC’s efforts and created time and space for Mineski who were more than happy to trade evenly or just keep 2 of their cores alive in fights.

Eventually a double damage pickup and backstab maneuver caught TNC with their pants down as Moon surprised them from behind and TNC lost all 5 players, signaling the end of their dominance. From there on out, Mineski had the upper hand and despite a heavy networth disadvantage, their cores had come online well enough to take on TNC. With Spectre and Shadowfiend dealing the damage and iceiceice controlling the enemy cores, Mineski took the fight to TNC with little risk and came out on top, forcing the gg.

This leaves only Mineski in the competition and all of SEA’s hopes lie on the shoulders of Mushi and company. TNC who have had some great showings especially on LAN now join Fnatic on the stands and will be spectators for the rest of the event.