The ESL Pro League Season 8 – Finals is about to start in a week's time taking place from 4th-9th December  in Odense, Denmark.

With all the teams from the selected regions qualifying onto the Main Event, the organizers have gone ahead and announced the Groups for the tournament.

The teams qualified for the Finals is as follows:

The 16 qualified teams have been divided into 2 groups of 8 teams each. Both these groups will be undergoing a double elimination bracket with the initial round being played as a BO1 followed by every other round featuring a BO3 series.

Top 3 teams from each group will be moving ahead to participate in the Playoffs.

Following is how the teams have been divided into the two groups:

The reigning champions Astralis seems to be in a comfortable group, facing any real danger only from Team Liquid and BIG but there will be stiff competition between the smaller teams who will be trying their level best to make it through to the Playoffs.

Group – B on the other hand has a total of 5 teams that are ranked within the top 10 in the world. MIBR, Na’Vi, Mouseesports, NRG and North are the five teams that will be going hard against each other for the three available slots. Although Shark, North and ORDER may not be up to the caliber of the other teams, one should always keep their hopes alive for a dark horse to reign supreme.

The bracket for both the groups has been set as follows: 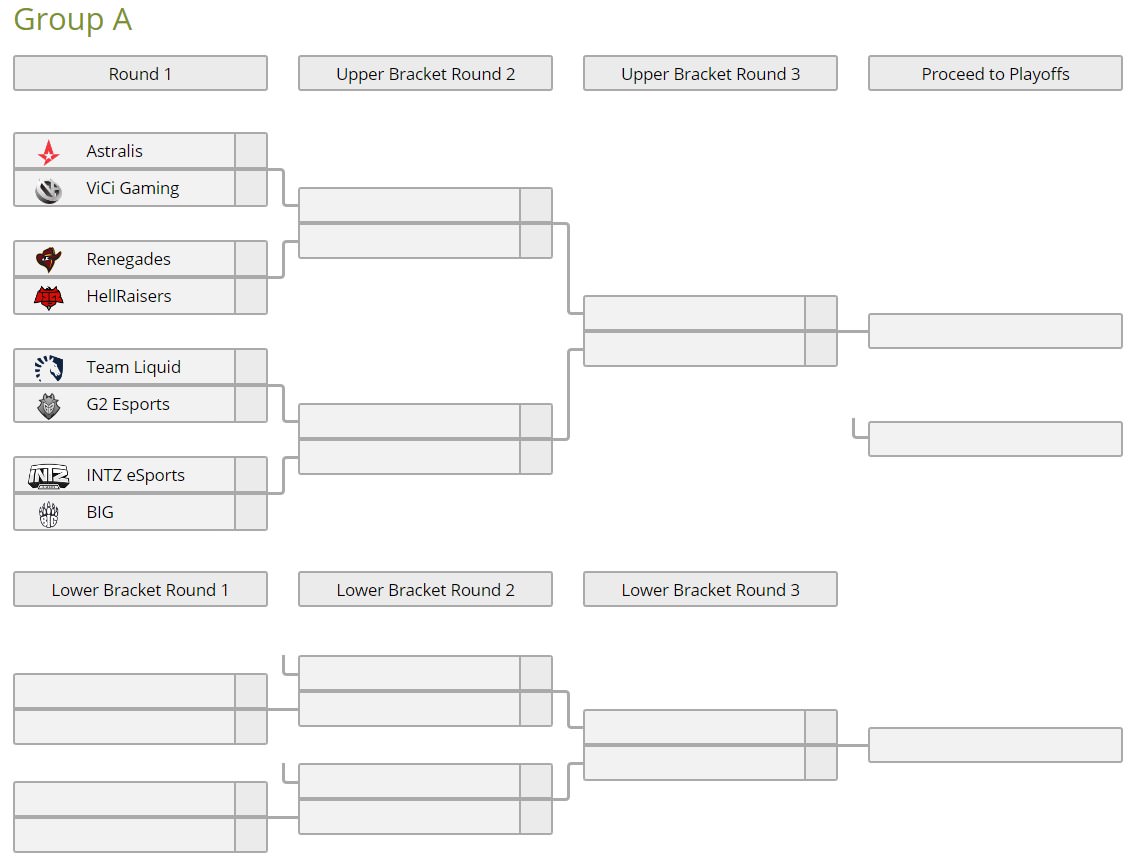 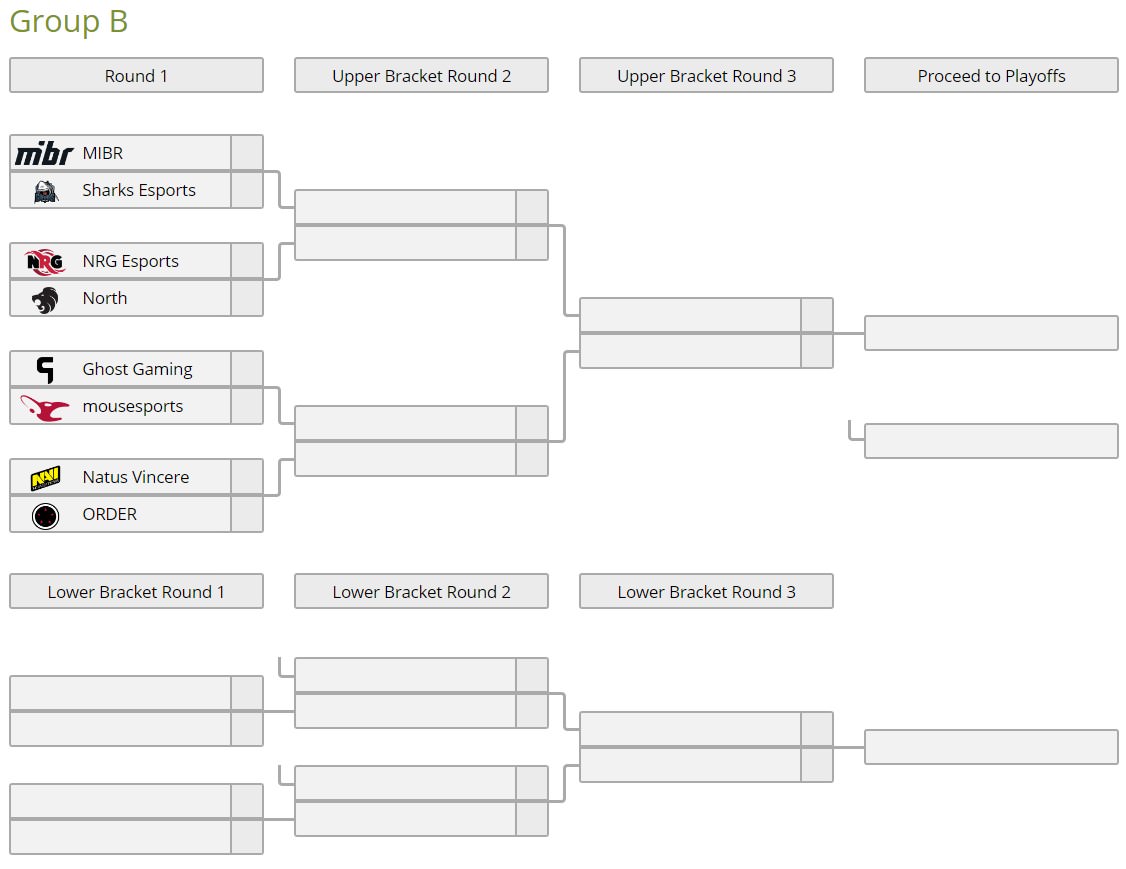