The India CS:GO Closed Qualifier for the COBX Masters came to an end today with Global Esports going all the way through to the very end and securing a slot within the Main Event which is scheduled to take place from 5th-7th April.

Global Esports the old and renowned esport organization has recently stepped into Indian CS with a pretty strong line-up consisting of a good mixture of foreign and Indian players. The COBX Masters Qualifier is the first event that the team has participated in and it has been quite a show by them, coming out as the victors and qualifying on to the Main Event.

The team played some solid Counter-Strike considering that both Zorineq and Kamil, the two Polish players were playing all the way from Poland with pings of around 150-180. Still, the team managed to take down Flashback Gaming and Team NSK in the initial rounds while taking down God Particles in the semifinals yesterday, sweeping them clean with a ‘2-0’ victory. 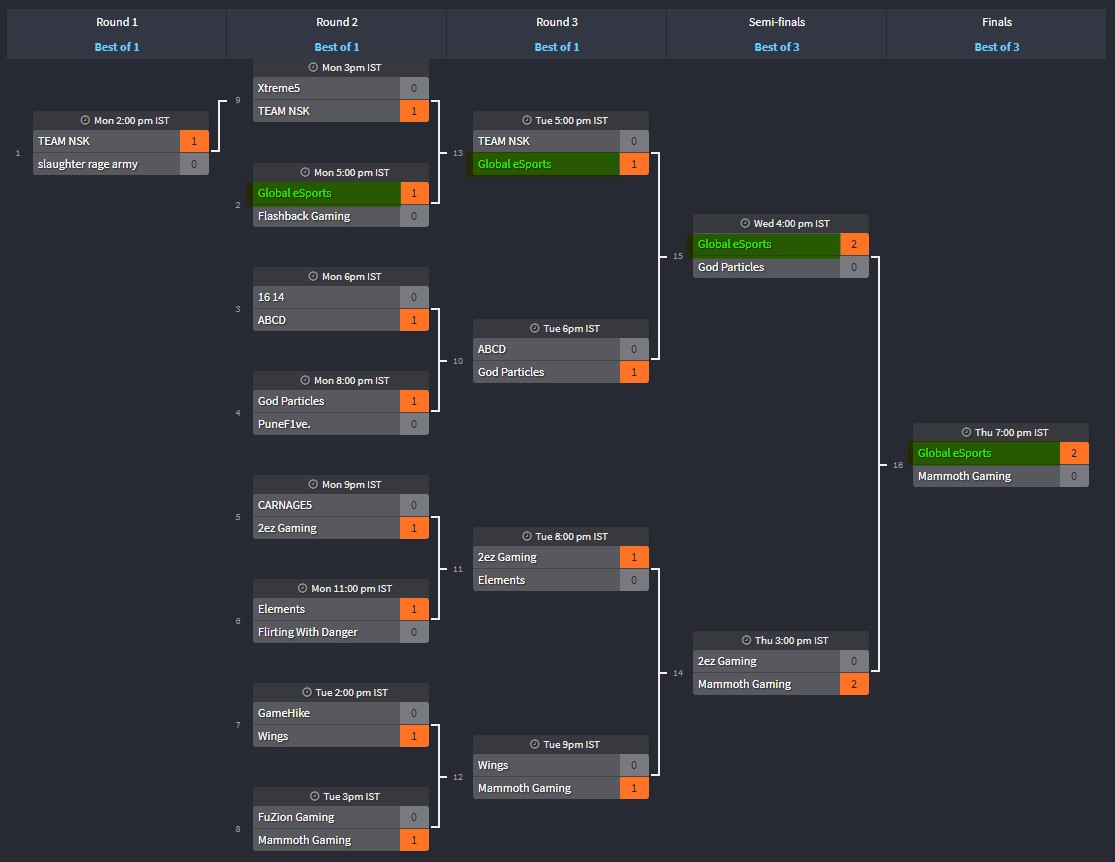 The grand finale observed them go against Mammoth Gaming which was quite the competition. Mammoth was giving a tough fight to Global Esports on Dust 2 which was their own map pick but it was only a matter of time before GE was able to push through taking them down by a score of ‘16-11’.

This was followed by another win for GE on Inferno where they were once to take the lead, keeping it intact till the end and taking the victory with a score of ‘16-9’.

With this, Global Esports have secured themselves a slot within the COBX Masters - Main Event, joining the Australian direct invite, Grayhound along with B.O.O.T-d[S] and Alpha Red making their way through the SEA Closed Qualifier.

Stay tuned as the India CS:GO Open Qualifier for the COBX Masters is all set to start tomorrow onwards.