14th, Mar, 2018
The GESC Indonesia Minor kicks off tomorrow and is the 10th Minor of the Season offering 300 DPC Points and features a 300,000$ prize pool. While many of the top teams have given this event a miss, a passionate Indonesian crowd and the presence of fan favourites like Na`Vi, Fnatic and EG make this event just as popular as any other.

Can confirm @GESChampionship is the best. I was playing some SEA pubs yesterday and shouted "I NEED ICE CREAM" and then they went and bought me ice cream. 11/10 event.

GESC has an 8 team system with EG being the only direct invite. The 8 teams have been placed in 2 groups which are used for seeding. Each group will be a GSL style format with a mix of bo3’s and bo1’s. The top seed will start off in the semifinals in the playoffs while the second seed while start off in the quarterfinals. The bottom two seeds will start off in the first round of the playoffs. The playoffs are bo1 for the first round and bo3 from then onwards. This certainly is a different take on the standard GSL format and it seems as if the organizers have ensured that all the teams get to play at least one match in front of the crowd.

The group stages kick off tomorrow and will last 2 days while the playoffs are on the 17th and 18th of the month. The group stages will not be in front of the crowds as is the norm while the playoffs are taking place in Indonesia Convention Exhibition, which is on the outskirts of Jakarta. All matches will be streamed on the official GESC Twitch channel and AFK Gaming will be covering them as well.

In theory, EG and Na`Vi are the stronger of the 4 teams in group A. The Infamous Vs EG match can be one which goes the way of the Peruvians since it’s a bo1, but it’s unlikely. RRQ are by far the underdogs in the tournament and have only made it courtesy of an exclusive Indonesian qualifier. They will have to work harder and smarter than the other teams to prove themselves at the tournament. However, the fact that no one is eliminated in the group stages is good news for fans of Indonesian Dota.

Group B is slightly closer but still, Bucharest Major finalists, VG.J Thunder are the favourites here. The team will be desperate to take a win at GESC after a lacklustre performance at in the finals at Bucharest. Fnatic have been in good form of late, finishing 4th at the ESL One Katowice Major and will be looking for their first DPC trophy here at GESC as well. Their first round opponents will be Digital Chaos, who have gotten back to Dota with their recent pick up of the Animal Planet roster. It will be an interesting match for sure, with EE going up against his former teammate, Aui_2000 and Abed facing his former organization. 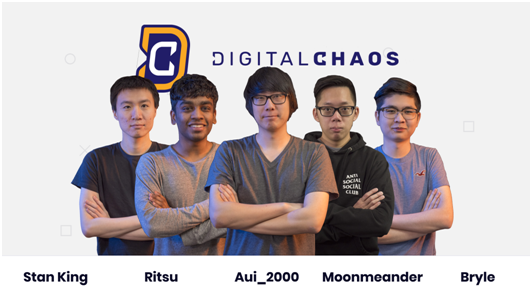 The team in Group B are the Swedes, The Final Tribe. While Swedish Dota hasn’t found the same glory as they once enjoyed, jonassofman, Era, Handsken, Pablo and NoX will be looking to change that here.