The very first team to be invited fo the PLG Grand Slam is the French team, G2.

G2 will be participating in the $100,000 USD prize pool event which will witness seven more teams being directly invited as we close in towards the main event. 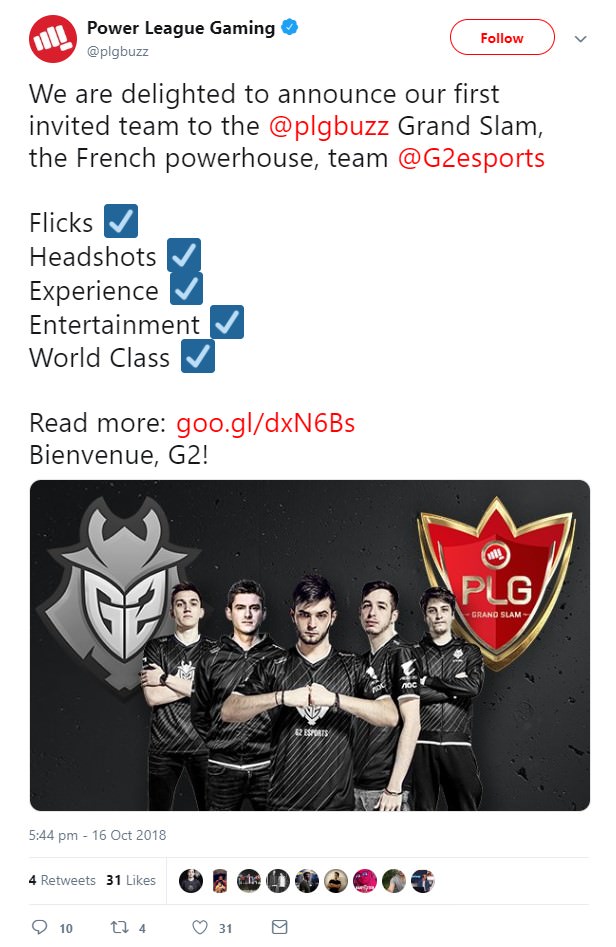 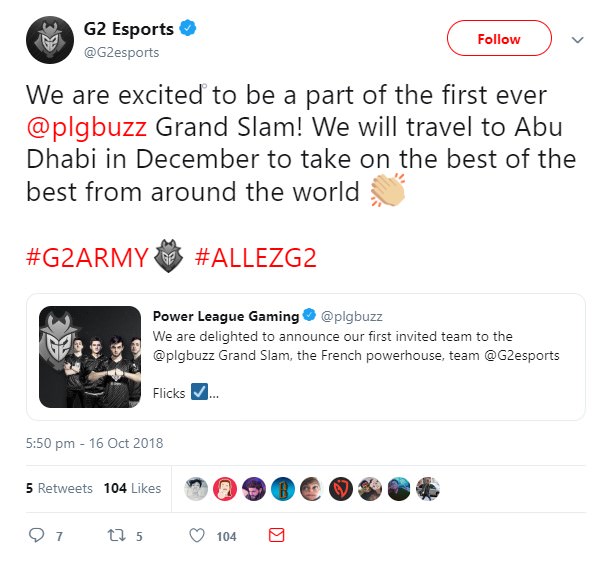