FURIA to go up against Avangar at the EMF CS:GO World Invitational 2019

FURIA and Avangar will be facing off against each other on 26th July at the Hong Kong Convention and Exhibition Center as part of the EMF CS:GO World Invitational 2019. The two teams will engage in a winner takes all best-of-five series with $500,000 HKD ($64,000 USD) on the line. 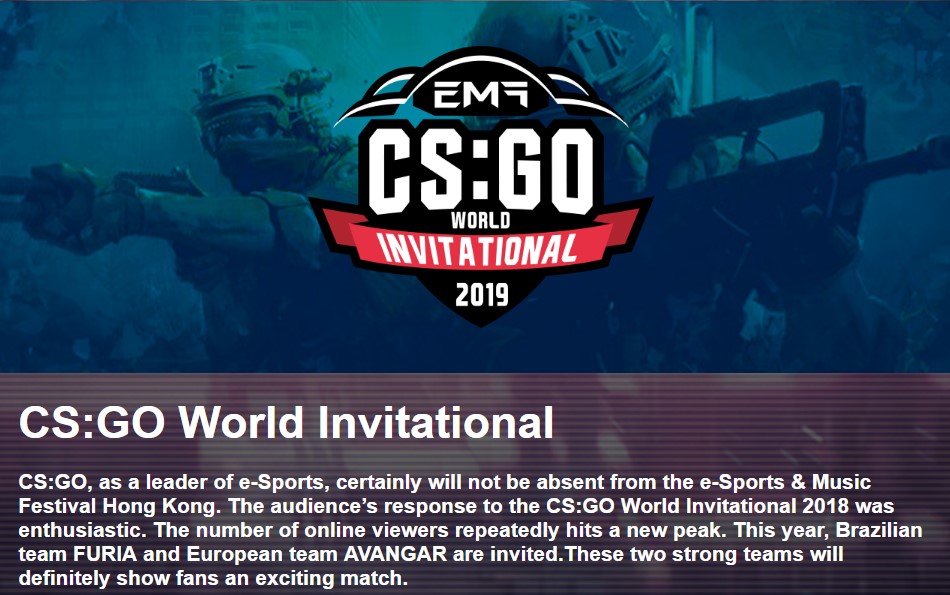 EMF CS:GO World Invitational 2019 is being played as part of the e-Sports & Music Festival Hong Kong 2019. The festival which takes place from 26th-28th July will observe a plethora of esport titles being a part of it with three other tournaments lined up along with the Counter-Strike exhibition match.

For the complete schedule of the tournament Click Here.

The match-up will be an opportunity for FURIA to prove how strong they have become since their last encounter with Avangar in the grand finale of DreamHack Open Rio. The CIS squad had come out on top last time around bagging $50,000.

Since their encounter, FURIA has risen from 19th to 8th according to HLTV world ranking while Avangar has fallen from 16th to 21st. Now, with a bigger prize pool on the line and the loser walking away with nothing it is the perfect time for FURIA to take their revenge and settle the score. Let’s see how hard Avangar can fight against the newly forged and heavily experienced FURIA.