The DreamHack Masters Dallas 2019 came to an end of the second day of the group stage and while it has been great until now for some of the top teams, it is especially a moment of joyous occasion for the Brazilian squad of FURIA who have successfully reached the Upper Bracket finals of Group - B.

In the course of these two days, many teams have undergone elimination as well. This is how the two groups stand after the first two days have come to an end. 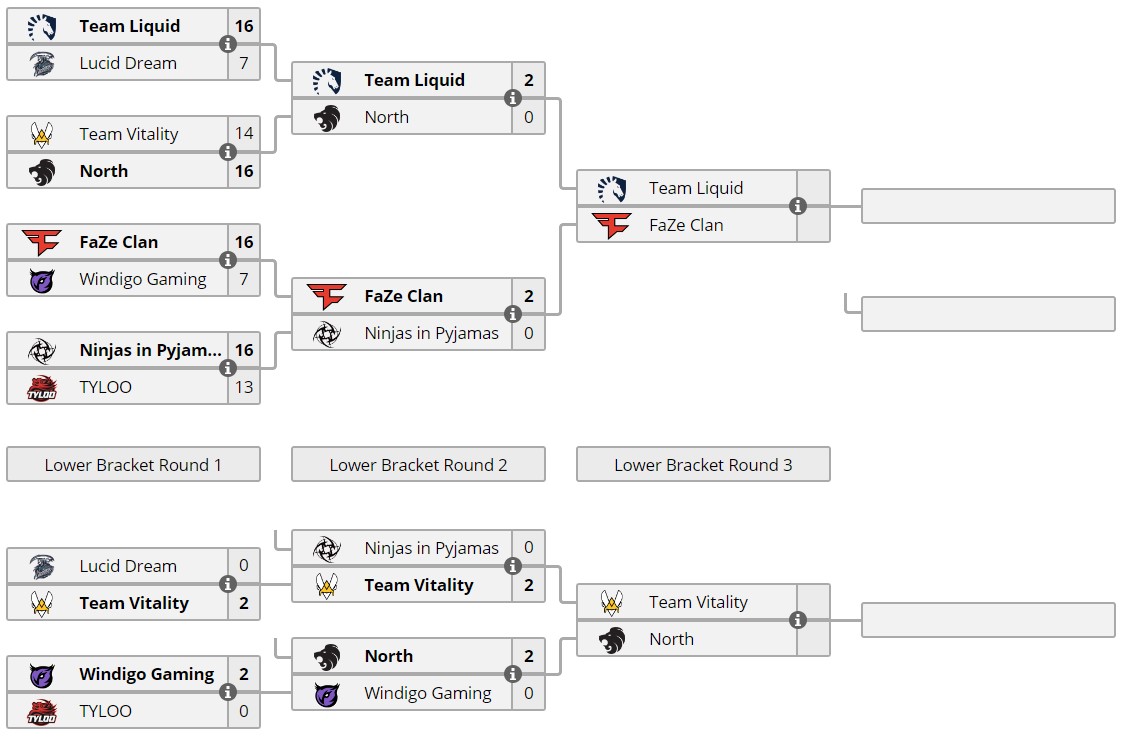 Group - A has already bid farewell to Tyloo, Lucid Dream, NiP & Windigo Gaming. While the two competitors from Asia were knocked out in the first day itself, the journey for the other two came to an end yesterday.

NiP while not having the best chances to win the event was still predicted to give a good competition but the Swedes straight up got knocked ‘2-0’ twice, by FaZe and Vitality to walk out of the event.

Windigo after a defeat on the first day itself kept their hopes alive by taking down Tyloo but the joy was shortlived as North eliminated them after taking them down ‘2-0’. Windigo put up a great hustle on Dust 2 against North mounting a huge comeback in the second half which extended the match to three overtimes before North was able to attain victory. 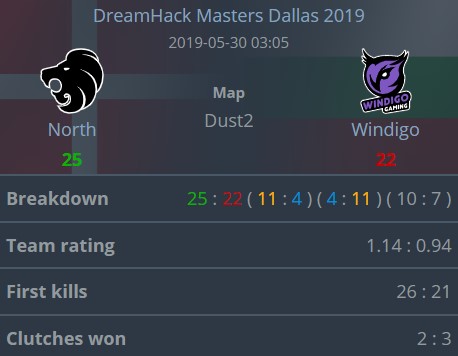 It was a bit of a shock to see Vitality go down to North on the first day but since then everything has played out perfectly with the best teams from the group reaching the upper and the lower bracket finals. 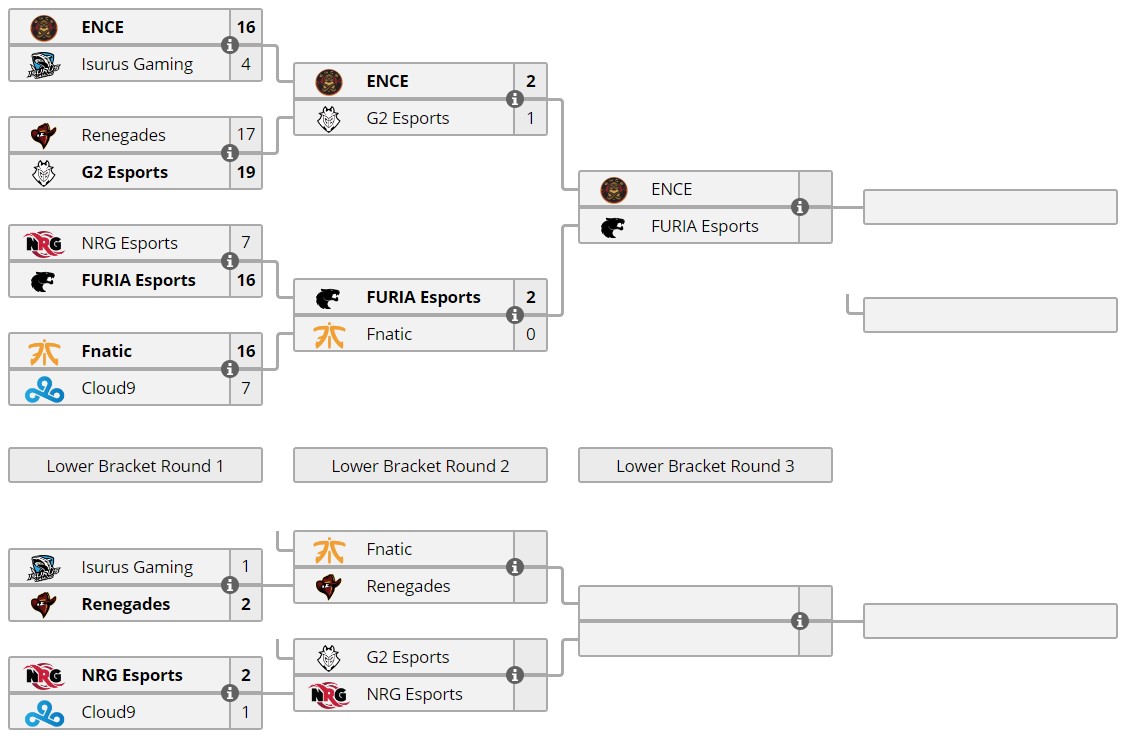 Group - B witnessed its first eliminations yesterday as Isurus and Cloud9 both got knocked out by Renegades and NRG. But the two went down fighting, Isurus put Renegades in a tough spot after attaining victory on the first map, Dust 2, though the Australians were able to see themselves through, it was quite an effort by them.

Taking inspiration from Isurus, C9 took the down NRG in their first match as well but failed to deliver the same results in the next two rounds.

The lower bracket hustle was great to witness but it was the Upper Bracket where the real hustle took place. FURIA at the moment stand in the Upper Bracket Finals against ENCE and this was truly unexpected considering the heavyweights it had to face on its way here.

But the shocking thing is that FURIA didn't just barely make it past their opposition. They did it in a convincing manner. After taking down NRG pretty easily, they controlled Fnatic on both Mirage and Nuke, playing a consistent game with a calm and steady mind.

This is all the action that has taken place in the event until now. With more action to follow today which will also mark the end of the group stage let’s see which teams make it through to the Playoffs.