The PLG Grand Slam 2018 – Europe Qualifier came to an end yesterday on 20th November with ForZe coming out on top as the winners, making their way onto the Main Event.

The Qualifier was hosted on FACEIT witnessing participation from 220 teams, out of which, only one would be making it through to the Main Event to be held in Abu Dhabi in December. The participating teams played in a BO1, single elimination bracket until the Quarterfinals following which both the Semifinals and the Finals featured BO3 series.

This is how all the action unfolded with ForZe coming out on top as the winner: 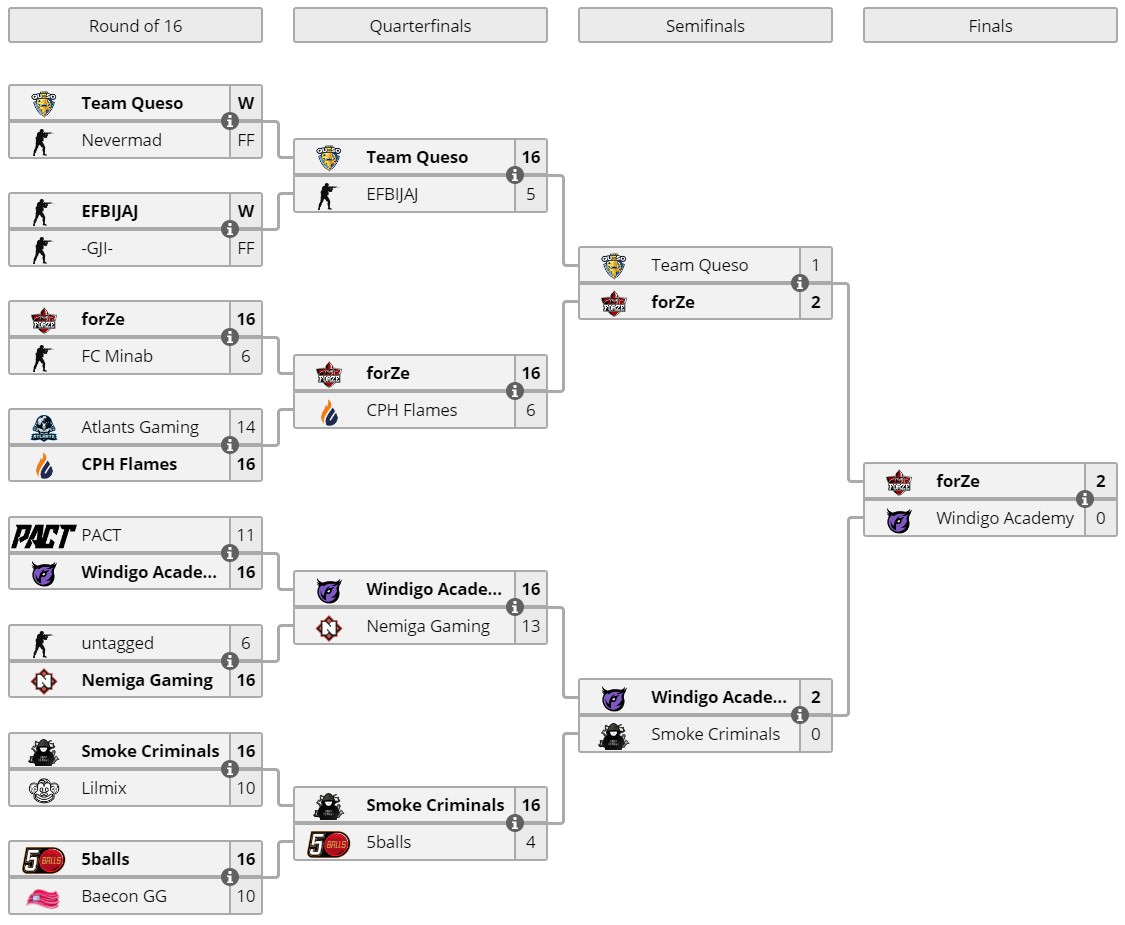 ForZe had it easy until the Quarterfinals, defeating FC Minab and CPH Flames both by a score of ‘16-6’. Moving into the Semifinals, ForZe took on Team Queso where they dropped their first game of the qualifier.

The Finals witnessed ForZe breeze past Windigo Academy with a series score of ‘2-0’, winning both the encounters quite comfortably with scores of ‘16-10’ and ‘16-13’ on Dust 2 and Nuke, respectively.

The last Regional Qualifier for PLG Grand Slam 2018 comes to an end with ForZe moving through the European Qualifier on to the Main Event to join the remaining 13 teams who are already a part of it.