Update : Our man on the ground has informed us that admins found something suspicious on the anti cheat from yesterday's game between OpTic India and FrostFire. Post the game, the admins went to his pc and found 3 suspicious files however they could not identify them. Since OpTic India had lost the match anyway they didn't pursue the matter further. OpTic India then proceeded to win map 1 versus Revolution today however on map 2, the anti cheat detected something suspicious once more on Forsaken's PC. This is when the admins paused the PC and checked his pc. When they alt tabbed they found a command prompt window running and when they questioned Forsaken about it, he immediately closed the window. Upon further investigation on his PC, the admins found three files named 'word.txt' and executed them via the command prompt. Once again, Forsaken was asked what these files are following which he immediately shift + deleted the files. The admins then went ahead and did a data recovery on his PC in order to retrieve the deleted files. Upon further investigation of the files, they traced it to something titled 'easy frag' (or ez frag). This was enough evidence for the admins to take a decision to disqualify OpTic India from the tournament.

Nikhil 'Forsaken' Kumawat has been caught hacking at the ZOWIE eXTREMESLAND 2018 Main Event in Shanghai. OpTic India has been dismissed from the tournament immediately and forsaken will be sent back home on the earliest flight.

A suspicious 4-man spraydown led the admins to pause the game and approach Forsaken asking him to back away from his PC. Upon further inspection, the admins confirmed that Forsaken was indeed using cheats at the event. Reports suggest that he even attempted to delete the files in front of the admins as they approached him.

Another tweet by Anthony ‘ImpressioN’ Lim shows around 5-6 admins surrounding Forsaken’s PC and observing it for some malicious content that might have been used to cheat in-game. 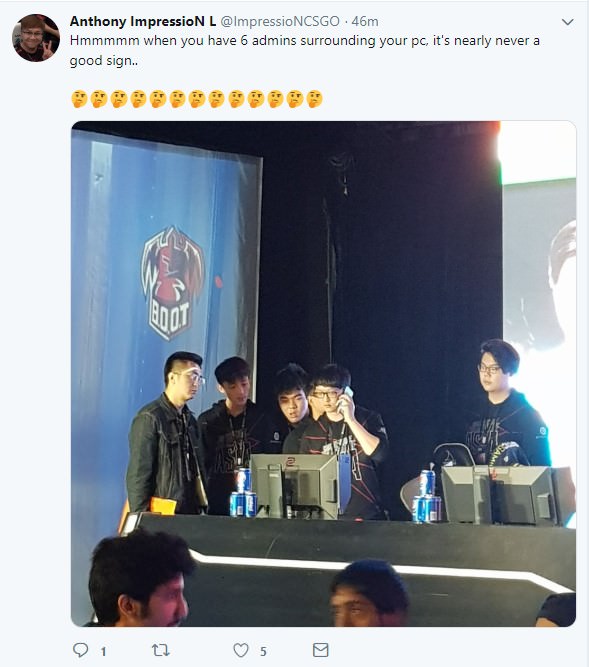 Last December, Forsaken's ban was reduced by the ESIC and he was regarded as a clean player by most.

Stay with us as we provide you with more details as we get them.