Fnatic reign supreme! Knock down Virtus.Pro to the Lower Brackets in Dreamleague: Season 11

They’ve done it! With a shocking 2-0 victory over the CIS juggernauts, Fnatic moves on to the next round of the upper brackets and secured a Top 6 placement in the Dreamleague: Season 11 Major.

The final match of the first round of the upper brackets in the Dreamleague: Season 11 Major pitted two hyper-aggressive teams against each other, which resulted in an incredible showdown in which the SEA representatives came out on top with one hell of a performance.

Virtus.Pro have been knocked down to a surprisingly stacked Lower bracket where Team Secret, Evil Geniuses and Ninjas in Pyjamas await.

Game 1: Fnatic were absolutely dominant right from the get-go in Game 1. Although MP and Abed were relatively poorer than their counterparts, DJ got tons of farm on his Shadow Shaman purchasing an early Aether Lens which proved to be the key to slowing down VP’s cores. With great timings on their BKBs, Fnatic just ran at Virtus.Pro’s cores who simply couldn’t deal with Fnatic’s control factors and ended up conceding Game 1, after getting brought down without buybacks.

Can't see inside the sprout? Just place a ward lol.


Game 2: The second game was a lot closer with back and forth movement in the networth charts, as both teams pulled off some spectacular plays to keep themselves in the game. But it was Jabz and DJ who once again proved to be the difference as they managed to find multiple initiations with their Batrider, despite VP’s Abaddon who was supposed to counter it.

Even though Fnatic possessed a substantial lead in the later stages, grabbing two raxes. Virtus.Pro almost came back after killing off all 3 of Fnatic’s cores with buybacks. The CIS team rushed to the Roshan pit to claim the Aegis, but a fantastic piece of play from DJ and Jabz ensured that Fnatic held on to that lead.


Following which Fnatic, team wiped Virtus.Pro (who were caught without buyback) and took down the ancient to secure a place in the Top 6 and 900 DPC points.

What a series by @fnatic!
They do the unthinkable and 2-0 VP!


With that win, Fnatic has set the stage for an upper bracket brawl against Keen Gaming. Fnatic has not bettered a Top 6 placement in a major this season, but they will be looking to buck that trend when they face off against the Chinese team on Mar. 23 (Friday).

Virtus.Pro, on the other hand, has a Herculean task ahead of them if they hope to make it to the Grand Finals. They’ll need to beat the likes of Team Secret, Evil Geniuses or Ninjas in Pyjamas to get themselves there. 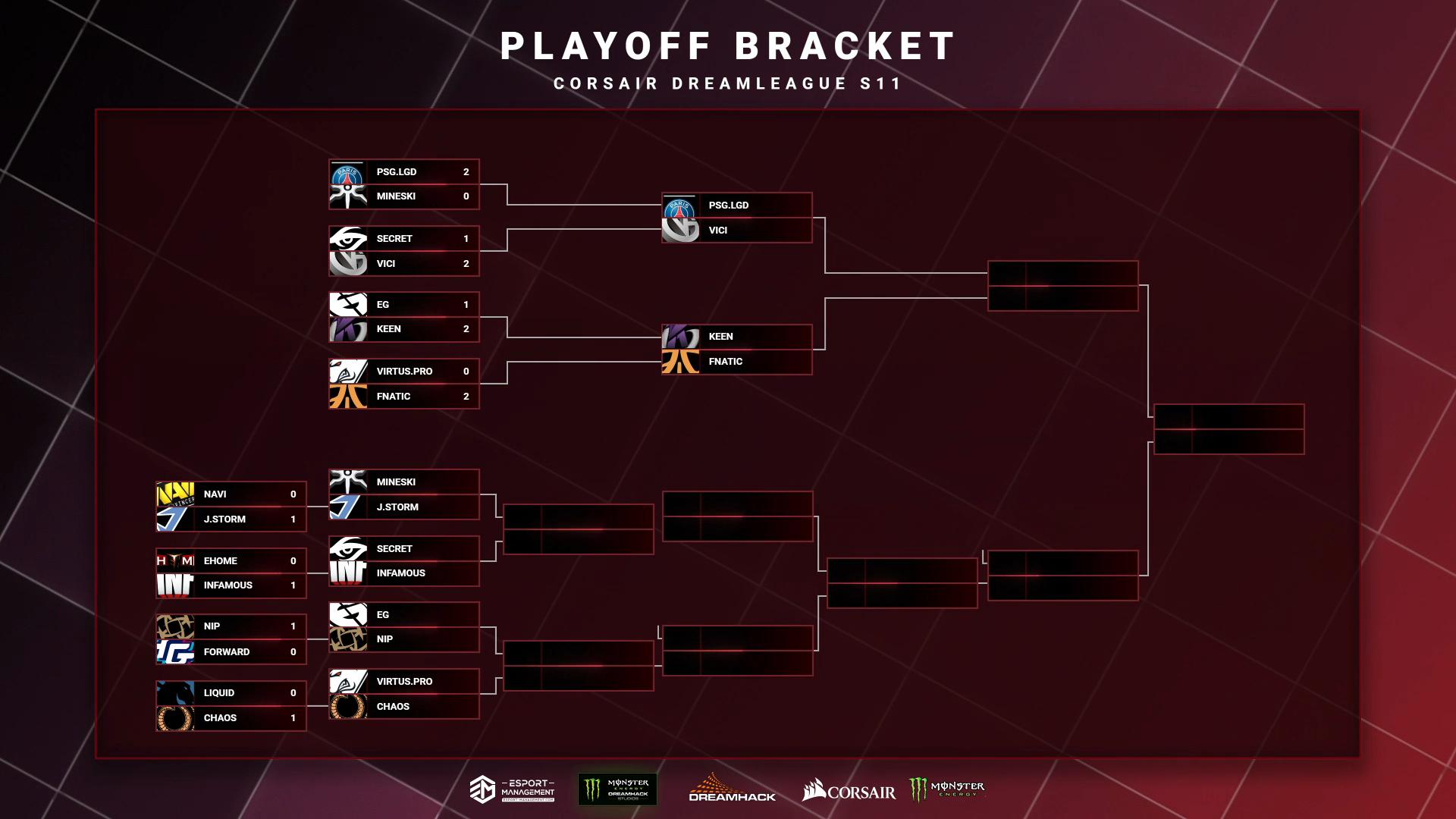