Game 1 versus Team Secret was a complete whitewash. The game lasted no longer than 22 minutes with Secret claiming 29 kills for the price of just 2.

Fnatic showed signs of life in the early stages of game 2 however an 18 minute teamwipe in Team Secret’s favour put a stop to all of that. Post this, MP’s Sven and MidOne’s Invoker claimed and retained the networth lead while the entire team itemized to deal with the armour reduction courtesy QO’s Desolator Phantom Assassin. This included an early Platemail on the Invoker and a casual buckler + medallion of courage on Puppey’s Witch Doctor.
At around 24 minutes, QO picked up a BKB and the entirety of Fnatic went fishing under cover of a smoke. The smoke reveal by Puppey on the radiant ancients’ highground lead to momentary hesitation by Fnatic which sent them into a downward spiral that ended in 4 deaths for the South East Asian Dota 2 squad. 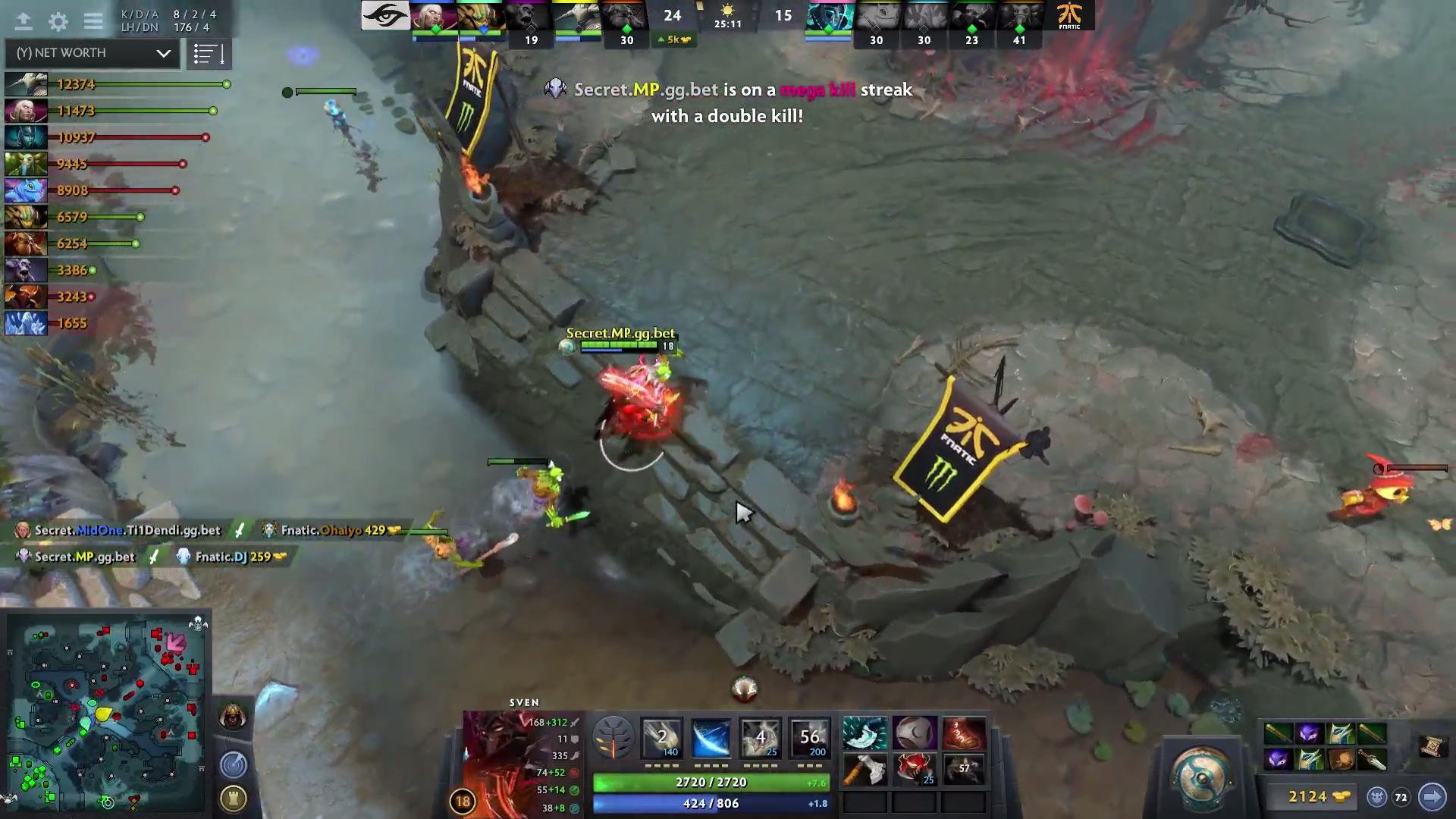 Shortly after Secret claimed the aegis, scored a double kill for MP’s Sven and decided to push down the bottom lane. Fnatic pulled up their socks and decapitated MidOne and MP handing over a neat 1,000 gold to Ohaiyo’s Nature’s Prophet.
Both teams traded blows up until a massive rosh fight at around the 38 minute mark where patience from Secret paid off as they found an early takedown on QO before cleaning up on Fnatic and claiming the second roshan for themselves. Armed with an Aegis, Bloodthorn, BKB, MoM and Battlefury on MP’s Sven, Secret rushed down the middle lane gunning for rax however they walk away with just a tier 3 tower and a pickoff on Febby (CK), only to come back and finish what they started at the 43 minute mark. 48 minutes in, Secret’s smoke manoeuvre catches QO offguard and without buyback resulting in a won team fight and a tap out from Fnatic.

Fnatic’s score currently sits at 1-12 and their lone victory was versus Team Infamous.  As things currently stand, they are the most likely team to be eliminated from Group A of The International 2017. Their remaining opponents are IG.Vitality and Evil Geniuses both of which are fearsome opponents that are likely to shutout the SEA squad.
About UsContact UsServicesRSS
DisclaimerAdvertise With UsArchiveEditorial Team