Fnatic crash and burn at the DreamLeague Major

2nd, Dec, 2017
EternalEnvy’s miserable run continues as his Fnatic side were victims of another first-round defeat, this time at the DreamLeague Season 8 Majors. This is Fnatic’s 3rd first round exit from a Pro Circuit tournament as they continue to disappoint fans and underachieve.

Much was expected from EE sama and Pieleidie when they made the move to SEA and Abed’s recent inclusion certainly did have a positive impact on the struggling side. However, the team still looks far from a championship winning side and proved so once again with just 1 game in 5 at the DreamLeague Major in Jonkoping.  Earlier this season they took part in the ESL One Hamburg Major and the AMD Sapphire Dota Pit Minor but were knocked out in the first round of both. They are currently at 11 losses and 2 wins in the 2017-18 Pro Circuit Season. 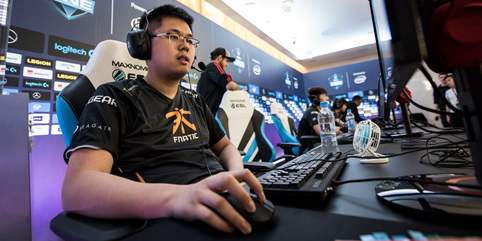 Coming into Sweden, they were very much the minnows of the tournament but there was some hope after the team had shown some improvement with recent additions of Abed as their new mid and Adam as their coach.

First up for Fnatic was a date with TI7 champions Team Liquid, who have been in sublime form with none of that rust that we see settling on teams who have won TI. They have gone from strength to strength in each and every tournament showing some truly spectacular displays of individual talent, teamwork and skill that will surely have made them one of the best sides to have played the game. 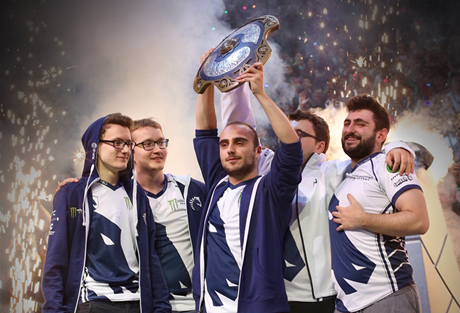 It took just about an hour for Kuroky and co to show Fnatic who is the boss, as they ended Fnatic’s pain in a quick 2-0 decimation. Recently honored with the PC Player of the year award, Amer ‘Miracle’ Barqawi showed just why he truly deserves the title in this series. He showed off his signature Morphling in game 1 and Gyrocopter in game 2 ending up with 34 kills and only 2 deaths at the end of the series.

Crystallize’s Morphling does Fnatic in

Up next for Fnatic was a do or die encounter against Navi, in the lower brackets. In game 1, Navi pressurized Abed right from the start setting him back quite a bit. This coupled with the fact that they had a free farming Faceless Void meant that they had a very good shot in the later stages of the game. On the other side, EE was unable to show his prowess on the Gyrocopter and his lackluster performance sealed the deal as Navi took the game in a 60-minute slugfest. Fnatic had the heroes and the farm to keep the game very even right till the end, but with all their eggs in Abed’s basket in the late game, it was a matter of using the Chronosphere to lock him down.

Fnatic got their only win of the tournament in the second game of the series after EE’s Bristleback pick finally worked out for him after quite a few losses. They won the draft as well as the game pretty convincingly as Navi’s heroes didn’t have the tools to deal with Jacky Mao and Abed. With Navi unable to go for BKB’s till late, Abed’s Invoker had a field day as EE got way too tanky to be brought down. 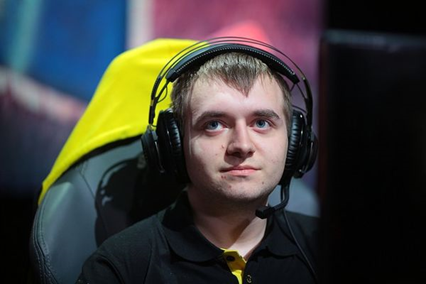 In game 3, Fnatic got outdone my Morphling once again as Crystallize power farmed his team to victory knocking out the SEA representatives. Some smart laning from Navi, meant that Crystallize got the lane to farm and with Dendi having the matchup advantage in mid against the Puck, it was only a matter of time before Fnatic were beaten. Working beautifully around Fnatic’s long cooldowns, Navi knew when and how to push their advantage perfectly. With Abed having minimal contribution in teamfights, Navi just waited or baited out Metamorphosis and took the fights from there.

Another disappointing performance for Fnatic and their fans will be losing hope quickly if this keeps up. With no tournaments lined up yet for Fnatic the future certainly is dim for this SEA lineup.
About UsContact UsServicesRSS
DisclaimerAdvertise With UsArchiveEditorial Team